Sunday is officially known as ” implementation day ”  when  Iran can begin to receive relief from debilitating economic sanctions.

To get here, Iran had to ensure it dismantled about two-thirds of its nuclear centrifuges and export or destroy a large portion of its enriched uranium.

Under the agreement , non-US countries will now be able to purchase unlimited amounts of crude oil and gas. Iran will also regain access to the international financial system and currency markets.

The sanctions relief comes at an important time for Iran. T he International Monetary Fund (IMF) recently predicted Iran’s economy would continue to suffer until international sanctions were lifted. That means economic growth in the country is predicted at near zero for the year 2015-16 and inflation is expected to remain high at about 14 percent.

“Prospects for 2016/17 are brighter owing to the prospective lifting of economic sanctions,” said the IMF. “Higher oil production, lower costs for trade and financial transactions, and restored access to foreign assets, are expected to lift real GDP to about 4 to 5.5 percent next year.”

International sanctions on Iran’s oil industry were tightened in 2012 over its nuclear programme.

Last month , Iran said it aims to export an additional 500,000 barrels of oil a day once sanctions are lifted in an effort to reclaim its 2012 share of the oil market.

“Our exports will be doubled within a short period of time after the sanctions are lifted,” Zanganeh said. “We have no worries about selling the 500,000. God willing it will be realised, and I should not be concerned about price, others should be. Under no circumstances will Iran concede its market share to others. We don’t seek permission from anyone to use our rights.”

Global oil prices have plunged  by more than half over the last year to about $30 a barrel in recent weeks.

In the wake of falling prices, OPEC – led by Iraq and Saudi Arabia – has increased oil production and Russia’s output has also reached a post-Soviet era peak. As a consequence, global stockpiles have reached a record high.

The IMF said a resurgence in Iranian oil exports in 2016  could push crude prices down by $5-$15 per barrel.

Iran’s economy offers considerable economic opportunities for Western companies. The country is home to nearly 80 million people and is the world’s 17th most populous market.

According to the British consultancy BMI Research, demand for computers, games machines, and mobile phones will increase from $9.5bn to $13bn by 2020. Anticipating a lifting of sanctions companies – including Hewlett-Packard, General Electric, Apple and Lenovo – have all been exploring retail opportunities in Iran.

Many Iranians currently live with a shortage of basic goods and services, and the country suffers from  double-digit inflation and an unemployment rate of nearly 11 percent. 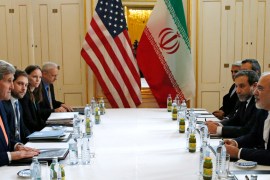 Dawn of a new era as Iran sanctions lifted