The atmosphere was calm and relaxed as millions of Taiwanese voters went to the polls on Saturday.

Many were voting for the first time. Others have memories of what Taiwan was like before it became a democracy 20 years ago, when the island republic was still emerging from years of martial rule.

This is one place where democracy is not taken for granted. Deep down, many voters know that this right would be denied them if China had its way.

If Tsai Ing-wen wins, she would become the first female president in the Chinese-speaking world.

It is perhaps a paradox that such a democratic milestone might happen on an island still claimed by communist China.

In the last presidential election four years ago, Tsai secured 46 percent of the vote when she was narrowly beaten by the outgoing president, Ma Ying-jeou of the KMT, who has been in power for eight years.

Voter turnout is expected to be high this time around, as well.

China is deeply suspicious of Tsai because of her support for Taiwanese independence. It prefers the nationalist KMT party because of its “one China” policy – namely eventual reunification.

How Beijing responds to this election will define the future of China-Taiwan relations. 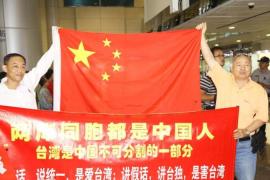 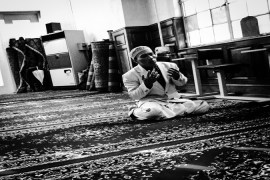 Islam in Taiwan: Lost in tradition