One of the challenges of filming in China is dealing with the dreadfully long traffic jams. It is a reality many of us are used to in the world’s most populous nation.

So you can imagine how surreal it feels to be walking down a silent eight-lane highway, devoid of life during rush hour.

Our cameraman and I were in Shenfu, a city in northeastern China that has come to symbolise the country’s faltering economy.

Shenfu is a ghost town sprawling over 22sq km. Where there once was farmland, abandoned buildings now litter the landscape.

It is one of hundreds of deserted cities across China where construction has ground to a halt.

Walking through some of these failed projects, we find many with their skeletal concrete structures still waiting for polished veneers to be put on.

Inside we stumble across discarded hard hats, machinery and unused raw materials still in their packaging – signs of unrealised promises.

Local officials spent hundreds of millions of dollars building Shenfu, in anticipation of it attracting some of the growing number of people flooding into the neighbouring cities of Shenyang and Fushun. China, after all, is undergoing the biggest rural-to-urban migration humankind has ever seen.

But what planners didn’t anticipate was that the country’s economy would slow down dramatically. The jobs dried up and the people never came.

And in Shenfu, that has meant that money to build has run out.

WATCH: The End of China Inc?

In a rare admission, government advisers say local planners from as far south as Yunnan province to as far north as Heilongjiang have made “monetary missteps”.

Economist Anne Stevenson-Yang says it is more like “monumental missteps”: “Wet your finger and stick it in the air and you’ll find a useless project in China.”

Over the past 20 years, Stevenson-Yang has travelled the country. Those travels took her through many outlandish developments including replicas of Manhattan and Paris, and hectares and hectares of empty high-rises.

What worries her and a growing chorus of economists is that all this building is sinking China under a mountain of debt.

“Potential for a serious crash”

In our own travels we came across a fake Dubai Palm island. Unlike the original, it was built far from the sea, using old farming irrigation canals to pump water into the development. It was going to be a retirement complex but construction has stalled there, too.

“Developers ran out of money,” a grumpy manager told us at the gate.

In Shenfu, local planners spent $16m building a 60-storey steel structure called the “Circle of Life”. It was meant to attract tourists, but so far, no one has come.

China’s Premier Li Keqiang says his government is addressing the debt issue. In March, he told the world not to worry, saying the economy was not headed for a “hard landing”.

But since then, rather than rein in spending, the government has encouraged banks to continue funding infrastructure projects.

With two billion square metres of residential space already lying empty, that has some economists fearing the worst.

“If China had been willing to give up that hyper growth, then it might have avoided the potential for a serious crash and a serious debt crisis. But it didn’t and it won’t,” says Stevenson-Yang.

As we found, it is workers who are feeling the pain, and they’re not happy about it.

In 2015, China witnessed the highest number of demonstrations in its recorded history, mostly by labourers.

In Sichuan province, we met a group of coal miners who recently went on strike.

Meeting with us in secret, many of the miners told us they feel left out of China’s economic boom.

“We citizens all work and are supposed to be the same in China, but in reality, others drive Mercedes Benzs and BMWs, and we don’t even own a bicycle. That’s our reality. We’re stuck in this mine, wondering how we will endure the next 30 years,” says one miner.

READ MORE: Inside the world of China’s ultra rich

Officials acknowledge the country’s rise from an agrarian society to the world’s second largest economy has left many “have nots” and that development has been “extremely uneven”.

But they insist that reforms are under way and that they will prove critics wrong.

What does it all mean for China Inc? One thing is for sure… it will be a rocky ride before we find out. 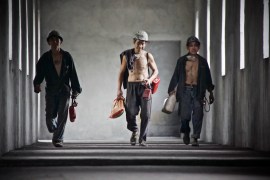 The end of the Chinese dream? 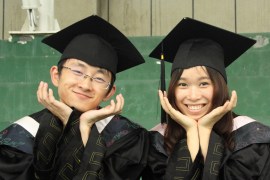 Chen Guojie is determined to land a well-paid city job rather than run his parents’ tiny silk factory in eastern China. 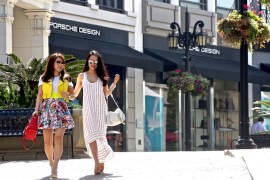