It is remarkable how quickly Jerusalem bounces back to normality after what the Israelis call a “terrorist incident”.

It was just before 1pm local time when a Jordanian man ran towards the border patrol outside of the ancient Damascus Gate shouting “God is Great” in Arabic.

The Israeli police say they “neutralised” the threat. Neutralised – what they mean is they shot the man dead.

A few hours later, everything was back to normal.

I mingled with the tourists after the incident. Judging by the looks on some of their faces upon hearing me report from the scene, they were surprised a man had been killed in this spot just a few hours earlier.

The stabbing incidents began in October last year when the Israelis restricted Palestinian access to the al-Aqsa Mosque compound, one of the holiest sites in Islam.

Young Palestinian men lashed out in anger. A knife is an easily available and concealed weapon. An almost perfect weapon for a desperate young man.

But it’s not that simple.

Some Palestinians say that the stabbing incidents are an outright lie. That some young men have been killed by Israeli forces and that no weapon has been found on them.

Human rights groups have also waded in, saying that Israel is using excessive force against the Palestinians.

Nothing is ever clear.

At the scene, a young Palestinian man shows me footage of the aftermath of the Damascus Gate incident.

I ask him whether he saw a knife. “Wallah! There was no knife. This was just a crazy man. Why would you kill a crazy man?”

By “crazy”, he means the man suffered a medical condition, and not that he was angry.

We may never know the truth of what his mental condition might have been. But if you charge towards heavily armed police shouting “God is Great” then I am guessing anger was certainly a part of his psyche.

I take a few minutes after reporting on the attack to take in the scene. The Israeli border patrol eyes our camera crew with a mixture of unease and suspicion. Attempts to speak to them about the incident are met with muted response.

As tourists stream through the gate and into the walled city, I can’t help but wonder how normal occupation has become. How even the death of a man hasn’t stopped the Old City from continuing on much like it has for thousands of years.

The paving stones of the floor have seen so much blood from so many wars that what is a little more?

As I walk back to the car to return to the office, more news comes in, this time from Hebron in the occupied West Bank.

Another Palestinian shot dead, in what Israeli authorities are calling another stabbing incident. That makes three Palestinians killed in three separate places in the occupied Palestinian Territories, in one day.

The attacks from both sides continue and yet life in Jerusalem goes on, a man’s death seemingly just another moment in this ancient walled city. 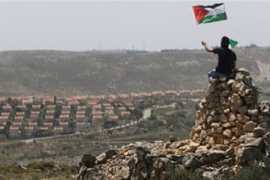 Tragic death of a six-year-old girl a reminder for some of the tension and double standards that persist in these hills. 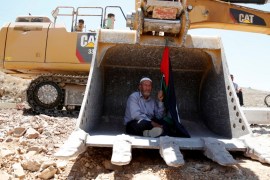