In the Nepali village of Hokshe, many residents have only one kidney.

Tempted by the promise of money, they are victims of an illegal organ trade that preys on poor, illiterate villagers to meet an ever-growing demand for healthy kidneys.

For some donors, the money never arrives. Many are left with long-term health problems.

Al Jazeera spoke with Rajendra Ghimire, a human rights lawyer and executive director of the Forum for Protection of People’s Rights in Kathmandu, about the devastating effects of organ trafficking.

Al Jazeera: How big a problem is kidney trafficking in Nepal?

Rajendra Ghimire: There has not been any attempt to find out the magnitude of the problem across the country. A survey conducted in the villages of Nepal’s Kavre district sets the figure at around 150 sold a year. Due to the lack of detailed and comprehensive surveys nationwide, it is difficult to speculate the number of kidney trafficking cases in the country.

Al Jazeera: Why have Nepal and India become a hotbed for the illegal trade in kidneys?

Rajendra Ghimire: Kidney trading happens in other parts of the world as well. In the case of Nepal and India, the causes are that Nepal and India are neighbouring countries with open, porous borders and there are no travel restrictions. Nepali people often travel to India for medical treatment and for employment, therefore it is easy to bring a victim into India and remove his or her kidney. In India, there are big hospitals and a large number of kidney transplant cases from India and abroad. The demand for kidneys is not fulfilled in India, therefore ignorant and poor Nepali people are being lured into this heinous crime.

Rajendra Ghimire: As human trafficking is a transnational criminal trade, the network of organ traffickers is spread across the globe. Arresting these criminals is not often an easy task because of their transnational nature and strong network with powerful people.

Authorities in the countries involved need to make a coordinated effort to tackle the situation. They need to be trained and motivated to work in such complex crime situations. In my opinion, coordination among civil society organisations, local administration, national institutions and international coordination is essential for tackling such situations.

Al Jazeera: For impoverished communities, the lure of money can be a powerful motive for selling a kidney. How difficult is it to remove the financial incentives of organ selling?

Rajendra Ghimire: A holistic and integrated approach should be taken by governments of the countries concerned. I think that for Nepal’s government, education, awareness-raising activities on a community level and employment-generating activities are necessary.

On top of that, political parties, civil society organisations and government organisations need to be mobilised on a local, district and national level so that the problem is tackled effectively.

There should be an initiative to harmonise laws, so that a criminal from one country can be tried in another country. A system of mutual legal assistance and assistance in crime investigation should be established so that illegal organ removal can be tackled effectively.

READ: Need a kidney? Inside the world’s biggest organ market

Al Jazeera: What more needs to be done to prevent organ trafficking gangs from preying on poor communities?

Rajendra Ghimire: Coordinated activities need to be conducted in all the needy areas of the country. Raising community awareness should be of prime concern, and providing them with opportunities to improve their financial situation is another important aspect.

Awareness training for law enforcement agencies and officials, such as police, court officials, government attorneys and other concerned bodies is also important in increasing the conviction rate and punishing criminals. The Nepali government should have the political will to tackle the situation by coordinating with the neighbouring governments. 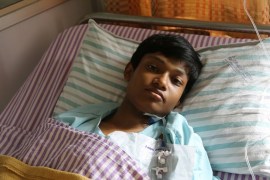 We explore Asia’s organ black market, from the villages of Nepal to the Indian city known as the ‘Great Kidney Bazaar’. 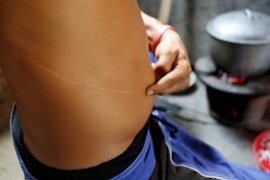 Need a kidney? Inside the world’s biggest organ market

The illicit kidney trade in South Asia has exploded as brokers use social media to find donors.