I’d shown him the diamond ring on my finger as we were standing in line for breakfast at a McDonald’s in my home state of Kentucky. “That’s terrible news,” he’d said. “Terrible.”

He claimed that I “had blinders on”, that we’d be discriminated against for being an interracial couple.

As I finished planning my October wedding, I clung to the vain hope that he would come around.

I selected an arrangement of international, interfaith music for the ceremony, and reserved the mouth of a storied local cave for the reception.

An artist friend hand-designed the invitation, which I mailed to 175 guests from as far away as California and Vermont. I nailed down every detail, from the Adrinka symbols on the cake to the purple satin bows on the back of each chair, but my father refused to be nailed down. He refused to be an easy wedding detail.

I was then living and working in New York, but I’d flown down to Nashville on the weekend of September 8 for my final dress fitting. On September 11, I was at my mother’s house in Kentucky, getting a last bit of sleep before my mid-morning flight, when my mother’s phone rang.

It was her friend. “Everything’s burning in New York,” she told me. “Turn on the TV,” she said, and we disconnected.

When I turned on the TV, I was jolted. American Airlines Flight 11 had flown into the North Tower of the World Trade Center, and as I continued watching, I became one of the millions of Americans who then witnessed United Airlines Flight 175 crashing into the South Tower.

It was perfectly unreal, this assault on my country. Not since Pearl Harbor had we experienced such a thing. The United States of America, for generations, had been safe soil.

The city I’d adopted as home was now burning, yes, and even in the horror of the moment, as a series of terrible feelings settled like sediment into the pit of my stomach, I felt propelled to return. At 9:42am, for the first time in history, the FAA grounded all flights over or bound for the US, and I realised that I was very fortunate to have rented a car at the Nashville airport a few days before. I watched television as I packed, and the telephone rang again.

I answered “Hello?” and got silence.

“Hello?” I said again, but the other person clicked off.

I knew it was my father. He hadn’t spoken to my mother in many years, but he still had her phone number, and he had seen the news.

Thinking that I was in New York, he’d called to check, to make sure his daughter was safe. I had mere moments to process this. I stuffed the last of my things into the small overnight bag I’d flown down with, and I got in my tiny rental car and drove through town towards Interstate 65.

On the road to New York

In 2001, no one had GPS. Mobile phone usage was far from ubiquitous. There was no Sirius/XM. I had an empty rental car, a map of the US that I’d taken from my mother’s house, and local radio.

Near bigger cities, I had National Public Radio and its continuous coverage, and as I drove through Kentucky, towards Louisville, I learned that hijackers had crashed Flight 77 into the Pentagon. They had crashed Flight 93 into the Pennsylvania countryside. This was a coordinated attack on our country. Our world had changed in an instant, in ways we wouldn’t even begin to understand for weeks and even months afterwards.

As I’d driven back north on September 11, I’d felt the thermostat of public opinion adjust itself dramatically the further north I travelled. Driving up the giant square of Ohio, I heard radio DJs calling for the US to “kick some Arab butt”.

In Pennsylvania, where I spent the night, sentiment was similar: A DJ near Allentown paused from his hawkish fervour just long enough to encourage people to send stuffed animals to the children of Manhattan.

In New Jersey, however, as I edged ever closer to Manhattan, the sentiment had turned to pure, numb horror.

The reporting on my radio began to be about the number of dead, the sheer size and scale of the tragedy.

I drove across the George Washington Bridge, watching thick black smoke pour out of the part of Manhattan that had been the World Trade Complex. There, New Yorkers and tourists alike had danced and eaten and worked. Now, there, 2,753 of them had died.

I myself felt no call to vengeance. I felt, instead, what many New Yorkers felt – that nothing like this should ever happen to anyone again.

How easy it was, I noticed, to beat one’s chest and ask for a “war on terror” when one had not suffered any of its consequences. In the middle of the country, terrorism and retaliation were hypothetical, video game-style notions.

There in my adopted city of New York, the game had turned a little too real.

No more, I thought, as I got ever closer to my home, which was covered by a toxic cloud hanging over lower Manhattan.

No more. A country couldn’t return terrorism with terrorism unless it meant to go on terrorising and being terrorised forever.

Because I was leaving the country to start a Fulbright fellowship the month after I married, I had a small window of time to have the name on my passport amended. I’d read in the newspaper that armed soldiers now stood in the subway stations, and I saw them for myself when I took the train down to the passport office on Hudson Street.

The office was within walking distance of Ground Zero and its jet-fuelled fire that would burn for three more months, and as I hurried from the subway station to the office, I held my breath.

I returned to our home in Riverdale smelling of carcinogens.

I did have my passport, which had been amended on the spot, with my new, married name typed on a back page. But I had a sense that my future, like that of everyone else in the country, had been irrevocably altered by the events of 9/11.

The Islamophobia that had long simmered under the surface of American politics became openly hateful and caught flame: when Balbir Singh Sodhi, who wasn’t even a Muslim, was shot dead at his own petrol station on September 15, thinking Americans everywhere felt a deep sense of shame.

I got married on October 7. I thought my father might show up.

He maintained his silence and my mother walked me down the aisle. The ceremony was beautiful. The reception was dazzling. Most of the guests were Kentuckians, but others had flown in from elsewhere. The artist friend who had designed my invitations joked that he had left hair and nail samples with his wife in Massachusetts, just in case. The East Coast knot of us who would be getting back on planes the next day laughed, but it was uneasy mirth.

Already, not even a month after the attacks, getting through the airport to board a plane was an event.

When I did go to board my late October flight to West Africa, I, like many other people of colour, was a selectee in the security line, subject to extra search procedures and questioning.

My personal alert level was heightened, but so too was my sense that what I was doing as a Fulbrighter was terribly important.

The world desperately needed people who would leave their countries to form bridges between nations and cultures and religions and ideologies. I would offer myself up as one.

My father didn’t speak to me again until July of 2004, when I was eight months pregnant and trying to solve the aftermath of having fallen asleep while driving on the interstate outside his city, totalling my car.

My father drove me a few hours away to a rental car franchise in the city where I was then teaching, and he acted as though nothing had ever happened between us. We did not discuss his long silence. He did not apologise. He didn’t ask what I’d been doing for the three years that had passed. He simply acted as though those three years had never happened, and I did too.

The three years had been years of immense growth for me, away from my father’s controlling presence.

Our country was then still occupying both Iraq and Afghanistan, at a cost of billions of dollars a month. Under the provisions of the Patriot Act, we were indefinitely detaining immigrants, surveilling library books, and providing our telephone conversations for the NSA.

Entire industries were springing up around the idea of fear.

As I watched my country grow more and more entrenched in this post-9/11 way of living and thinking, I wondered how much of it would have been necessary if we had reacted differently in those last few months of 2001.

Nations aren’t like people. They have borders, military interests, and complicated histories with their neighbours. They can’t leave things as though they never happened.

But they can measure their responses. 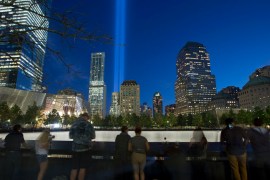 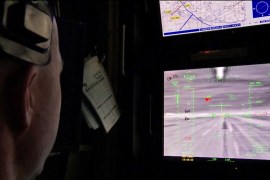 From drone operators to strike victims, we examine the impact of remote-controlled killing and the future of warfare.