Dallas, Texas – Terri Been always urges her students to be aware of who their friends are and of the people they surround themselves with.

Been, a 43-year-old teacher, says she knows well the dangers of keeping dubious company: Her brother Jeffrey Wood currently sits on death row for a murder committed by someone else.

A court recently granted a stay of execution to Wood, who was slated to be killed on August 24.

“I always warn my students to be careful of who they’re around – this is Texas, and Texas takes it seriously,” Been tells Al Jazeera.

Wood was sentenced to death by a Texas court on March 3, 1996, after being found guilty under the state’s so-called Law of Parties.

The Texas penal code defines a person as “criminally responsible for an offence committed by the conduct of another” if the individual acts “with intent to promote or assist the commission of the offence, he solicits, encourages, directs, aids or attempts to aid the other person to commit the offence”.

Anti-death-penalty campaigners and human rights activists, as well as Wood’s family, criticise the Law of Parties as implementing disproportionate punishment. Wood does not deserve execution because he never killed anyone, they argue.

“It kills me,” Been says. “I live with the threat of his death on a daily basis. I’m not sleeping well. His daughter is not sleeping well – she’s having nightmares. It is causing untold psychological damage to us all. We consider ourselves victims of this law as well.”

She adds, “There is this whole overwhelming sense of hopelessness that I drown in all the time.”

In Wood’s case, he drove a getaway car during a petrol station robbery-turned-murder. During the early morning hours of January 2, 1996, then 22-year-old Wood and Daniel Reneau parked outside a Texaco petrol station in Kerrville, his hometown in central Texas.

While Wood waited outside, Reneau shot dead the station attendant and took off with an estimated $11,350 from the safe and cash register.

Five-and-a-half hours before his first scheduled execution in 2008, a federal judge in San Antonio granted Wood a stay of execution to provide his legal team with time to present the case that he is mentally incompetent.

Kate Black, a lawyer at the Texas Defender Service and a member of Wood’s legal team, says Wood has “very little culpability”.

“It’s difficult for any person to wait for an execution date, but it’s particularly problematic when a person like Jeff is so limited intellectually and has such a huge history of psychiatric problems and delusions,” she tells Al Jazeera.

“It’s obviously very difficult for everyone involved. It’s a difficult process … And the state has never contested the fact that Jeff has not taken a life. I mean, that’s undisputed.”

On the afternoon of August 19, the Court of Criminal Appeals in Texas decided a state district court should re-examine the validity of testimony provided by Dr James Grigson, a forensic psychiatrist who testified that Wood was likely to be violent in the future despite never having examined him.

Grigson, who died in 2004, was expelled from the American Psychiatric Association and the Texas Society of Psychiatric Physicians for providing testimony against people he had never examined.

He was known as “Dr Death” for testifying against people facing the death penalty.

“Justice is not served by executing Mr Wood, who was outside the building when it happened and who had no criminal history,” Jared Tyler, Wood’s lawyer, said in a statement.

Noting that Texas has put more people to death than any other state in the country, the Death Penalty Information Center’s Robert Dunham says a number of states have similar laws that allow accomplices to face the death penalty.

“But none of them apply the doctrine as broadly or as harshly as Texas does,” he tells Al Jazeera.

According to the Washington DC-based centre, at least 10 people have been killed for their role as accomplices in murders since 1979. Five of those were in Texas.

“By any standard, this case is an extreme application of the death penalty. Jeffrey Wood is someone who would almost certainly not be capitally prosecuted today,” Dunham adds, citing Wood’s mental health problems.

“In fact, in his case, there is a strong argument that he didn’t go there with the intent that any crime be committed at all.”

Explaining that an estimated 75 percent of people executed in the US last year involved people with mental illness or “serious evidence of mental disability”, Dunham said that most of the executions in 2015 posted “very serious” legal problems.

Scott Cobb of the Texas Moratorium Network, a group that works for the abolition of the death penalty, says the attention around Wood’s case is testament to the growing effectiveness of grassroots campaigning.

“We’re definitely going to be staying on his case actively. Despite what happens on the judicial level … we are going to try to get the Texas legislature to ban executions through the Law of Parties,” he tells Al Jazeera.

In early August, more than 50 Evangelical Christian leaders from Texas and across the country delivered an open letter to Texas Governor Greg Abbott and called on him to “rectify this mistake and stop this execution while they still can”.

“The death penalty, we are told, is reserved for the most egregious crimes,” they wrote. “Wood’s actions – which did not include directly committing a murder or intending to – simply do not fall into this category.”

But Wood has also found solidarity from unusual allies. A group of right-wing Republican lawmakers and Democratic counterparts in Texas urged the state to halt Wood’s execution ahead of the court’s decision to grant him a stay of execution.

While the Democratic party has for the first time included the abolition of capital punishment in its 2016 election platform, the Republican party has generally remained staunch in its support of putting convicted murderers to death.

Trump in December called for people convicted of killing police officers to be executed. More recently, he voiced his support for the execution of Edward Snowden, the whistle-blower who exposed the National Security Agency’s mass surveillance operations.

Yet, Jeff Leach, a Republican state representative, wrote on Twitter ahead of Wood’s scheduled execution date: “I simply do not believe that Mr Wood is deserving of the death sentence. I can’t sit quietly by [and] not say anything.”

Terri Been, Wood’s sister, says her family has received threats and harassment over her brother’s case. In one instance, she says, someone tried to run her and others over with a vehicle while they protested on her brother’s behalf in 2008.

“People have called us ‘prison whores’; others said, ‘Stick a needle in him already’,” Been recalls. “They assume that my brother is this cold-blooded killer when he’s not; but that’s what he’s labelled, as and that’s what people see.” 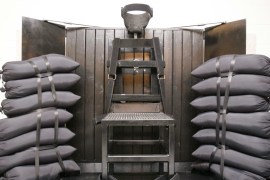 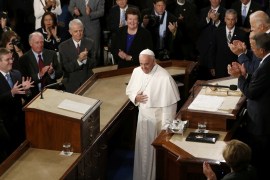