Glasgow, United Kingdom – At the end of July, it was revealed that Britain’s former prime minister David Cameron had nominated nearly 50 prominent pro-European Union campaigners, donors and aides to receive knighthoods and other awards.

The resignation honours list that came into being after Cameron stepped down from his role as premier after Britain’s shock decision to quit the EU in the country’s June 23 referendum caused outrage in many quarters, with critics labelling the decision as “rewarding failure” and even “cronyism”. Last week, an inquiry was launched to investigate how the list was leaked prematurely before its planned release.

As the de facto head of Britain’s Remain camp during the referendum campaign, Cameron saw his time at the top of British politics come to a shuddering halt overnight. The fallout from the honours revelations did little to aid a political legacy that, for many observers, today lies in ruins.

Indeed, up until June 23, the then Conservative Party leader had been known as Britain’s lucky prime minister. But when the people of England and Wales negated the pro-EU majorities in Scotland and Northern Ireland to put the UK on the road towards the EU exit door, Cameron’s luck ran out, said Paul Goodman, editor at the online publication Conservative Home.

“In 2010, Cameron didn’t win the general election [outright], but he slipped through to form a coalition [with the Liberal Democrats],” he explained.

“In 2011, there’s a referendum to change the Westminster voting system, and at one stage Cameron [who is against change] looks in a lot of trouble, but he wins it. Then, in 2014, there’s a Scottish independence referendum that, just the weekend before, Cameron looks as though he’s going to [lose] but he survives. And in 2015, he wins an unexpected [majority] general election victory. So, if this was me, I’d start to think I was immortal.”

So, where did it all go wrong for this modern and moderate Conservative?

Goodman, a former Conservative Party MP, told Al Jazeera that what Cameron believed would be a “referendum decided by middle-ground voters on a not particularly high turnout was in fact decided by a mass of people on a very high turnout – some of whom usually don’t vote”.

Cameron’s desire to hold an in/out EU referendum was based on a wish to placate the Eurosceptic voices in his own party and to also check the rise of the radical right wing and anti-EU UK Independence Party (UKIP).

UKIP, in winning Britain’s 2014 European Parliament election and in making its first breakthrough into Westminster in the same year, had played on particularly English fears of rising levels of immigration and was proving an electoral threat to the ruling Conservatives.

“His two biggest mistakes were to convince himself that a referendum was necessary in the first place, and to buy into the myth that the status quo will almost always prevail in any major referendum,” blogger James Kelly told Al Jazeera.

Kelly, who runs the pro-Scottish National Party (SNP) Scot Goes Pop blog, added that “without the [manifesto] promise of a referendum, in all probability Cameron would have held off the UKIP threat and won the 2015 election anyway [and] Britain would have remained in the European Union”.

Such was the dramatic fall of Cameron – whose two predecessors as Conservative prime minister were buffeted by internal squabbles over Europe – that many commentators have put his downfall on a parallel to that of post-World War II British Prime Minister Anthony Eden. Eden resigned from office not long after his controversial intervention in the 1956 Suez crisis, which saw British troops retreat after a botched attempt to retake the Suez Canal from Egypt’s late president, Gamal Abdel Nasser.

Tim Bale, professor of politics at Queen Mary, University of London, told Al Jazeera that “given the massive impact Brexit is likely to have on the UK’s economy and diplomacy, one could argue that the comparison with Eden and Suez is, if anything, an understatement”.

Bale said that “Suez confirmed what many people already knew: That the UK was a second-rank power dependent on the USA” and the crisis only hastened the departure of a man who was already facing some political troubles at home.

“Cameron, despite his smaller majority, could easily have carried on for another few years as leader had he won the referendum,” added Bale, the author of the book, The Conservative Party: From Thatcher to Cameron. “Brexit massively foreshortened his tenure as PM.”

Cameron’s Brexit defeat has also put the ever-combustible issue of Scottish independence back on the agenda.

Despite emerging victorious from September 2014’s historic Scottish independence poll – which saw the forces of the UK union defeat Scotland’s pro-independence movement by 55 to 45 percent – Cameron’s Scottish legacy is, for the likes of Kelly, all too plain.

“Cameron made the decision to attempt to win the ‘indyref’ with a relentlessly fear-based campaign, which ended up destroying the relationship between a big proportion of the Scottish population and a number of previously trusted British institutions, including the BBC and the Labour Party,” stated the political blogger.

“And finally, of course, he made his catastrophic misjudgement over the EU referendum, which has probably paved the way for a second ‘indyref’.”

Six years at the helm

Yet, Cameron packed a great deal into his six years at the helm.

British intervention in Libya saw the successful removal (and bloody murder) of the state’s leader, Muammar Gaddafi in 2011 – but also witnessed the North African nation’s descent into violence and instability.

In 2013, Cameron suffered a very public defeat when his proposal to conduct military action against Syrian President Bashar al-Assad was voted down in the House of Commons. But, despite some misgivings about the manner of his victory in the Scottish independence referendum, he did manage to avoid presiding over the break-up of Britain after three centuries of political union between Scotland and England.

Bale added that Cameron’s introduction of equal marriage rights across England and Wales was a major domestic success of his premiership. But the British academic contended that in trying to “appease” his party’s Eurosceptics he left behind a Conservative Party that is “… as nationalistic – and sometimes as xenophobic – and as nostalgic as it’s ever been”.

According to all the observers interviewed in this article, Brexit will forever cast a long shadow over Cameron’s legacy. Yet, Goodman does offer the now-backbench MP, who was succeeded in the role of prime minister by Theresa May, one crumb of comfort.

“If Brexit goes well, I think the judgement will be that it happened despite him, because he didn’t want it to happen,” he said. “But, if history is not a headline view, but a more rounded view, then I think he won’t come out badly.” 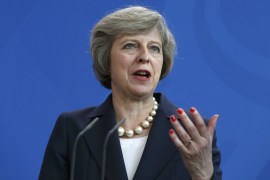 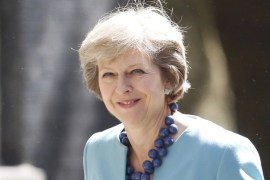