Art lovers usually have to rely on headsets or humans to guide them around galleries. But visitors to the Art Gallery of Western Australia in Perth can now take a tour in the company of a little robot called Aggie.

Like many galleries, it is dealing with a lack of money and falling visitor numbers. So, the curators are taking a less conventional route to attract more visitors.

“We thought it would be really fun for family audiences to have something which was almost like a child-like guide, but a robot, who could excite them and also create new worlds around them,” Chris Taverns, from the Art Gallery of Western Australia, told Al Jazeera.

Standing at 60cm tall, Aggie is programmed by Smartbots, a Perth-based company, but it relies on a human guide for voice commands.

It makes sound effects to complement the paintings and plays both contemporary and traditional music during the tour.

The gallery hopes Aggie’s size and interactive features will bring in younger audiences.

“We’re constantly looking at new ways of having her engage with families, looking at new behaviours, new activities, for example with the children, in the art class,” said Smartbot’s Anitra Robertson. 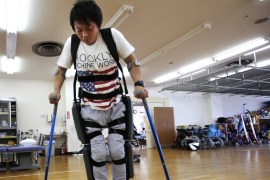 In country with shrinking and ageing population, hauling company builds exoskeleton to take strain off its workforce. 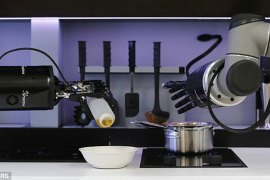 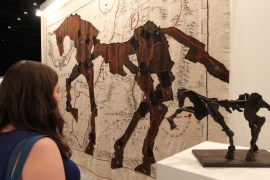 The increasing demand has made more creations from South Africa, Senegal and Ghana appear on the international market.