Milan, Italy – When she is told that she is Milan’s first “consigliere comunale” – female city councillor – to wear the hijab, she is quick to point out that hers is neither the first nor the only such case in Italy. But what Italian-born Sumaya Abdel Qader, a 38-year-old sociologist and women’s rights activist, has achieved is unique.

The Milanese municipal election, held on June 5, saw the second ballot victory of the centre-left coalition. Abdel Qader, a member of the centre-left Democratic Party, obtained more than a thousand votes, which has granted her a place in the new town hall.

She may shrug away those who put a historical emphasis on her election, but she has made it to the top in a town which has long been the stronghold of the conservative Italian right. When outgoing mayor, Giuliano Pisapia, a leftist, suprisingly managed to win the municipal vote in 2011, Milan had been ruled by centre-right mayors since 1993.

Milan, is the capital of the northern Lombardy region, where just last year, legislators had attempted to implement “anti-mosque” laws. These regulations were struck down by Italy’s highest court, but anti-immigrant, and  anti-Islam politicians remain vocal.

During the election campaigns, candidate Stefano Parisi’s centre-right coalition targeted Abdel Qader directly. The 59-year-old business executive, Parisi made a statement that Abdel Qader’s ties with the Muslim Brotherhood could make her “a serious threat” to Milan.

Abdel Qader, who is of Jordanian-Palestinian origin, denied such ties and went on to run a successful campaign. She said she would be happy to shake hands with conservative politicians. “That, to me, is what democracy means.”

And, she has vocal supporters as well. Daniela Pistillo, who heads the Democratic Party’s Immigration Forum in Milan, told Al Jazeera that “Sumaya is an open and communicating person, a bridge-builder”.

Al Jazeera spoke with Abdel Qader about her personal journey in Italian politics, the challenges she has faced, and the rewards she has reaped.

Al Jazeera: Did you take offence at how some rivals depicted you during the election campaigns?

Sumaya Abdel Qader: I knew my candidacy would cause debate and that I would be an easy target for some and a tool to exploit for others. This kind of libellous propaganda has largely played on half truths, allusions and lies, ramping up the Islamophobic sentiment of certain circles to hit me and the centre-left coalition.

Al Jazeera: What was it like growing up as a Muslim child in central Italy?

Abdel Qader: I was born in Perugia, to Jordanian and Palestinian parents. As a girl I suffered the absence of grandparents, in-laws and cousins near me. I used to go to my friends’ homes to stay with their grandparents and listen to their stories from a far past. I loved to hear them and make them part of my own story.

I remember my first day of high school. I had just begun to wear my hijab and I stepped into class with a lot of fear to be mocked for this reason. But instead, I found lifelong friendships.

Al Jazeera: The hijab can evoke debate over Islam and secularism in Italy. How do you perceive and reconcile this matter?

Abdel Qader: This is a very complicated topic. It is the most obvious “sign” of difference that brings about barriers, concerns, and mistrust. It often instigates the worst colonialist and racist attitudes towards Muslim women.

Some deem the hijab inconsistent with a secular state. [But] the hijab cannot be reduced to just a religious symbol. It is an act of faith, a free and personal act in a path followed by those who abide by the norms of the Quran. Fulfilling them or not should depend on a choice, freely made by the woman.

Al Jazeera: Why do you think so many people see the hijab as a threat?

Abdel Qader: Some reduce the hijab to a symbol because they connect it to improper meanings, such as the subjugation of women, their absence from the social sphere or the denial of their freedom. Moreover, sometimes it is seen as an invasion of Islam in the public space, which in turn, is seen as a threat because Islam is more and more associated with ISIL (the Islamic State of Iraq and the Levant group, also known as ISIS).

But it is wrong to compare a religion that has nothing to do with those criminals.

People want to exclude the veil from public spaces because they see secularism as the total absence of religion in that sphere, but what they don’t think of, for example, is the presence of crucifixes in the Italian courtrooms. This all just speaks to double standards.

Al Jazeera: Do you consider yourself a feminist?

Abdel Qader: Last March, I started Aisha, a project that aims to teach young Muslims about sexual education and the importance of women’s rights.

I do not consider myself a feminist, however, because labels are always reductive. I see myself more as a defender of civil rights and freedom.

Al Jazeera: What do you think of how the Palestinian issue is perceived on a political level, in Italy and elsewhere?

Abdel Qader: There is much misinformation and propaganda propagated, which damages the quest for peace in Israel and Palestine.

Abdel Qader: I will stive to contribute to the improvement of the outskirts of the city and make them new hubs of a policentric Milan. I will apply myself to make Milan more appreciated by Milanese people and foreigners alike. 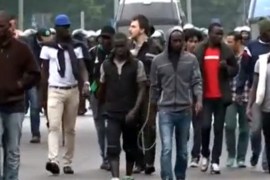 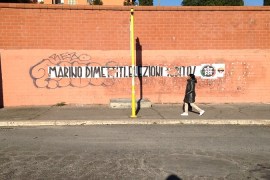 Economic malaise has been fuelling anti-immigrant sentiment across the country in recent months.