In what appears to be a change of position, India’s government told a court that New Delhi should give up a claim over a huge diamond that has been in Britain for more than a century.

Kohinoor, one of the world’s largest diamonds, has been at the centre of a diplomatic row between India and the UK, with India arguing for decades that it should get it back.

But the government headed by Narendra Modi told the Supreme Court on Monday that Kohinoor was neither “forcibly taken nor stolen” by the British during colonial times.

Solicitor General Ranjit Kumar told the court that India should forgo its claims to the jewel because it was given to the British as a gift by an Indian King, Maharaja Ranjit Singh, after the Anglo-Sikh war in 1849.

The 105-carat Kohinoor has been part of the British crown jewels for more than 150 years and today forms part of a crown that was worn by the late mother of Queen Elizabeth.

But many Indians have been demanding Britain return it to atone for colonial crimes.

The diamond, which is on display in the Tower of London, is set in the crown worn by Queen Elizabeth’s mother at the coronation of her husband George VI in 1937.

Indians used social media to register their views on the new government stance that came just days after British royals visited the country.

The Kohinoor has been gifted to the British Crown by the NDA Government.

During a visit to India in 2010, British Prime Minister David Cameron said that the diamond would stay in London.

“What tends to happen with these questions is that if you say yes to one, then you would suddenly find the British Museum empty,” he said.

But Indian campaigners believe the diamond is one of many artefacts stolen from India by the British during colonial rule.

“The British rulers looted India and the government is making a mistake by not supporting our claims,” said Nafis Ahmad Siddiqui, who petitioned the Supreme Court for the stone’s return. 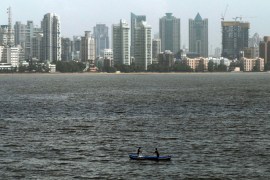 International development ministry says that relationship with India will now focus “on trade not aid”. 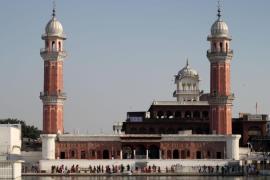