Berlin, Germany – When Rami Al al-Hasan tried to explain to a German official that he was a Palestinian national from Syria, the case worker was puzzled.

“[German officials] don’t understand that I was born in Syria but I don’t have a Syrian passport. It’s very unusual for them,” he said.

The 23-year-old student arrived in the small city of Siegburg, Germany, in December 2014.

Although he has been in Germany for more than a year, Hasan still waits for the interview as part of his asylum application process. He was initially advised to apply for political asylum because of his Palestinian citizenship. But since he was born in Syria, Hasan felt that he was entitled to the same procedure as refugees holding Syrian passports.

Some officials are unaware of Syrian-born Palestinians’ status, and complications arise when processing their request for asylum.

“They don’t get the meaning of Palestinian Syrian. Some [local migration offices] register Syrian-born Palestinians as Syrians, and others just have to wait [until their citizenship status can be determined].”

Before civil war erupted in Syria, an estimated 560,000 Palestinian refugees lived in the country. A largely invisible minority, Palestinians intermarried with locals and integrated smoothly into the social fabric of the country, even being eligible to be drafted by the Syrian military.

Since neighbouring Jordan and Lebanon closed their borders to Syrian Palestinians from Syria in 2015 (and later to Syrians in general), Europe has become an increasingly attractive destination for them.

According to the UN’s Palestinian refugee agency, UNRWA, more than 110,000 Syrian-born Palestinians have fled Syria since the start of the conflict. Another 450,000 have been internally displaced.

“We estimate that at least 60,000 have fled the region [outside UNRWA’s jurisdiction of Jordan, Lebanon, and Palestine],” UNRWA spokesman Christopher Gunness told Al Jazeera. “Probably a good many of those have fled to Europe.”

“What we’re seeing is the increasing regional vulnerability and fragility of Palestinians. They no longer feel safe in the region, so they are braving the life-threatening journey to Europe,” said Gunness, referring to the repeated displacement of the Palestinians, beginning with the purge of a large number from Palestine after the country’s partition in 1948, and since then, throughout the regional conflicts in varying countries over the past decades. “They are the most vulnerable of the vulnerable,” he says.

Palestinian, Syrian – or both?

Growing up in Aleppo, Hasan had the same upbringing as a typical Syrian, down to his Aleppine dialect and pride of what he considers his hometown. His siblings are also married to Syrian nationals. Growing up, he says, his friends were unaware that he was different.

Children of Palestinian fathers or grandfathers are considered to be Palestinian nationals, according to the Syrian government, regardless of the mother’s citizenship. Only in very limited circumstances, such as the absence or statelessness of a father, could the mother grant her child Syrian citizenship.

In lieu of a passport, Syria’s Palestinians are provided with travel documents and retain the right to live and work in Syria. The Syrian embassy in Berlin didn’t reply to a request for comment about the country’s nationality laws.

“I was treated like a Syrian in Syria, but outside of Syria, it’s different,” Hasan says. Most countries around the world require visas from Palestinians, and with some countries not recognising them as citizens of war-torn Syria, the validity of their refugee status is still being questioned.

Applying for asylum in Germany

In 2015, Germany registered 1.1 million requests for asylum, more than five times the number in 2014. Around 430,000 Syrians were among those seeking refugee status in Europe’s largest economy.

A spokesperson for the German Federal Office for Migration and Refugees told Al Jazeera in an email that Syrian-born Palestinians are regarded the same as Syrian nationals under German refugee law.

“Syrian Palestinians, who do not have Syrian citizenship, are treated in the same manner as refugees from Syria who have Syrian citizenship under the asylum procedure in Germany,” the spokesperson said. “For all refugees from Syria, there is the so-called individual assessment with consultation, in which [asylum applicants] describe their personal reasons for leaving.”

While the migration office is responsible for selecting asylum applications, the bureau is divided into local offices in municipalities throughout the country. According to the migration office, the national law is supposed to be applied the same way in every office.

“Every effort is made by the [migration office] to ensure that every Palestinian is treated equally in the personal interview,” said the spokesperson. “For this, there are specifications and guidelines for specific countries of origin, which are available to decision-makers.”

While German asylum law is meant to afford Syrian-born Palestinians the same protections as Syrian nationals, the asylum procedure remains a challenge for some at the local level.

In early 2015, Rami Haki arrived in Gunzburg. Life in the quiet town is different from his hometown of Damascus, but the 37-year-old doesn’t mind.

Haki came to Germany with his wife, Hanaa, and their three children; they had a fourth child after arriving in Germany. While Hanaa is a Syrian national, Haki and the children are considered Syrian-born Palestinians. Haki’s father came as a refugee to Syria after his family fled Palestine in 1948.

“It is something my children and I didn’t choose,” explained Haki. “This is done to protect the Palestinian nationality. When Palestinians adopt another nationality, they cannot go back to their country [of Palestine],” he said, adding that the issue was “all political”.

The family tried to apply for refugee status together. However, at the interview in Munich, officials separated Haki from his wife and children, whose case, as dependent children of a Syrian national, was processed and approved quickly. On the children’s residence permits, the box indicating nationality is left void.

Haki didn’t even realise that his application had been processed separately until his family’s approval arrived and his name was missing on the documents.

He spoke to a worker at the local migration office and was told that they’d overlooked his Syrian travel documents and he was registered as a Palestinian national from Palestine. The documents were eventually corrected, and Haki was granted asylum last January.

Twenty-two-year-old Mohamad Jabeti had just begun university when he was forced to flee Damascus, his hometown. Jabeti is the grandson of a Palestinian refugee who had also fled Palestine in 1948.

Since September 2015, he has lived in Mannheim, one of Germany’s largest cities. Despite his overall positive experience in Mannheim, Jabeti has found it difficult to explain his lack of a Syrian passport to German authorities.

“Syrians don’t have problems with asylum, but with Palestinians, [the German government] makes it very hard,” Jabeti told Al Jazeera. “I feel like a second-class person.”

Jabeti often becomes frustrated when he meets Syrians and Iraqis who have had their asylum application fast-tracked. Many have been transferred from refugee housing and are allowed to study or work, while he continues to wait for an update from the migration office.

“I feel like I don’t have the same rights as everyone else,” he said. “I want the German government to know that I am in the same situation as other Syrians.”

However, the situation has reinforced his connection with his Palestinian roots. “I am Palestinian. It is difficult to say that I am not Palestinian,” he says, “but I feel like I have no country, no nationality.”

In January 2016, Sweden imposed border controls to stem the influx of refugees arriving from Denmark. For Syrian-born Palestinians, a spokesperson for the Ministry of Justice and Migration told Al Jazeera that such cases were treated as Syrians and special rules were in place for individuals under UNRWA’s protection.

The Swedish Aliens Act which determines refugee status and identifies those in need of international protection contains articles that explicitly extend to a “stateless alien who is outside the country in which he or she has previously had his or her usual place of residence,” explained a spokesperson for the ministry to Al Jazeera.

“Thus, a stateless Palestinian who has had his or her permanent residence in Syria will have the application for asylum tried against the circumstances in Syria, in the same way as Syrian nationals.”

Germany’s neighbours aren’t all so forthcoming about their strategy for processing applications from Syrian-born Palestinians. The United Kingdom has pledged to resettle 20,000 Syrian refugees by 2020. Cases are to be referred by the UN refugee agency, UNHCR. When asked whether Syrian-born Palestinians are expected to be among the new arrivals, officials from the UK Home Office refused to comment.

Other countries are also adopting special measures to offer asylum to Syrian Palestinians. Since his election in October 2015, Canadian Prime Minister Justin Trudeau has shifted Canada’s policy on Syrian refugees. The country achieved its goal of resettling 25,000 refugees from Syria by the end of February 2016. Now, more than 26,000 have arrived.

“People from Syria, but with a country of citizenship other than Syria, and stateless people are eligible [for resettlement in Canada] when referred by the United Nations High Commission for Refugees,” a spokesperson for the Ministry of Immigration, Refugees and Citizenship Canada told Al Jazeera in an email.

According to UNRWA’s Gunness, countries need to ensure that resettlement programmes don’t discriminate against Syria’s Palestinians. “The immediate thing to do is to make sure [Syrian Palestinians] don’t fall through the cracks,” he says. “Countries have to make it clear that Palestinians from Syria are to be treated in exactly the same way as Syrians from Syria because they are fleeing the same horrendous circumstances.”

Dreams of a passport

In a world where international travel requires a passport, Hasan dreams of having one of his own. He feels burdened by his current situation.

“I would like to have any passport,” says Hasan. “I only have a travel document. I don’t want to talk about it because it makes me sad.”

For the time being, he doesn’t see himself returning to Syria. Instead, he plans to enrol at a university in neighbouring Cologne or Bonn to study computer science. He is already mastering the German language and lives with a local family.

“I like living in Germany,” says Hasan. “As a student, it’s just perfect.”

Still, he says, he wants to see the world and perhaps travel to Italy and around Europe. One day, he says, he would like to go to the United States or Canada.

“I heard on the news that these are fantastic countries for immigration and all about the American Dream.

“Maybe someday, when I have my own passport.” 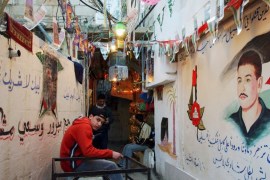 Why are Lebanon’s Palestinians leaving for Europe?

As Syrians continue to flee to Europe, marginalised Palestinians in Lebanon are now choosing to migrate as well. 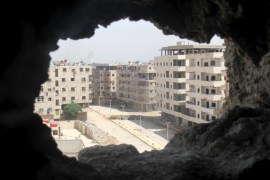 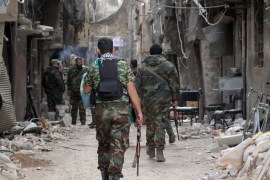