Burdened by their own financial restraints and the blockaded Gaza Strip’s shattered economy, one Palestinian couple has launched a crowd-funding campaign to raise money for their wedding.

Hoping to accrue $9,000 to cover their wedding expenses, Falastin Tanani and her fiance, Hakim Zughbor, both 27, put their story online in January and have since raised more than $5,000.

Tanani, a computer engineering graduate from Gaza’s Al-Azhar University, has been unable to find work in her field of study and instead works with NGOs on short-term contracts, making it difficult to save. Zughbor, an architect by trade, has also been working on a freelance basis.

The economic situation in Gaza is grim, with a 15 percent drop in GDP last year and unemployment of about 44 percent. Many Palestinians were displaced by Israel’s 2014 assault on the coastal enclave, and few homes have been rebuilt. The United Nations has warned that Gaza could be uninhabitable by 2020 if current trends continue.

Al Jazeera spoke with Tanani and Zughbor about the the reaction to their crowd-funding initiative.

Al Jazeera: How did you first meet each other?

Falastin Tanani: I saw him for the first time on Nakba Day [May 15] in 2009, after the war of 2008-2009, during an event for youth. We didn’t know each other that much then, but we got to know each other through the internet. We used to meet at intellectual events and voluntary work, especially after the first war. We were just friends, but then things turned into a relationship that has lasted for seven years now.

Al Jazeera: Why did you decide to start a crowd-funding campaign?

Tanani: After we formally got engaged and faced several challenges, Hakim and I found that we’re on our own in one way or another – and there were a lot of wedding arrangements ahead of us. We figured out that we could not afford to cover any of the wedding expenses. So, our friends suggested that we start a crowd-funding campaign to get help.

Usually, young people find support from family or friends. We don’t have this, especially now that Hakim is unemployed due to the current economic situation … Now that he is freelancing, he makes around $5 to $10 per assignment, designing logos for projects or companies. Our income is only enough for pocket money, so we cannot cover a $10,000 wedding.

Hakim and I are both under a great deal of pressure from our families to get married as soon as possible. We are expected to have a traditional wedding ceremony with all the normal costs. So, we have a short period of time to come up with the money we need in order to get married. We thought this could be a good thing to do. And we thought people abroad would support the idea, although people here do not accept it.

Al Jazeera: How did people react?

Hakim Zughbor: Our main supporters are our close friends and people abroad. But our society carries many reactionary ideas, like standing against a woman posting her photo online or in the media, or especially how a couple from Gaza put their love story and emotions on the internet for the public.

That was the basis for most people’s criticism; they do not accept public romantic relationships. On the other hand, a lot of people supported our campaign and were positive – mostly people from abroad. We are not ashamed of what we are doing, and we won’t let criticism get us down.

Tanani: Society considers it scandalous for a couple to publicise that they were in love for seven years before officially getting engaged. They also don’t understand what fundraising means. A lot of people I don’t know wrote on social media that we were begging for money and humiliating ourselves.

Al Jazeera: What other challenges have you faced?

Zughbor: One of the obstacles was figuring out how to share our campaign, as we are not media savvy and don’t have good connections in this regard. Some friends helped us to reach out and make connections, and get the word out. We also had to figure out how to present a sensitive idea without clashing with society.

Al Jazeera: What are your future plans?

Tanani: We don’t have the opportunity to travel abroad and work or do anything like that. We are living here, trying to start a new life together. I am always looking for a job here. I have talents, skills and work experience in several fields.

We are planning on starting a small project to bring an income. I paint and make handmade accessories, so I can make simple items and sell them. We just want to be through with the pressure of the wedding – then, we will have our whole lives to think about and figure out ways to create jobs for ourselves. 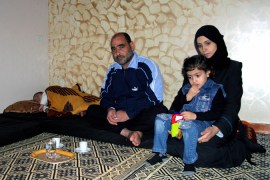 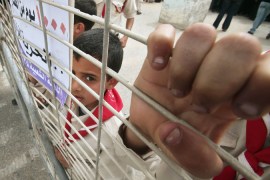 Technology-based companies are growing as a way to avoid restrictions imposed under the Egyptian-Israeli siege.