An Instagram account featuring a doll wearing the Islamic veil in a number of fashionable ways has attracted tens of thousands of followers.

Haneefah Adam,  24, a master’s graduate from Nigeria, created the “Hijarbie” account nine weeks ago on the popular photo-sharing website.

“I set up the account initially to create an avenue to make modest outfits for dolls, because I haven’t really seen one before,” Adam told Al Jazeera.

“Before I created the account, I hadn’t seen a doll in hijab that had her own account and personality. This account provided that hijabi style avenue.”

Adam’s account has gathered 34,800 followers with 51 posts since December.

The official Barbie Collection has a World Culture collection featuring Venetian Muse, Tribal Beauty, Maiko and Inuit Legend, but as yet no hijab-donning figure.

“I was a little bit surprised [by its success], but then, most people haven’t seen something like that before.”

She said she started wearing the hijab at a young age, when the veil was less of a “fashion statement”.

The pharmacology postgraduate studied in England and lives in Nigeria. She also runs a lifestyle blog aimed at Muslim women.

“I think the most important thing to have as a Muslim or a non-Muslim is a very good character.

“The hijab is actually more about modesty than fashion but who says you can’t incorporate both together? Fashion with faith,” she said.

In the future, Adam hopes to gain more followers.

This skirt was the first one that was made when creating this page. Pairing with white and red! Would you like to see it on the designs that will be released?! 💙❣ #Hijarbie #hijarbiestyle #hijabfashion

“A lot of people have adopted [the veil] now because they know they can be fashionable without actually compromising their faith,” she said.

“There a lot of concepts to still explore on the page, and I can’t wait to have fun with it.”

The first black Barbie was named Christie and launched in 1968. The first African American Barbie was created in the 1980s. 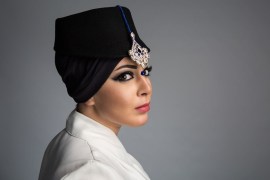 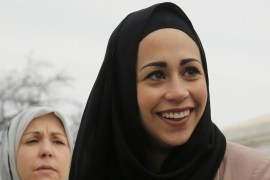 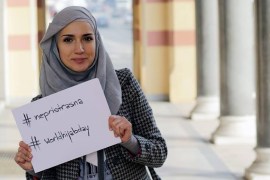 Women employed in judicial institutions can no longer wear the hijab to work in Bosnia and Herzegovina.