“What hurt me the most was the indifference of the people around me,” says Assita Kanko.

She is sitting in an elegant tearoom in Brussels, Belgium, having tea and cake. But she is talking about the worst experience of her life – the day she was forced to undergo female genital mutilation (FGM).

“I was screaming out in pain and fear, but nobody bothered to comfort me,” she remembers. “That was the worst thing: that people just didn’t seem to care.”

Kanko was five years old and lived in a small village in Burkina Faso when her mother took her by the hand one morning and said she was going to play at a friend’s house.

“Instead, she brought me to a dirty, derelict house where three or four other girls were sitting on the ground with their legs spread. They were screaming, and soon I was screaming too because I was so scared,” she remembers.

Nobody explained anything to her. She had no idea what was going to happen.

“There were these old women who pushed me to the ground, who took off my underwear and forced me to spread my legs. And then there was this excruciating pain.”

Worse than the pain, Kanko says, was the feeling that her mother had betrayed her. “I started looking at her with different eyes. I started to distrust her. And I felt guilty that I distrusted her because I wanted to love my mother.”

Her eyes turn darker as she talks about the loneliness that comes after a girl has been ‘cut’.

“I was told not to talk about it to anyone. So I was alone with my pain and I had no idea what had happened to me.”

‘A new kind of feminism’

Nowadays, Kanko lives in a trendy, multicultural neighbourhood in Elsene, a district of Brussels. At 35, she is a local politician and a writer of two feminist books.

In her latest, titled The Second Half, she calls out for “a new kind of feminism”.

She takes a sip of her red-fruit tea and explains: “What we need is a feminism in which all women sustain each other. We need total solidarity among women.

“Because without the collaboration of women, no society in this world would be able to suppress one single woman. There were no men in that dirty house to assist at my mutilation. It’s often the women themselves that help to organise and maintain their own submission.”

Her experience as a victim of female genital mutilation was a crucial moment in becoming a feminist, she says.

‘Because you are a girl’

And then, when she finally had the nerve to ask why she had been ‘cut’, her uncle told her: because you are a girl.

As young as she was, Kanko rebelled against the rules of a society where the women were subservient to men.

Already at a young age, Kanko felt ambition burning inside of her. “In school I was head of the class, and I always had good notes. I remember one time my teacher said: Assita, you are doing so well, you will certainly become a teacher one day. I turned to her and I said: ‘Teacher? I want to become president of Burkina Faso one day!'”

She laughs as she remembers it, but clearly her ambitions have not changed much. Kanko is now a council member in Elsene for the liberal Mouvement Reformateur, but she is planning to run for election to the Belgian parliament in 2019.

Her ultimate goal is to become a minister. “I think defence would be good,” she smiles, but there is no doubt that she is serious.

A letter to my polygamous father

Later, during dinner at one of the many lively restaurants in the neighbourhood, she talks about her father.

Coming from an extremely poor background, his great dream was to become a teacher.

“He was 10 years old when he finally got a chance to go to school. But he was determined to reach his goal. And he did,” she says.

Her father loved books and reading, and he introduced his clever daughter to the great French novelists and the philosophers of the Age of Enlightenment.

“Among his books, I also found the work of the French feminist Simone de Beauvoir,” she says. “I have read all her books. Through her I realised I didn’t have to accept the fact that I was a second-class citizen.”

Her father was proud of his ambitious daughter. “Whenever I had written a good story in school, he would read it to his friends,” she says.

But although he read the works of the philosophers of the Enlightenment, he nevertheless conformed to the rules of the community, which demanded that a ‘real’ man marry more than one woman.

“I was sixteen when his second wife came to live with us. She was pregnant. It was a devastating experience for all of us,” she says.

“My father had told us that this new woman would come to help my mother in the house. But she didn’t. She spent her days on the couch. She was aggressive towards my mother. I quarrelled with her from the very moment she arrived. From that day on, there was a continuous atmosphere of conflict in the house.”

She confronted her father in a letter because she felt it too intimidating to do so in person. “In my letter I quoted writers who wrote about the problems of children of polygamous fathers. I wrote: ‘What you have done is totally scandalous.’ He did answer my letter. But only to tell me not to meddle with his private life.”

She wrote back to tell him that, as his daughter, she was part of his private life. He never replied.

“Now that I am older, I realise it was not only a tragedy for my mother and for us, but also for his second wife. Maybe she was pressured by her family into this marriage because she was pregnant. If she wouldn’t have married, she would have shamed her parents. In a way, it was also hard for my father. Something was irrevocably destroyed in our family.”

Kanko went on to study journalism in Ouagadougou for a short time. She was active in the Burkinese student movement for freedom of speech, demonstrating for justice for journalist Norbert Zongo, who was assassinated while investigating the murder of a driver who had worked for the president’s brother.

When she was 20 years old, she travelled to Europe on the invitation of a friend, met a Belgian man and fell in love.

“He had read Stendhal, my favourite French writer,” she says. “I thought that was really amazing. He was clever and we could talk. There are so many men who never read a book, you know.”

They married three years later, in 2004. Kanko came to live in Brussels, became fluent in Flemish and studied economics and international politics.

“At first it was hard. I was homesick. I felt torn between Africa and Europe. But gradually I started to feel at home.”

She worked her way up to become a commercial finance manager at an international company. She also became mother to a daughter who is now eight years old. But she never told her husband that she had undergone FGM.

“I just didn’t know how to deal with it. I was always living with this secret. I was afraid men would not consider me a complete woman if they knew. I didn’t undergo the worst type of FGM. When I was pregnant I did tell the gynaecologist I was circumcised. She said she knew already because she had noticed my scar. But she also told me that for somebody without a medical training, it would probably be difficult to see that I was circumcised.”

Her husband found out only years later, when Kanko gave an interview to the women’s magazine Elle in which she talked about her experience with FGM for the first time. But even after that, they never discussed it.

“He has never said anything about it. He is a very shy person. We have discussed the topic in general, but never on a personal level,” she says.

“FGM kills your self-esteem,” she continues. “You think you are not worthy of respect because of what happened to you. Because you are incomplete. Many women who have undergone FGM struggle with this. I was insecure about myself in relationships with men. But this has changed. It was a slow process, but it has changed. From [being] a victim of FGM, I have become a woman who speaks out against it.”

‘The power to change things’

In 2012, she decided to try her luck in politics, because, she says, “I don’t want to be a person who only calls out for change; I really want to do something.”

She was elected as a council member of Elsene. She now moves through the neighbourhood as though she has lived here all her life, greeting the owners of local bars and restaurants, while continuously answering her phone.

“My main priority as a politician are women’s rights,” she says. “I want to see more women in influential positions, more women in politics. We can only change things when we have power. It is my ambition that our daughters don’t have to fight the same battles as we did.”

Two years ago, she wrote a book about her experience with FGM and her quest to find freedom as a woman. Her mother read it and called her, crying.

“It was the first time we ever talked about it. She said: ‘What do you need? Do you want me to say I am sorry?’ I said: ‘No, it’s OK.’ Because I understood how vulnerable she was at the time. She was just part of the system.

“Some of my readers said to me: ‘FGM is terrible, but apart from that, women are free to live the life they like.’ And I thought: This is not true. Women are simply not equal to men in this world. Even in modern countries like Belgium, women earn only 91 percent of the wage of a man. People say to me: ‘That’s not as serious as FGM.’ But if you are fighting malaria, it doesn’t mean you can leave influenza untreated.”

In The Second Half, which was published recently, she elaborates on other human rights violations women face in this world, from polygamy to ‘honour’ violence, domestic violence to rape.

“I decided long ago I would never be indifferent to other women’s suffering. So with this book, I try to open people’s eyes to what women have to deal with from the cradle to the grave – just because they are women. I wrote it both out of curiosity and out of anger. But mostly, because I am hopeful because I really believe we have the power to change things.” 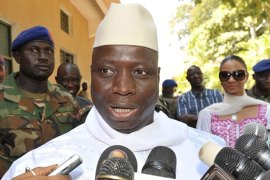 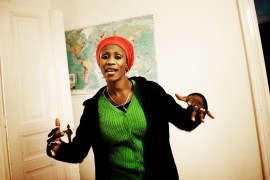