India’s Lesbian, Gay, Bisexual and Transgender (LGBT) community is celebrating after the country’s Supreme Court decided to continue debating the legality of a law that effectively criminalises homosexuals and other sexual minorities.

It’s not the decision that anxious activists were expecting.

Most believed that the court would throw the question of Section 377 of the Indian Penal Code (IPC) back to the parliament, as it did in December 2013.

Back then judges said it wasn’t for the courts but for the elected parliamentarians to change the laws.

Just months before a general election, no political party was willing to champion LGBT rights for fear of alienating mainstream voters.

Section 377 of the IPC dates back to 1860 when India was a British colony.

It has been used as an excuse to discriminate, harass, assault, attack or rape sexual minorities, denying them their rights as individuals and citizens.

IPC Section 377 states that “whoever voluntarily has carnal intercourse against the order of nature with any man, woman or animal shall be punished with imprisonment for life, or with imprisonment of either description for term which may extend to 10 years, and shall also be liable to fine”.

While the text of the law does not explicitly mention homosexuality, it has commonly been used as a weapon against sexual minorities in India, as a way to threaten and subjugate.

Furthermore, activists argue that the language is open to interpretation.

What, they say, does “carnal intercourse against the order of nature” even mean? And couldn’t certain sexual acts, whether performed by homosexuals or heterosexuals, be seen as a crime under section 377?

Efforts to repeal the law began in 1991.

More than 25 years later, Section 377 remains in place. But this week, the Indian Supreme Court acknowledged for the first time that it deserves more attention, arguing that sexuality is strictly a personal matter.

It has called for a five-judge bench of constitutional experts to re-examine the law.

Activists insist Section 377 is against the Indian constitution, violating articles 14,15, 19 and 21, which guarantee freedom of expression, personal liberty and equality to all citizens.

“This isn’t about what you do in private in your bedroom,” activist Amalina Kohli Dave said.

“It’s about how 377 is being used to validate the fact that queer people cannot protect themselves legally.”

India’s LGBT community has come a long way, even though this remains a deeply conservative society where being openly gay or transgender can be tantamount to social suicide, even death.

But the LGBT community is becoming more and more visible.

The fight to repeal Section 377 is just one of many battles being waged by activists and, ironically, has helped to publicise their cause further. All the activists Al Jazeera spoke to said it was not a question of if, but when the law will be repealed.

The wheels of change have started turning, they say. They’re one step closer to coming out of the closet. 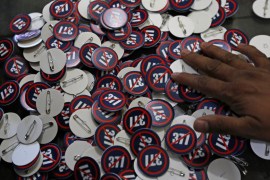 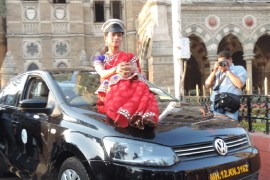 The initiative aims at promoting the rights of members of the lesbian, gay, bisexual and transgender community in India.