A global network of pay-as-you-feel cafes is making its mark by diverting food destined for waste and using it to create delicious and healthy meals for the poor.

“Why do we have a system where we have poverty, malnutrition, hunger, obesity, and food waste happening at the same time? It is a paradox to me,” he said.

About one third of the world’s food produced for human consumption – approximately 1.3b tonnes worth almost $1 trillion – is lost or wasted every year, according to the UN’s Food and Agricultural agency (FAO).

The continents of Europe and North America have seen more food discarded than anywhere else in the world, FAO announced.

But in recent years there have been growing movements to save edible products from going to waste and redistribute them to people in need.

Smith, a former chef, said that each of the The Real Junk Food Project‘s126 branches across the world are inspected by local government health organisations for safety.

Smith is backing a bill being discussed in the UK parliament that could help reduce the amount of food wasted in the country – which has been estimated to be around 15 million tonnes per year.

His initiative took part in an event marking the proposal of the legislation last year by “feeding food retrieved from bins” to members of parliament, he said.

When asked whether the project faced any opposition or major concerns over the safety of the food used, he said: “No one is trying to stop us and I do not think they could because it has already become such a global movement. I think the general public and the media especially is onboard because this is common sense and needs to happen now.

“When people see the quantity and quality of the discarded food, they understand that it should not have been thrown away.

However, the UK’s Food Standards Agency told Al Jazeera that although it acknowledges the importance of reducing food waste, it “strongly discourages people from eating food taken out of waste bins, as it could have been contaminated by pests such as rats or insects or other contaminants in the waste.

“We would also advise anyone who suspects that those supplying food to charities is recycling the contents of waste bins, to report this to their local authority environmental health department, who enforce food law locally, so it can be investigated.”

But Smith said the government already knows his group is getting food from bins and has not received any complaints of illnesses from visitors.

Smith also explained how the types of customers varied significantly.

“Sometimes we have homeless people who give 20 quid ($28) for a meal because they haven’t paid for the last six months. But we have also seen some affluent and wealthy people who do not pay at all.”

He has also launched a new “Fuel for School” project that will divert food waste to schools in the UK.

“We already have cafes in some primary schools … We are trying to get all the schools in the country to sign up to us.

He said he plans to expand the initiative into the US by creating about 50 cafes this year.

Meanwhile, there are also growing movements against discarding food in the US – where up to 40 percent of food supplies are wasted per year.

Jordan Figueiredo, a solid waste specialist and prominent anti-food waste activist based in California, has focused his efforts against the annual wasting of “six billion pounds of vegetables and fruits” that mainstream grocery stores refuse to carry because they have unusual appearances, or are – as he describes it – “ugly”.

His @UglyFruitandVeg campaign, which has supporters from across the world, has issued petitions calling for Walmart and Whole Foods – two of the country’s largest supermarkets – to sell the malformed produce at a discounted price.

“No large national grocer has even tried it yet. They are entrenched in the way they do things. They think we are all shallow and are not going to buy the produce because it looks a little different.”

There are now more than 20 farm to food bank programmes that have saved over 300 million pounds of “ugly” or surplus produce per year for those in need in the US, he said, but noted that was only five percent of the amount wasted.

“A lot of it (the wasted produce) is left on the farm, the trees, the ground … A significant portion is picked but then tossed in a landfill.

“In Washington state, they dump millions of pounds of apples that they can not find a home for for whatever reason … There are also places like that in Florida where they grow a lot of tomatoes.”

He is also an advisor for Imperfect Produce, a growing grocery business based in California that delivers “ugly” fruits and vegetables to people’s homes at a 30-50 percent discounted price.

“We waste enough food in the US that could feed the entire 800 million food-insecured people in the world. We could end hunger around the world.” 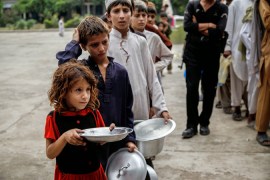 An estimated 1.3 billion tonnes of food is lost or wasted annually as 800 million people go hungry. 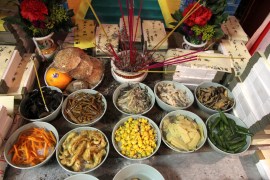 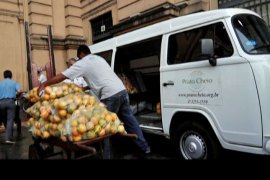 One-third of food produced worldwide is wasted and China is the worst culprit, Food and Agriculture Organisation says.