Hollywood heavyweight Spike Lee says that he will boycott this year’s Oscar awards because of a continued lack of racial diversity in the list of nominees.

By Tuesday, the prominent filmmaker and director, along with actor Jada Pinkett-Smith, had announced they would not be attending the ceremony on February 28 to protest about the lack of recognition of black actors and others from minority backgrounds.

All 20 Oscar nominations for acting awards are white – for the second year in a row.

The boycott forced Academy President Cheryl Boone to offer a statement via Twitter, in which she promised a review of “our membership recruitment in order to bring about much-needed diversity in our 2016 class and beyond”.

Lee called the Academy Awards “lily-white” in an Instagram post on Monday, which was Martin Luther King Jr Day.

“Forty white actors in two years and no flava at all. We can’t act?!” he wrote.

OPINION: Why Hollywood is still so bad at diversity

“As I see it, the Academy Awards is not where the ‘real’ battle is. It’s in the executive office of the Hollywood studios and TV and cable networks. This is where the gate keepers decide what gets made and what gets jettisoned to ‘turnaround’ or scrap heap. This is what’s important.

“People, the truth is we ain’t in those rooms and until minorities are, the Oscar nominees will remain lily-white.”

Also on Monday, Pinkett-Smith – who is married to the actor Will Smith – posted a video on her Facebook page with the caption: “We must stand in our power.”

Will Smith was recently nominated for a Golden Globe award for his role in the film Concussion.

“Begging for acknowledgement, or even asking for it, diminishes dignity and diminishes power, and we are a dignified people. And we are powerful. Let’s not forget it,” said Pinkett-Smith.

Her video has been viewed more than seven million times.

OPINION: Why the Oscars are still in black and white

The lack of diversity has revived a hashtag on social media from last year: #OscarsSoWhite.

David A Love, editor of blackcommentator.com, told Al Jazeera: “It is really disconcerting to see that even though it’s 2016, America is still dealing with the same problems of lack of diversity in various institutions.

“I think the problem really goes to the heart of the fact that the motion picture industry – like so many other institutions – is very slow to change.

“You have a situation where essentially white males are dominating the industry, and as a result you don’t see diverse voices – blacks, Latinos, other people – being allowed to really express themselves … It’s an ongoing problem that people should be concerned about.”

Some have argued that there were no non-white actors in the running this year.

However, some Oscar watchers had expected actor Idris Elba to be nominated for his role in Beasts Of No Nation, as well as Smith for Concussion.

There were also hopes that actors in Straight Outta Compton, of which the screenplay has been nominated, would also be recognised.

African-American actor Chris Rock will host next month’s ceremony. Addressing Rock’s role in the awards, Love said: “You can’t have symbolism to make up for years of systemic discrimination.”

With reporting by Anealla Safdar: @anealla 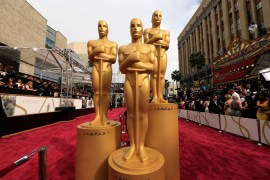 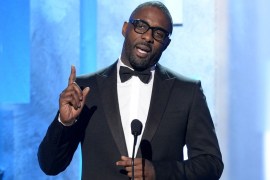 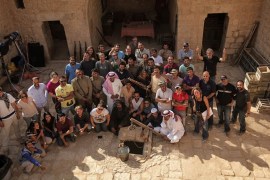