United Nations, New York – The world’s governments used to agree on tackling the use of cocaine, cannabis and other narcotics. Policies, such as locking up dealers, traffickers and even users, were underpinned by global treaties from the 1960s onwards as the US led a war on drugs.

That system is crumbling as ever-more Western nations, from Portugal to the United States, rewrite rules on whether cannabis and other drugs should be available to sufferers of multiple sclerosis and other maladies, decriminalised or even legalised, so that people can use them for recreation.

Experts warn of a polarised world in which reformers, such as Switzerland and some Latin American countries that have borne the brunt of narco-gang violence, clash with Russia, China and many Asian and Middle Eastern states that hold tougher lines against drugs.

James Cockayne, a scholar at United Nations University, the world body’s think-tank, warned that the consensus on drugs is fragmenting, creating headaches for policymakers and a vacuum of leadership that could be exploited by drug cartels.

“Countries that wish to legalise cannabis and trade it with others will run into treaties designed with prohibition in mind, undermining a system that helps governments collectively combat criminal networks and other bad actors.”

Modern global drugs policy was agreed upon through three treaties from 1961 onwards aimed at stopping drug use that was not for medicine or science. This involved fighting the production, possession, trafficking, use and trade of drugs, as well as gangsters and money launderers.

Those caught possessing drugs faced jail. Dealers, traffickers and those higher up the pyramid got stiffer sentences still. In 33 countries, drugs offences can carry the death penalty, according to Harm Reduction International, a research group.

Military-style operations have seen swaths of poppy and coca leaf fields destroyed from Afghanistan to Colombia. Globally, enforcement costs upwards of $100bn a year, according to Count the Costs, a campaign group.

Despite this, there is scant evidence showing that anti-drugs policies work, and plenty to suggest the reverse – not least of which is the relative ease of buying drugs on the backstreets of Bangkok, Boston or Budapest despite police efforts.

Critics point to the lucrative drugs trade and often-vicious gangs that gain from prohibition. Torching plantations hurts local farmers and only pushes production elsewhere. Most of those behind bars are non-violent users and dealers, not cartel kingpins.

“A blanket prohibition policy has been hugely negative, criminalising people for low-level activities and drug use, often women and ethnic minorities. And has any of it made it harder for teenagers to buy drugs?”

In the US, ever-harsher drugs sentences saw the prison population quadruple to 2.3 million people from 1980 to 2008, with blacks behind bars at six times the rate of whites, according to the National Association for the Advancement of Colored People, or  NAACP, a social equality campaign group.

In Argentina, Brazil, Costa Rica and Ecuador, more than 60 percent of women prisoners were jailed for drug offences – often poverty-racked mothers who became drug mules for quick cash, according to the International Drug Policy Consortium (IDPC).

“It’s time to change the metrics by which we measure success,” Heather Haase, an IDPC expert, told Al Jazeera.

“Instead of how many hectares of plantation are eradicated, how many arrests are made, or how much property is seized, we should look at the rate of HIV being spread by people who use drugs and share needles and other indicators of public health.”

But reform is gathering pace.

Canada’s new government is taking steps to legalise cannabis, and the plant will go on sale in pharmacies in Uruguay in 2016. In the US, it is legal in Colorado and Washington. Voters in California are set to vote on legalisation in November 2016.

Criminal penalties have been softened or lifted for those caught possessing drugs across parts of Latin America and Europe. In Portugal, everything from cannabis to heroin was decriminalised in 2001. Addicts are increasingly offered help and treatment.

But China and many Asian and Middle Eastern governments are sticking with tried and tested methods of enforcement and stiff penalties. At least 549 drug offenders were executed in 2013, most in China, Iran and Saudi Arabia.

Soon after it annexed the Crimean peninsula from Ukraine in 2014, Russia halted drug treatment schemes there that gave heroin addicts alternatives, such as methadone, leading to some 100 overdose deaths, the UN said.

Oleg Gavrilova, a Russian diplomat to UN drugs agencies in Vienna, warned against “demonising” conservative governments. Selling hard drugs in stores or pharmacies could be as dangerous as alcohol, which is widely available yet potentially deadly, he said.

“There were 87,000 overdoses last year. Not because of drug control but because of direct consumption of drugs,” Gavrilova said. “Even against that background, we have a figure of three million who died from alcohol, a non-controlled substance under the conventions.”

Globally, some 246 million people – or about five percent of adults – used an illicit drug in 2013, according to the latest data from the UN Office on Drugs and Crime (UNODC) . Some 27 million of those are drug abusers, half of whom inject drugs.

Against this backdrop, envoys from reform-minded nations will meet with hard-liners at a UN General Assembly Special Session (UNGASS) on drugs in April 2016, ahead of the deadline for renewing global drug policies in 2019.

The US, which shifted gears on drugs after state-level cannabis legalisation, now says countries should be able to interpret global treaties “flexibly”. Haase said this is a cop-out, that global laws should be rewritten rather than sidestepped.

“The treaties say that regulating cannabis for nonmedical purposes is not permitted; the US says it should be tolerated under a flexible approach. It’s the same as saying black is white, which sets a bad precedent for international law,” Haase said.

Cockayne warns that the problems could be more than academic. Although cannabis may be legalised in much of the Americas, global rules mean that cannabis growers in Mexico could not sell to retailers in Colorado or Canada. A similar problem exists between Morocco and Spain.

“Growers and sellers may like to trade, but they cannot under the existing regime, even if trading would benefit the sellers, the government through tax revenues and the consumers, who gain from a regulated, safer trade,” Cockayne said.

As the gulf between reformer and hardline governments widens and treaties are undermined, a “chaotic and dangerous” situation emerges that “plays into the hands” of the criminal networks behind the $435bn a year trade, he said.

Analysts expect few breakthroughs at UNGASS as most countries stand firm. It will be an opportunity to evaluate how legalisation or decriminalisation has worked in Portugal and Colorado before conservative countries even consider policy u-turns, added Cockayne.

“Prohibition has been in place for more than 50 years, these policy changes are fairly new,” said Noia. “We have to give them time to evolve and be measured so that we can know exactly what effects experimentation will have.” 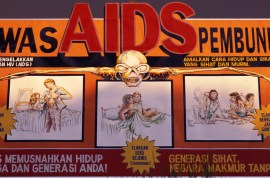 Malaysia: Halting HIV and drug use with compassion 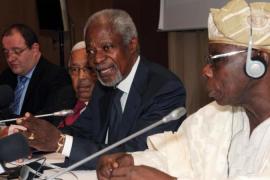 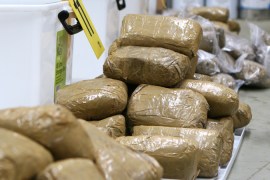