Europe’s refugee crisis and the horrifying images seem to be imprinted into the American people’s consciousness in a way that you do not often see.

American citizens and politicians have begun to call for the US to do more. The White House response: We are looking into it.

More specifically, the state department says it wants to increase the number of refugees, but it isn’t saying how many.

I attended the White House briefing on Tuesday, and there seemed to be a lot of confusion about just how that would work.

Even Josh Earnest, the press secretary, said he was not sure if the president could accept more refugees without congress.

One of the network reporters suggested the refugee ceiling cannot be changed without changing the laws. Here is the issue with that: it is not true.

If they did, they would find this memo to congress from President Barack Obama:

“In accordance with section 207 of the Immigration and Nationality Act (the “Act”) (8 U.S.C. 1157), and after appropriate consultations with the Congress, I hereby make the following determinations and authorise the following actions: The admission of up to 70,000 refugees to the United States during Fiscal Year (FY) 2015 is justified by humanitarian concerns …”

The president sets the ceiling as it is called, in consultation with congress. For the fiscal year 2015 the limit was set at 70,000 refugees.

That larger number is split by regions. The region that includes Syria allows for 33,000 refugees to be let in this year.

That number gets divided up by 18 different countries, and that includes Afghanistan, Bangladesh, Iraq, Nepal, Pakistan, Sri Lanka, Palestine and Yemen.

The state department does not like to talk numbers when it comes to Syrian refugees. They tend to say they plan to take 1,800 by the end of this year.

They focus on the plan to take more than 5,000 next year.

The number they do not highlight? 1,243. According to the Refugee Processing Center website, that is the number of Syrian refugees that have come to the US since the civil war started in 2011.

When we first saw the horrifying images, the White House said it was a problem that Europe had the capacity to deal with. Within days, that changed to say they were reviewing their strategy.

There is growing pressure on Obama to take in more Syrian refugees, and it’s not just coming from his liberal base.

I have heard a lot of calls from conservative pundits and politicians saying the US not only should do more, but it has a moral responsibility to act.

Right now the Obama administration is trying to put the focus on the amount of money the US has given to countries dealing with this refugee crisis.

They constantly point out the $4bn in aid and say the US is single largest contributor. The administration could decide to increase the money given and not the refugees they let in.

If the president decides to increase the number of refugees welcome in the US, it will be highly controversial.

Right now you have some presidential candidates fanning the flames of fear and loathing of immigrants in the US.

After holding a meeting with John Kerry, the secretary of state, Senator Charles Grassley issued the following statement: “Secretary Kerry initially said that the Obama administration is seeking a reasonable increase in refugees allowed into the United States in the upcoming fiscal year. But when pressed, the administration indicated that they were considering opening the floodgates and using emergency authority to go above what they proposed to Congress in today’s consultation. The administration also has not ruled out potentially paroling thousands of Syrians into the United States.”

When these politicians berate those in the country without documents, they tend to paint this broad scary, but faceless image.

When it comes to Syrian refugees the people and politicians have seen their faces. They have watched their plight. The outstanding question is, if it will spur them to do more to help ease the suffering.

That is at the centre of the debate happening right now in the halls of power. 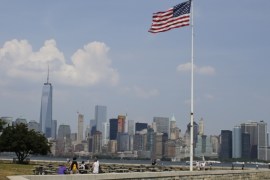 What more can US do to help displaced Syrians?

Despite criticism, the US has been involved in the humanitarian response from the early days of the civil war. 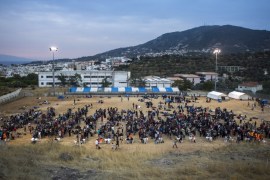