Imagine trying to tame the streets of a megacity like Karachi – population more than 23 million – with only 1,000 traffic police officers.

The harried, underpaid and often ignored police direct traffic, hand out fines and try to create a semblance of order in a city that runs at a frenetic pace.

But the number of road accidents is increasing.

Karachi’s Road Traffic Injury Research and Prevention Centre reports that, in 2014, over 30,000 people were injured or killed in traffic accidents.

More than 1,300 people were killed in motorbike-related accidents alone, making it the number-one killer of young people living in Karachi.

Deputy Superintendent Amir Sheikh is alarmed and exasperated. Since June he has made it compulsory to wear a helmet and police are handing out 6,000 fines every day for traffic offences.

“There’s a culture of taking pride in violating the law. They don’t give a damn to the traffic constable sitting there who is unarmed,” he says with a laugh.

Although the security situation in Karachi has improved over the last 12 months, it is still a volatile place where armed gangs control different neighbourhoods.

The fine for violating road rules is low, about a $1.50, so many motorcyclists flout the law.

Now the traffic police is getting tough on law-breakers, sending people to jail for a few hours or a couple of nights to teach them a lesson.

The other problem is getting motorcyclists to wear a helmet.

Though a sweet sea breeze cools Karachi in the evening, during the middle of the day it is over 30C. More people are nursing a helmet in their lap than wearing it.

Outside the main gate of Jinnah Hospital, one of the largest public hospitals in Karachi, I saw five victims of motorbike accidents arrive within 5 minutes.

The orthopedic department says it spends 70 per cent of its time trying to heal the broken bones of people who haveve either fallen off their bike or been hit by one.

Dr Semi Jamali, who has been in charge of the Accident and Emergency Department for 25 years, says too many young people are needlessly dying.

“It’s a national loss for us,” she told Al Jazeera.

“These youngsters want to get in first and they cross the red lights. Without a stronger penalty there’s no way you can control them.”

Karachi is groaning under the weight of its own growth. Its infrastructure can’t keep up.

It has half the water it needs for its residents and no mass public transportation system, other than buses.

The police department estimates that more than 900 new vehicles are added to the roads every day. Most of them are motorbikes.

The reason for that is easy-to-get credit, which helps poor workers buy a motorbike in installments.

Abdullah Khalid says buying a bike has changed his life. “I don’t have much money, that’s why I pay in installments,” he says.

“In Karachi there is so much traffic, but on a bike you can go anywhere.”

Most shops now offer installment plans for motorbikes. A few years ago hardly any of them did. The result has been even more bikes clogging the roads.

In the late afternoon, as the traffic picked up, I went for a ride in the backstreets of Karachi on a motorbike.

It was years since I’d been on one. But a short wobbly trip dodging bemused pedestrians and other distracted riders was enough to convince me that when it comes to getting around Karachi, I think I’ll stick to a car. 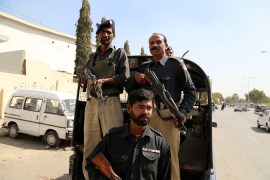 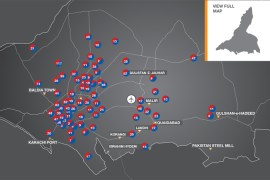 Wracked by endemic political violence and crime, Karachi is the world’s most dangerous megacity. 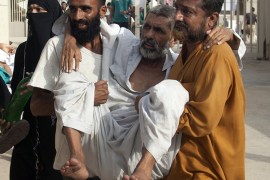 About 65,000 heatstroke patients treated in Karachi hospitals during heatwave, with nearly 2,000 still being treated.