New York, United States – Over its 70-year lifespan, the United Nations has developed a reputation for using awkward language. It was true to form when it named its new anti-poverty targets – set to be launched this weekend – the sustainable development goals (SDGs).

The name is not catchy, but the aim is noble. The plan is a blueprint for creating a much better world. It comprises 17 goals, broken down into 169 smaller targets. Each UN member should aim, voluntarily, to achieve them by 2030.

They are ambitious with some high-end estimates suggesting they’ll cost between $3.5 trillion and $5 trillion a year.

On their own, the first two goals call for ending hunger and poverty “in all its forms everywhere” within 15 years. By the deadline, nobody on the planet should be living on less than $1.25 per day, the UN’s threshold poverty figure.

A wordy document was agreed last month after three years of haggling. It lays out other targets for reducing income gaps, equal rights for women, improving schools and hospitals, clean energy schemes and halting climate change.

“It has been the most inclusive global agenda-setting conversation ever to take place,” John McArthur, a former UN official who is now a Brookings Institution analyst, told Al Jazeera. “It is about identifying a set of north stars so that everyone can go in the same direction.”

RELATED: Rock-star US welcome for the ‘people’s pope’

McArthur and other backers of the sustainable development goals say they can radically improve the world. Critics say there are too many goals, the targets are difficult to measure, and rich countries are still not serious enough about letting poor countries advance.

To get the ball rolling, the UN has assembled an all-star cast of more than 160 world leaders. Pope Francis – a prophetic advocate of helping the poor and curbing greenhouse gas emissions – will kick-start proceedings on Friday morning.

Then follows a three-day debate on the SDGs featuring the presidents of the US and China – Barack Obama and Xi Jinping – and others. Luminaries such as Beyoncé, Bill Gates, Shakira, and Bono will be in town to lend UN chief Ban Ki-moon some stardust.

In selling the SDGs, the UN points to the successes of the millennium development goals (MDGs) – the world body’s previous set of eight, 15-year anti-poverty targets that will be mothballed at the end of the year with a mixed scorecard.

The UN calls them “the most successful anti-poverty movement in history”.

The lead MDG target of halving the number of impoverished people was met ahead of schedule. While big strides have been made in getting more children into schools and halting the spread of HIV/Aids, those goals will not be met.

Even when targets are reached, doubters question whether this had anything to do with the UN. By one analysis, much of the world’s poverty reduction was achieved as a by-product of rapid growth in the populous emerging markets of China and India.

Conversely, when targets are not met, gains may still be palpable. The MDG goal of ensuring that all children everywhere can attend primary school will not be reached. Nevertheless, school enrolment rates in poor countries did rise from 83 percent in 2000 to 91 percent in 2015.

UN officials say that league tables act as both carrot and stick for ministers of health, education and other bigwigs, who are mindful of gains made in neighbouring countries.

For Tony Pippa, Washington’s coordinator on the post-2015 development agenda, targets “get everyone on the same page”. The same goes for the SDGs, he said, but new goals on climate change and sustainability vastly broaden their scope.

“It is a political commitment that world leaders are making to end poverty and its related indignities, while at the same time sustaining and maintaining the Earth’s ecosystems and resources,” he told Al Jazeera.

But with a bigger remit comes a bigger price tag.

McArthur offers a “rough, rough estimate” for achieving the development goals at $1-2 trillion per year, which he described as a manageable chunk of the $80 trillion global economy. Aid commitments from rich countries only amount to about $350 billion annually.

The rest of the money is supposed to come from government revenues, private finance, charities, lending institutions and remittances from migrant workers in rich countries to relatives back home in parts of Africa, Asia and Latin America.

Amina Mohammed, the UN adviser on post-2015 development planning, said nobody “can put a figure on how much they will cost”, but insisted there is enough spare cash sloshing around. “It will take a couple of years … to really get our teeth into what it means,” she told Al Jazeera.

Money is the main concern for Takumo Yamada, an analyst on the targets with the charity Oxfam. For him, the anti-poverty drive is too soft on firms that pollute the environment and dodge taxes when extracting raw materials from the developing world.

At a conference on funding the global goals in Ethiopia in July, rich countries blocked a push by poor nations for a global tax body that would make it easier for them to get their hands on the revenues of agricultural, extractive and other firms that operate within their borders.

“It’s a simple question of maths that you cannot provide the kind of public financing necessary to reach zero hunger, tackle climate change, or achieve other SDGs without addressing these tax-dodging problems,” Yamada told Al Jazeera.

He is not the only doubter. Farah Mesmar, a policy officer for ActionAid, another charity, said presidents can sign up to the global goals without being legally obliged to do anything. With so many targets on the table, the risk of censure is lower.

“It’s about looking good and showing off in front of other governments, to put it bluntly,” Mesmar told Al Jazeera.

Noam Chomsky, an American scholar and social activist, is harsher still. He lambasted a global economic system that frequently sees developing countries exploited. The UN’s goals are not sufficient to change that, he told Al Jazeera.

“Nothing will be achieved, it’s pretty safe to say,” Chomsky said.

Timing is another issue for the development goals. The current crop of world leaders faces more challenges than their predecessors did in September 2000, when the millennium development goals were launched at the start of a new millennium.

Nowadays, economies are picking up the pieces from the 2007-08 financial crisis, but woes persist in China, the Euro-zone and elsewhere. As Syria’s civil war drags on into a fifth year, the world also faces its worst refugee emergency since World War II.

“The SDGs makes for a very beautiful document – a wish list of all the things that people want to see happening in the world,” said Yamada. “But how we get there is a big question.” 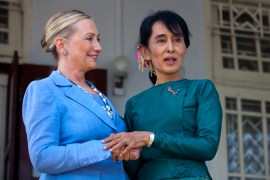 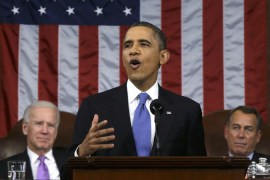