London, United Kingdom – Childcare workers in the UK are being encouraged to play the music of Freddie Mercury to babies and toddlers in order to demonstrate their compliance with anti-terrorism laws requiring them to “actively promote British values”.

The suggestion can be found on an advice page for childminders published by an influential childcare website to help them fulfil new regulations introduced this month as part of the government’s controversial Prevent counterterrorism strategy.

The requirements, which also affect nurseries and schools, place a statutory duty on childcare providers to report children who they believe may be susceptible to “radicalisation and extremism”, prompting some to liken the situation to 1984, George Orwell’s novel about a totalitarian surveillance state.

Mercury, the flamboyant singer in rock band Queen who died in 1991, appears on a list of “British music” along with other performers including the Beatles and Andrew Lloyd Webber on a poster titled “Our British Values” published by the website childcare.co.uk.

The poster also lists traditional British food including “roast dinner”, “fish, chips and peas”, and “seasonal fresh fruit”, as well as behaviour and traits including “eating with our mouths closed”, “using cutlery and napkins”, and “saying please and thank you”.

“Teaching British values is about teaching children to be proud to be British and ensuring they are not being radicalised at an early age,” the website, which has almost 55,000 childminder members, explains.

But education experts said the poster highlights confusion and misunderstanding within the childcare sector about what British values actually are, and how they should be taught to children under five years old.

“This poster is proposing that British values are a vehicle to teach children about patriotism. But even the government isn’t suggesting this is about teaching them to be proud to be British,” Bill Bolloten, an education consultant, told Al Jazeera.

“There is huge scope for misunderstanding and discrimination. We in the British Isles are many peoples from many traditions. So to construct something like ‘We are going to learn about roast dinners and fish and chips’ is potential discriminatory, because they are possibly not thinking about the diversity of the children they might be caring for,” Bolloten explained.

OFSTED, the government department responsible for inspecting and regulating childcare and education services, lists four “fundamental British values” – democracy, rule of law, individual liberty, and mutual respect and tolerance – in its explanatory material for childminders about the new requirements.

But Beatrice Merrick, chief executive of the British Association for Early Childhood Education, told Al Jazeera that many childcare providers were still uncertain about what was expected of them.

“The government has produced a lot of guidance but it is still causing a lot of uncertainty,” said Merrick.

“Many people find it unhelpful that the government has used that phrase ‘British values’ because it seems to exclude all those people who aren’t British but who share those values. A lot of faith-based schools, whether Jewish, Muslim or Christian, are finding it a particular issue.”

Merrick said childminders who failed to meet their obligations on promoting British values could potentially be denied public funding or struck off the childcare register.

“If OFSTED took a particularly heavy-handed line on this and downgraded someone purely on the basis of an issue around the interpretation of British values, then that could have serious consequences,” Merrick said.

Some childminders have also raised concerns about the appropriateness of monitoring young children as potential terrorists. In an advice document for childcare providers issued in June, the Department for Education said: “Even very young children may be vulnerable to radicalisation.”

Under their new obligations, childminders are expected to report children they consider to be at risk of being “drawn into terrorism” to the government’s Channel counter-radicalisation programme, with at least one three-year-old already known to have been referred to it.

Prevent and Channel have caused particular concern among British Muslims, many of whom complain they are discriminatory and treat all Muslims as a suspect community.

“Doesn’t it make you feel like we’re in 1984? Spy on thy fellow man. Report to the thought police,” wrote one contributor to a childminding forum.

Another, seemingly referring to concerns about recent cases of schoolchildren absconding to Syria, joked: “When I mentioned it to a parent she just replied that she would hide [her child’s] passport if it helped!”

Bolloten said: “There is no evidence whatsoever that there is an issue with young children being radicalised or who are potentially on a pathway to terrorism. And even thinking that children at that age are likely to be drawn into that is extremely problematic and damaging.”

Advice offered to childminders by professional organisations to help them demonstrate how they are promoting British values appears mostly to consist of explaining how they are already doing so by teaching children about right and wrong, and encouraging qualities such as sharing, collaboration, participation, and tolerance which are already firmly embedded in early years education.

A ‘Wheel of British Values’ produced by the Professional Association for Childcare and Early Years (PACEY) suggests that playing and exploring might be interpreted as an expression of individual liberty, while “creating and thinking critically” might foster democratic instincts.

“While childcare practitioners now have to adhere to the promotion of British values, as we continue to remind our members, these values are already very much enshrined in the work that they currently do,” Liz Bayram, PACEY’s chief executive, told Al Jazeera.

But Essi Viding, a professor of developmental psychopathology at University College London, told Al Jazeera there was nothing uniquely British about teaching children to be nice.

“There is very good data showing that it is a human quality to be able to distinguish right from wrong, and people from different cultures and religions are all able to do it at around the same age, between three and four,” said Viding.

“It’s obviously commendable to teach children to be empathetic, tolerant and kind, but that’s just about being a nice person, it’s not about being British.”

A spokesperson for OFSTED told Al Jazeera: “Inspectors are early years professionals and they are trained in how early years settings promote British values. Our handbook sets out clearly how inspectors should do this.”

Mercury, who was born Farrokh Bulsara in Zanzibar, might strike some as an unusual icon of traditional Britishness. A lyrical analysis of Bohemian Rhapsody, Queen’s most famous song, might also be a cause for concern for some in counter-extremism circles.

Mercury sings the line: “Mama, just killed a man, put a gun against his head, pulled my trigger, now he’s dead;” and exclaims “Bismillah!”, an Arabic expression meaning “In the name of God” with which he would certainly have been familiar growing up on a Muslim-majority island. 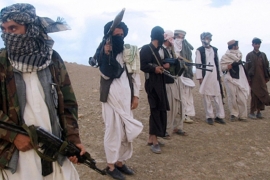 National institution says documents are of academic value, but laws may restrict researchers’ ability to access them. 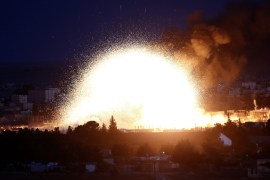 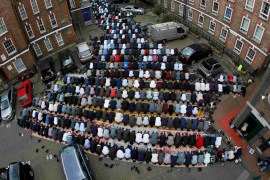 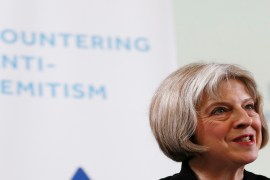