There can’t be many parts of the planet where people are not excited by the return of the English Premier League.

From Times Square to Timbuktu, they will be watching. Global interest has made the league a license to print money for two decades.

There will be plenty of entertainment. Increasingly this is being provided off the pitch by the preening childish arrogance of the men managing the biggest clubs.

And that can’t be right.

I genuinely feel sorry for those who were interested in the lack of handshake between Arsene Wenger and Jose Mourinho.

One day they may become friends – like Wenger and Fergie – and look back on their ‘antics’ with a chuckle. But it won’t excuse the sheer lack of class right now. Deliberately diverting the spotlight from their players? Oh please.

This narcissistic nonsense makes me yearn for the quietly heroic Bob Paisley, who guided Liverpool to three European Cups.

When Paisley ruled, he was winning plain old Division One. But should the glossy and expensive modern Premier League really be so reliant on the narrative off the field of play? Where is the quality on it? I’m not talking about entertainment. Quality.

Let us remember that while the league’s popularity shows no sign of diminishing, not a single English club reached the last-eight in Europe last season. It didn’t deserve to either.

What superstars are there in the Premier League? Who are the best players in world football? Lionel Messi, Cristinano Ronaldo, Neymar and Luis Suarez? All of them residing in Spain.

Along with Gareth Bale and James Rodriguez. Maybe Zlatan Ibrahimovic and Arjen Robben. From the Premier League you could put Eden Hazard in that category. Alexis Sanchez even. But how many others?
And would the world’s best league in any other sport not have the very best players?

Credit to the league’s global marketing genius, and I do enjoy the Premier league as much as anybody else, because nobody is noticing.

Swansea v Southampton, to pick two clubs who deserve huge credit, can be sold with the same kind of gusto reserved for a fight to decide who is the undisputed heavyweight champion of the world… in Mohammad Ali’s era.

But last season I bemoaned the attitudes of the top managers in England and to be fair to Mourinho and Wenger, there were two who talked even more garbage than them.

This season Louis Van Gaal and Brendan Rodgers need to deliver results because the level of delusion – as captured wickedly by the twitter parody @DeludedBrendan – reached embarrassing levels. Van Gaal appears to have spent wisely this summer, is it too much to ask he stops trying to be so arrogant? His record is good. Nobody’s record is that good.

I would say the media and the fans have to take their share of the blame for creating monsters of managers. The more they trash talk, the more it’s lapped up and quoted. As if we are witnessing verbal jousting

between great wits of our times. From 24-hour sports news stations, to radio phone-ins, to the back pages salivating at a missed Wembley handshake.

I say ‘blame’, but maybe you will disagree managers have a case to answer. Everybody seems to love the soap opera. I would just ask there is a bit more quality on the pitch to go with it.

And we should remember that nobody has even paid a cent to listen to a manager’s press conference.

Football is about players. This season in the Premier League, I’d love to be focusing on what I’m seeing, not hearing. 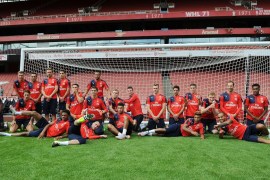 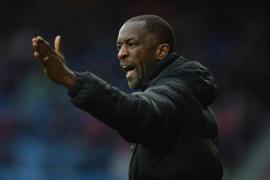 Lack of minority officials to be reviewed

The Football League are to review the under-representation of Black, Asian and Minority Ethnic managers and coaches.