In April 2015, Viqar Ahmed and four others were shot and killed by police in the Indian city of Hyderabad, while being transported from prison to court.

Viqar’s father, Mohammed Ahmed, believes the police murdered his son and planted fake evidence to make it appear as though there had been a confrontation.

He spoke grimly about what he describes as the dim chances of finding justice for his son’s murder.

I feel the government was interested in the encounter, while the police was eagerly waiting for an opportunity to kill my son...

“I feel the government was interested in the encounter, while the police was eagerly waiting for an opportunity to kill my son,” he said, almost sobbing. “With such hatred in the officials, how can I expect any justice for my son’s murder?”

Prosecutors and police officials involved in the investigation of the deaths repeatedly declined Al Jazeera’s requests for comment.

“Policemen were arresting boys for the Mecca Masjid bombing case, and when my son found out his name was being mentioned in the police station, he tried to leave Hyderabad,” Mohammed, Viqar’s father told Al Jazeera.

In 2007, bombs planted at a mosque in Hyderabad killed 11 people, and police killed five more after opening fire in the immediate aftermath.

In April Viqar was on trial at the Nampally Sessions court in Hyderabad, and had often complained about being abused while en route to prison from the court.

“My son said that three people will grab him while the rest of the policemen will hit him,” Mohammed recalled, his voice gradually rising as his anger mounted. “He was killed just days before we were expecting the court to pronounce him innocent.”

In April 2012, Mohammed submitted a complaint to the chief justice of the state high court  that his son’s life was in danger, but said that in response, he only received a message that his complaint had been forwarded to the director-general of prisons .

Mohammed’s lawyer, Gulam Rabbani, said he thought the most appalling aspect of the case was that Viqar was killed just one day after informing the judge – verbally as well as in writing – that he believed his life was in danger.

“The judge should have immediately taken matters into his hand and directed an investigation into the killing, as Viqar was killed only one day after expressing his fear over his life!” Rabbani exclaimed.

Rabbani added that no criminal report was issued when he tried to register a complaint regarding Viqar Ahmed’s alleged murder.

He then filed a court case demanding that charges of murder should be filed against the police.

Although the case was admitted in court, the hearing has not yet taken place – although Rabbani said that according to procedure, a hearing should have taken place in the first week of June.

Rabbani also stated that the investigation team is only examining the attack on the police that Viqar and the others allegedly carried out, and not the murder of the men while in police custody.

“The boys were handcuffed, and some had as many has 14 to 18 bullets inside their bodies, while not one policeman was injured. All this points to the fact that this was nothing but a fake encounter,” Rabbani asserted.

“It’s a clear instance of cold-blooded, extra-judicial execution in custody. The arms on the dead bodies of these five men – with their hands handcuffed to the seats of the police vehicle – appear to be clearly planted in order to ‘dress’ this up,” Sethi told Al Jazeera.

Sethi, who teaches at the Centre for Comparative Religions at Jamia Millia Islamia University in New Delhi, believes that custodial deaths are under-reported in India.

“Not every instance of custodial death will get reported to the National Human Rights Commission, where these figures are collated. Deaths in the custody of army or paramilitary forces – especially from conflict regions – do not find [a] place here,” said Sethi, who is also the president of Jamia Teachers’ Solidarity Association.

Meanwhile, Mohammed Ahmed believes his son was targeted for being a member of a minority group. All five of the men killed in April, including Viqar Ahmed, were Muslims. To Sethi, this is no surprise.

“It’s a sociological fact that the full might of the law – and its lawlessness – is felt most acutely by the most vulnerable sections,” she claimed.

“Even the Bombay High Court has observed that minorities are especially targeted for custodial violence.” 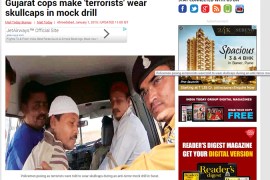 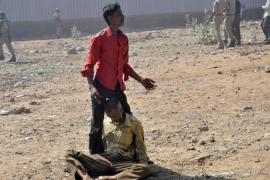 Three deaths blamed on security forces add to tension in Hyderabad linked to rumours of burning of religious flag. 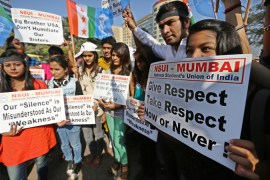 ‘Nannygate’: Racism or the rule of law?

As relations between India and the US hit a new low, we look at the row over the arrest of diplomat Devyani Khobragade.