Dissident Chinese artist Ai Weiwei has said that his application for a six-month visa has been restricted by Britain for failing to declare that he had a “criminal conviction”.

The artist said on Thursday that he recieved a letter from the British embassy in Beijing saying that his visa has been issued for a shorter duration as opposed to six months that he had applied for.

On Thursday night, the famed artist arrived in the German city of Munich, the first time he was allowed out of China since his arrest and detention in Beijing in 2011.

Critics see the visa restriction with suspicion, as Chinese President Xi Jinping is scheduled to visit the UK in October.

Prime Minister David Cameron has been previously accused of choosing trade over human rights in his foreign policy with China.

“One wonders whether the visa denial is a political one, in which the British government is basing its decision on Chinese criminal procedures that are highly politicised.”Known for outspoken art matched only by an equally outspoken social media presence, Ai Weiwei plans to travel to the UK for his new exhibition at the Royal Academy of Arts.

In a post on Instagram, he published a photo of a letter purportedly from the embassy, which states that the artist’s application had been denied for reasons of “false representation”.

“It is a matter of public record that you have previously received a criminal conviction in China, and you have not declared this [in your application],” read the letter.

The UK Home office in London declined to comment on the authenticity of the letter, saying in a statement that “all applicants are considered on their individual merits and in line with the relevant legislation”.

According to Ai Weiwei, who claims to have engaged in private correspondence with immigration officers, the application was rejected on the grounds that he had failed to disclose past criminal convictions – specifically, his secret detention by Chinese authorities in 2011, and a tax evasion lawsuit against the company he owns with his wife, Beijing Fake Cultural Development Ltd.

Wang from Human Rights Watch says that if immigration authorities had really used these justifications, they must not “have done their background research”.

According to Wang, Ai Weiwei ‘s detention in 2011 was secret and therefore unlawful; it had been part of the wave of detentions and disappearances carried out against Chinese human rights defenders in the 2011 “jasmine crackdown”.

Similarly, the tax evasion case had been levied against Ai Weiwei ‘s company, not him personally.

“In both of these, he was not formally charged or convicted,” said Wang. “If that’s the information used against him in his application, then the decision is based on a false premise.”

One of Ai’s lawyers, Liu Xiaoyuan, told Associated Press that the tax case was an administrative one, not criminal.

“According to Chinese law, a criminal record must follow a court verdict and the verdict must be a final one,” he said.

Ai Weiwei, whose daring art once involved him dropping and shattering a Han dynasty urn, only recently received his passport back after Chinese authorities revoked his travel rights.

The artist is known for being critical of the government, often leveraging his social media accounts to decry issues like corruption and repression.

In a statement by the Royal Academy of Arts, artistic director Tim Marlow said the Academy was “concerned” about the recent controversy.

“We hope for a speedy resolution to this solution and we continue to look forward to welcoming Ai Weiwei…for his first major institutional exhibition in the UK,” read the statement.

However, Ai Weiwei claims that the purported new dates of his visa may prevent him from being in the country when the exhibition begins. 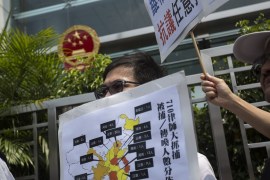 China cracks down on lawyers and activists

At least 200 lawyers and activists have been detained, questioned or put under surveillance in past 10 days. 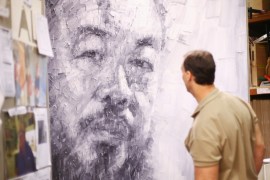 Dissident Chinese artist gets his passport back

Four years after his passport was seized, Ai Weiwei says he got his travel documents back and plans to travel to UK.