Badwater, California – If there really is a no man’s land of dead nothingness on planet Earth, it’s called Death Valley.

The hottest place on the planet inhabited by humans? It’s not the Australian Outback or the Sahara Desert. It’s Death Valley, America’s largest national park outside Alaska but also one of the most inhospitable places on earth.

One day in 1913 the air temperature reached 56 Celsius (132 Fahrenheit) in the hamlet of Furnace Creek, the defacto capital of Death Valley.

And in 2001, Death Valley saw 154 consecutive days of temperatures above 37 Celsius (98 Fahrenheit).

It is so hot is hard to survive and function here.

There are rattle snakes. Ghost towns. The Mesquite Flat sand dunes, and the moonscape Salt Flats on the slopes of the Black Mountains, the result of a lake drying up after the Ice Age.

But it’s here, in Death Valley, where 96 ultra marathoners have gathered for the annual Nutrimatix Badwater135, a 217km non-stop run widely considered the most difficult footrace anywhere in the world.

Badwater, as it is simply called, has taken on mythical status with the ultra marathon community.

It starts in Badwater, the lowest elevation in North America, and finishes at Whitney Portal, 2530m above sea level.

There is extreme heat, ascents and distance all wrapped into one.

It is a race that pushes the mind and body to breaking point.

The course winds through the two-lane highway 190 in Death Valley, passing places like Devil’s Cornfield and Stovepipe Wells. If they take a wrong turn at highway 190 and 374 junction, the runners will end up in a place called Hells Gate. No joke.

It is such a strenuous run you have to apply to get in, and pass a physical and prove you are an experienced ultra marathoner.

If you’ve completed fewer than 300 races, organisers won’t even look at your application.

This year there are runners from 24 countries – Brazil, India, Australia, Jordan, UK, France, Germany, Argentina and the Philippines – to name a few.

They are ultra long-distance runners. But they look like everyday people with everyday lives, holding down everyday jobs… doing extraordinary running feats once they lace up the sneakers.

And what a group they are this year.

There is 80-year-old Jack Denness from the UK. He’s done Badwater several times.

There is a 22-year-old Breanna Cornell from Alabama.

Badwater is about survival. But it’s also a race. Not everyone will finish. Some will break down.

But those who do finish will take anywhere from 24 to 48 hours.

But for most, it’s about not only cheating death while running in the valley named for it, but rather surviving and conquering. 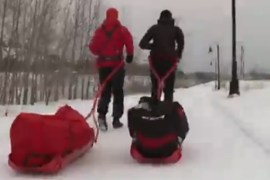 Braving extreme conditions for a marathon

Braving temperatures below -40C for the love of running. 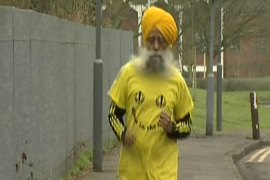 As he prepares for London event, Fauja Singh says his motivation is having a goal to strive for. 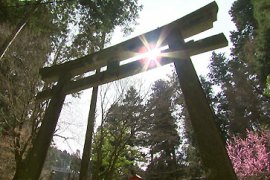 The marathon path to enlightenment

The exhausting test of endurance followed by Japan’s Tendai monks.