Turkey has declared war on ISIL in a major shift in policy. Authorities would argue that its decision to militarily engage the armed group is a natural response from a country under threat.

But there are others who believe Turkey’s decision to actively engage has as much to do with the battlefield in northern Syria.

The government is concerned about ISIL threatening Syrian opposition groups in their strongholds in Aleppo.

It is also worried about what it perceives as the growing strength of Syria’s Kurds.

Syria’s Kurds or the YPG, which is linked to Turkey’s Kurdistan Workers Party (PKK), now controls half of the country’s 800km border with Turkey – stretching from the Iraq border to the town of Kobane.

Turkey believes the Kurds are carving out their own state in northern Syria and that would encourage separatist sentiments among its own Kurdish population.

Turkish President Recep Tayyip Erdogan has repeatedly said that would be a red line for Turkey.

Officials even blamed US air strikes for helping the Kurds gain ground from ISIL.

Some believe there is a deal with the US that addresses Turkey’s concerns.

Turkish fighter jets are for the first time targeting ISIL in Syria. But it is no coincidence that they are targeting them near the front lines with Syrian opposition groups in the northern countryside of Aleppo province.

Turkey’s fear is that Syrian Kurds or ISIL could drive out Syrian those groups from the area  – and control the important border crossing of Kilis.

Ankara doesn’t want those groups which it supports to be weakened in the fight against Syrian President Bashar al-Assad.

Just a few weeks ago, there was talk of a coalition-backed Syrian Kurd offensive west of Kobane towards the ISIL controlled town of Jarablous.

We were in the border area at the time and Turkish officials threatened a cross-border operation to prevent further Kurd and ISIL advances in the Aleppo region.

It was unlikely to happen especially since the military didn’t seem to be on board but following that warning a high-ranking US delegation came to Turkey for talks.

Since then, the Kurds haven’t made any advances towards the west.

And now, Turkish officials are talking about a “safe zone” in areas that will be cleared from ISIL – that is what they expect will emerge following the military campaign.

“When areas in northern Syria are cleared of ISIL threat, the safe zones will be formed naturally,” Mevlut Cavusoglu, Turkish foreign minister, said.

Turkey has long demanded a no-fly zone inside Syria. In fact many in Turkey say that was the condition for access to Incirlik.

It is not clear if a “safe zone” was part of any deal.

But Washington has long resisted that demand because of international legal implications and possible international confrontation.

And more importantly the coalition’s strategy and priority is to defeat ISIL.

Turkey would like to see a broader mission to take on the Syrian regime.

But for now the US has Turkey’s support in the war against ISIL and Turkey may have guarantees that Syria’s Kurds will be contained and ISIL wont be able to threaten the Syrian opposition.

And Turkey’s decision to also declare war on the PKK can be seen as an extension of the campaign to weaken the Syrian Kurdish force, the YPG, who are an offshoot of the PKK. 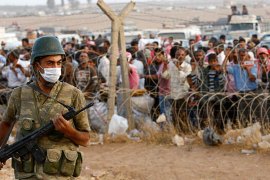 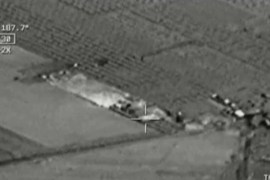 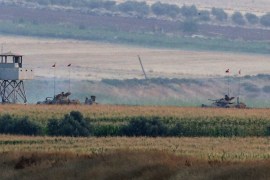 Turkey allows anti-ISIL coalition to use its air bases

Ankara approves coalition strikes to be launched from its soil as Turkey begins air attacks on ISIL positions in Syria.