More than 8,700 people have died since the April 25 earthquake struck Nepal. As the country begins to rebuild, mental health professionals are reaching out to those in need.

“I saw a lot of grief in people,” says counsellor Dristy Gurung.

“If it doesn’t get treated or if you don’t intervene in such grief or trauma, in the long run it might create some mental health issues for people.”

According to the UN Resident Coordinator in Nepal, 2.8 million people are still in need of some form of assistance.

While the organisation advocates for mental health laws and acts, Gurung says the country always puts physical health first and that mental health is put in the shadow.

Gurung and other mental health professionals in Nepal say this can have major repercussions after a natural disaster of this scale. Gurung says they have already heard of cases of suicide and post-traumatic stress disorder.

Days after the earthquake, Radio Nepal, together with UNICEF Nepal, started a programme that airs four times a day called “Bhandai Sundai”. The goal of the programme is to reduce the impact of the earthquake.

During one slot of the show, guest health professionals like Gurung respond live to questions from callers.

“Geographically, except for radio, there is no other way to communicate,” Madhav (Prasad) Ghimire of Radio Nepal says. “In many places electricity is down. Now everyone is listening to the radio because it is reaching where no human can reach.”

The programme receives about 15 calls during their 55-minute slot.

In one instance, a man living in the United States calls in and says he is worried about his family in Nepal. He doesn’t know if they are OK. It’s 4am where he is, and he has no one else to talk to.

In Nepal another man calls in, wondering how he can help his wife who has felt nauseous since the earthquake. Gurung questions whether her symptoms are physical or also mental and advises the caller to take his wife to the nearest health post.

“Having your lifelong savings go down in just a minute is a huge loss to bear to people, and that causes a lot of stress on people,” Gurung says.

In Kathmandu, people who have no homes to return to are still living in tents.

“During group counselling they realise they are not the only person who has the problem, other people also have the same problems so slowly they cooperate and their tolerance to face the problem increases,” Bhattrai says.

The work of Gurung, Ghimire, and Bhattrai focuses on community experiences and building empathy among victims. Gurung says this is an important way of healing in Nepal.

“We have psychosocial counsellors, psychosocial workers who are mobilised in communities,” Gurung says. “Rather than focusing on therapies, they try to focus on [the community’s] own coping mechanism, resiliency and how community can come together to heal each other.” 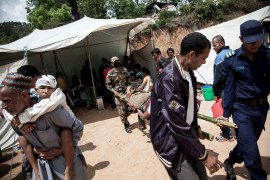 Nepal’s hospitals stretched to their limit

The toll from the devastating earthquake has been putting pressure on Nepal’s healthcare facilities. 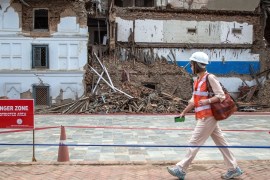 Nepal’s donors must help to pay for the recovery without inadvertently bankrolling the country’s structural problems. 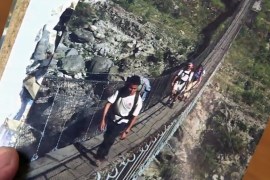 Climbing season cancelled after devastating earthquake, sparking concerns among guides over their livelihood.