Ramallah, occupied West Bank – Israel has ordered a six-month closure of Palestine 48, a new Palestinian television channel funded by the Palestinian Authority and catering to Palestinian citizens of Israel.

“I will not allow for Israel’s sovereignty to be harmed or for the Palestinian Authority to gain a foothold in Israeli territory,” said Public Security Minister Gilad Erdan, who on Thursday signed an order claiming that the channel did not have the authorisation to operate in Israel.

Mirroring the outrage expressed by a number of Palestinian lawmakers in Israel, Palestinian Broadcasting Corporation President Riad al-Hassan said the move against the channel – which is broadcast through the Palestinian company PalSat – was “illegal” and that it would be contested in the supreme court.

The announcement made good on a threat in a government statement last month, just hours after the channel’s launch on June 18, the first evening of Ramadan. The Communications Ministry, headed by Prime Minister Benjamin Netanyahu, defined the channel as a vehicle for Palestinian Authority propaganda, intended to incite anti-Israel hate among its Arab population. Those behind the project were “wolves in sheep’s clothing,” said Communications Ministry spokesperson Yechiel Shavi, adding that Palestinians would never achieve statehood, but “can continue to dream forever” of realising it.

Related: The plight of the West Bank Bedouin

Creators say the channel has been no stranger to controversy, even in the choice of its name. Palestine 48 – or P48 – refers to the some 700,000 people who fled or were forcibly evicted from their homes in the context of the 1948 war with Israel, and whose descendants in recent years have balanced their identities as Israeli citizens and Palestinian nationals.

Their stories have begun to shed light on long-suppressed national narratives. P48 director Firas Abdelrahman said he was especially proud of programmes that would have examined the ways families were, and continue to be, shaped by the protracted conflict.

“We have stories which we are just thirsting to tell, and Palestinians are also eager to discover and learn about themselves,” Abdelrahman said.

One episode tells the story of an Israeli soldier, who in 1982 invaded Lebanon with the Golani Brigade unit, but at the same time found himself searching for his family roots in the foreign territory.

At the Ain al-Hilweh refugee camp in Beirut, he asked around for a Palestinian woman who had come to Lebanon as a teenager after her village of al-Shajara, in the Galilee region, was depopulated during the 1948 war. When he found her, the soldier told the woman he had heard about her from his father – her former Jewish neighbour and lover.

The endeavour to produce cultural and historical content for Palestinian populations in Israel, the occupied territories and the diaspora came at a difficult political time, amid a fracture between the Palestinian Authority and Hamas, as well as aggravated tensions.

It also came up against one of the most conservative governments in Israeli history. But the pressure from Netanyahu’s right-wing government, as well as the geographical disconnect between Palestinians, could make the yearning for solidarity even stronger, Abdelrahman said.

The director’s own family tree traces back to al-Shajara village. After years wandering the world, Abdelrahman ended up in Ramallah, where he envisioned the P48 channel as a way of strengthening Palestinians’ connections with their homeland. The Palestinian Authority funds the channel, though producers say it maintains political independence.

We have stories which we are just thirsting to tell, and Palestinians are also eager to discover and learn about themselves.

With a staff mostly in their 20s and 30s, P48 has also aimed to develop a political and cultural consciousness among young Palestinians, using social media to advance a national dialogue on the realities, taboos and priorities of various Palestinian communities.

P48 also hoped to capitalise on Palestinian youth movements, which have already begun to make waves with the political success of the Joint Arab List in Israel.

“The success of the [Joint List] in the last Israeli elections probably encouraged the Palestinian leadership, the PLO, to see the viability of the political work among Arabs inside Israel,” said Ghassan Khatib, the former director of the Palestinian Authority Government Media Centre.

Khatib sees the PA’s backing of the channel as a positive, if overdue, attempt to connect with the Palestinian community in Israel.

Israel is home to more than 1.5 million Palestinians, most of whom speak Hebrew and have citizenship, but who also say they are treated as second-class citizens and given inferior access to education, healthcare and job opportunities compared to their Jewish neighbours.

P48’s model could have been a welcome change for Palestinian Israelis, who have historically been marginalised by both the Palestinian and Israeli press.

Dana Winkler, who wrote her PhD on Israel’s failed Arabic-language television initiative, said that Israel has a history of patronising its Palestinian population, while also portraying them as “the enemy”.

Because Arabic-language Israeli TV was seen by Palestinians as a way for “the government to tell the community what it wants them to know [but just] in Arabic”, Palestinians quickly tuned into Hebrew-language programmes instead, which provided more nuanced and critical perspectives, Winkler explained.

Although Israeli television channels have failed to address Palestinian Israelis, their success in serving Israel’s Russian community was one of P48’s sources of inspiration, according to Abdelrahman.

P48 had aimed to use the Ramadan month as a trial period, when there is fierce competition. High-budget shows from networks like the Dubai-based MBC have traditionally dominated ratings with historical and religiously themed talk shows and mini-series.

But while Gulf companies had the advantage of big budgets, P48’s edge was its niche Palestinian character. P48 shows like “Yellow Line”, referring to police barrier tape, would have tackled sensitive political and social problems through profiles of Palestinians who have challenged taboos.

And although the channel’s programming had planned on initially being limited to Palestinian issues, Fadi Zaghaireh, a 29-year-old Nazareth native who hosts a Ramadan evening show, said the channel would not be opposed to also hosting Jewish Israelis.

Zaghaireh said some West Bank Palestinians have opposed the channel on the basis that it could facilitate a “normalisation” of relations with Israel. But he argues that interactions with Israelis strengthen, rather than diminish, the identities of Palestinians living in Israel. 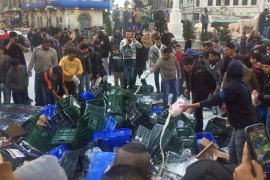 Opponents and advocates of boycotting Israel agree that it is an important tactic in the Palestinian struggle. 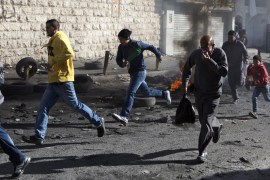