New Delhi, India – Eating in India can be a thrill seeker’s paradise. It’s a daily challenge and one only those with stomachs made of metal can conquer.

Ask most Indians and they’ll tell you they eat with their fingers crossed, quietly hoping the street-stall snack, take-away dinner or even home-cooked meal doesn’t make them sick.

In a country where most water sources are too dangerous to drink from, the air in most cities is full of toxins and the soil in some parts is laced with mercury, arsenic and a host of other dangerous chemicals, highly-processed and vacuum-packed food sometimes serves as a consumer safety blanket.

For decades Nestle India’s Maggi noodles have offered millions of Indians what they thought was a dependable alternative.

They were affordable, easy to make and considered a relatively safe option. Now consumers are worried they have assumed wrong with some samples of Maggi noodles testing positive for dangerous levels of lead. Nestle says its own tests have found no elevated levels of lead and that it is still confident the noodles are safe.

The sad truth is that in India harming yourself with tainted water, air and food is inevitable. In some places like New Delhi, the pollution on all fronts is so severe that most consumers have two options: Eat and get sick occasionally, or starve

But before we jump to conclusions about the one of the favourite snacks of India’s middle class, let’s consider the dangers that lurk in the other foods on the menu.

In fact, let’s begin at the bottom of the food chain, where natural ingredients are produced. On the Maggi beat last week a nutritionist told me that Indians across the country have long known the health risks that fruits and vegetables come with.

Often unknowingly grown in soil packed with mercury from batteries, lead from paint and other nasties, even ‘fresh’ food can sometimes be the most dangerous.

Moving further along the food chain to where food items are actually made and we arrive at the millions of street stalls, eateries or restaurants frequented by throngs of people, rich and poor.

While there are regulations that govern the operation of these outlets, the truth is in most places, the best oversight that exists is that of the person making the meal.

The humble street stall, where the average Indian eats out, is often a scary place. The people making the food often have limited training in food preparation or hygiene. He or she will usually tell you as much as they wash a plate in a dirty bucket of water or wipe the spoons or knives they work with on a dirty rag.

That put together with where they make food – out in the open exposed to dust, exhaust, flies and worse – it’s little wonder that so many people get poisoned by e-coli.

And unfortunately here it’s not just the small-time street-food vendor that is the source of frightfully delicious but sometimes dangerous meals. Many of us have had the same food poisoning pleasure dining at five-star hotels where dishes cost ten times what they do on the pavement outside.

The sad truth is that in India harming yourself with tainted water, air and food is inevitable. In some places like New Delhi, the pollution on all fronts is so severe that most consumers have two options: Eat and get sick occasionally, or starve.

Over the years, as incomes have grown, more and more Indians have come to love and trust branded, packaged food. It’s a refuge in a market that continues to reveal its dark and distasteful underbelly and where thousands of food regulators in each state still wouldn’t be enough to police the industry as vigilantly as needed.

The biggest question to come out of Nestle India’s Maggi woes is whether the government food regulator’s hawkish investigation of one big brand will spur a wider revolution in the minds of consumers?

Will millions of people start asking more questions about what they’re eating, where it’s come from and whose responsibility it is to make sure it’s safe to consume?

It will be a good thing if Maggi is just the tip of a food safety iceberg but chances are that’s not going to happen.

The big brands may face more scrutiny as a result but the myriad other places Indians frequent for nutrition will remain just as deliciously dangerous as they always have been. 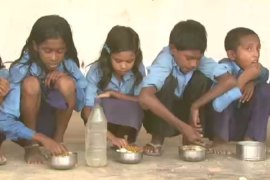 Upper house votes on measure that aims to subsidise food for the country’s poorest citizens. 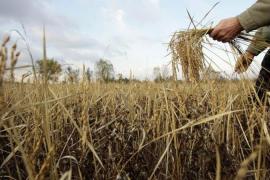