Israel has considerably eased restrictions on the movements of Palestinians daring the holy month of Ramadan.

It is describing this move as a goodwill gesture after what authorities said was a positive security assessment carried out by the army and the Shin Bet.

The easing of restrictions included allowing most Palestinians from the West Bank to pray at Al-Aqsa Mosque on Fridays during Ramadan without permits.

Men who are under 40 will still have to obtain special permits before approaching Israeli checkpoints into Jerusalem.

In the past, men under 60 had to apply for permits. The lowering of the age restrictions has significantly increased the number of Palestinian men who are able to travel to Jerusalem.

Women face no age restrictions at all during the holy month.

On the first Friday of Ramadan, tens of thousands of Palestinians performed prayers at Al-Aqsa.

Those aged 60 and over are able to apply for travel permits to Jerusalem. This means Gazans who haven’t been to Jerusalem in decades can now pray at Al-Aqsa.

On Friday, we met a man from Gaza who was issued a permit to travel to Jerusalem for the first time in 25 years.

A few hundred other residents of Gaza will be able to visit with relatives in the occupied West Bank during Ramadan.

And Israel says it might even facilitate their pilgrimage to Mecca via Israel and Jordan instead of via Egypt, if the Rafah crossing remains closed.

This is a noticeable difference from last year, when Israel imposed harsh restrictions on Palestinians during Ramadan.

The holy month came right after three Israeli settlers were kidnapped and murdered in the West Bank in June 2014. Then came the 50-day Gaza war.

While Israel is advertising this year’s measures as a goodwill gesture, many Palestinians disagree.

While happy to be able to travel to Jerusalem, they don’t see that Israel is doing them a favour by allowing them to do so.

Some analysts believe Israel is trying to make up for the lack of peace talks.

But if you ask Palestinians, they will tell you their frustration stems from Israel’s ongoing occupation.

He said Israel violates international law and uses the permits in a similar way to apartheid-era South Africa – to control the population using a carrot-and-stick approach.

He added that Israel likes to maintain this system because it’s also profitable for the Israeli economy. When Palestinians travel to Jerusalem they spend billions of dollars on Israeli products and this helps boost the Israeli economy during times of recession.

While Israel’s measures may appear to temporarily ease restrictions for some Palestinians, Israel’s continuing occupation remains the fundamental issue that isn’t being resolved. 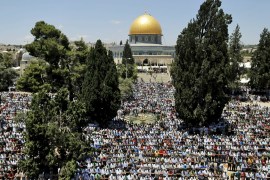 Thousands of Palestinians allowed to pray at Al-Aqsa

Israel allows women of all ages and men aged 40 and over from West Bank into Jerusalem without permits. 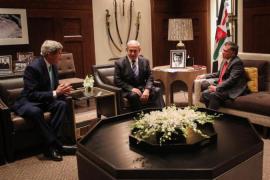 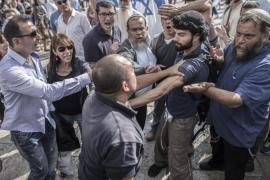