We live in a do-it-yourself age. You can build your own kitchen with a little help from the internet, make your own movie with a smartphone and go to university without ever leaving your living room.

And if an innovative American company has its way, you’ll soon be able to build your own car, with a little help from them, of course. Meet Local Motors, the company behind one of the world’s first 3D-printed cars.

Local Motors’ CEO John “Jay” Rogers hopes, by 2017, buyers will be able to go online, customise their car and have it printed out in just 44 hours.

Henry Ford never had an internet.

Want three cup holders instead of two? No problem. Just add it to your design. Want a joystick instead of a steering wheel? Sounds good. All doable.

The sky’s the limit when it comes to putting it together and that is one of the primary reasons why Rogers chose 3D printer technology to make his cars.

“3D-printing a car is about totally changing the way in which we think about the base construction of the vehicle, ” Rogers, 42, an Iraq war veteran and former US Marine captain, told Al Jazeera.

“It allows you to move the speed of production forward very quickly because there are no tools. You are literally forming the material into its shape from the ground up.”

Local Motors’ 3D prototype, called the “Strati”, rolled out officially in September 2014 in Chicago at the International Manufacturing Technology Show.

It travels at roughly 40km per hour and looks a little like something Batman would drive. It’s not currently approved for the road by the US government.

But recently, Rogers gave Al Jazeera a look at this unique machine and a test drive at his home in the suburbs of Knoxville, Tennessee.

The car is made of carbon fibre and plastic and to the touch feels just like metal. The steering is still a little rough but they’re working on it.

Rogers is, of course, proud of his creation but his vision extends beyond the car itself. He thinks his Strati could change the world.

“Henry Ford never had an internet,” says Rogers, referring to the man credited with introducing the car to the world. If he did, though, Rogers argues he would’ve done things differently.

That’s why Rogers now calls Knoxville home. Local Motors is building what they call a “micro-factory” just outside the city. It will be part assembly plant, part ideas factory where the car will be constantly updated, refined and adapted to new technologies and innovations.

One of their 3D printers is right next door at the Oak Ridge National Laboratory, home of some of the US’ greatest nuclear secrets but also where new innovations in energy and science are developed.

The plan is to have the body printed out at Oak Ridge, then assembled at Local Motors. Rogers says his cars will be made at a fraction of the cost of the big automakers like Ford and General Motors and take less time to build.

There’s no doubt the Strati will attract car junkies but how will it go over with the general public? Some analysts are sceptical.

“It doesn’t seem like something I’d want a loved one to drive on a city street,” says Jessica Caldwell, a senior analyst at the consumer site, Edmunds.com.

“It appears to be something fun to drive in a closed environment.”

Moreover, she adds, safety is high on many buyers’ list and a car made of carbon fibre and plastic will be a tough sell.

“I’m not sure 3D-printed technology has progressed enough for people to be okay with driving a 3D-printed car,” she adds.

Rogers knows this, too, but he believes critics are missing the point. The beauty of the 3D-printed technology is it’s constantly changing, including the safety features.

He adds the car is safe and made of the same material as Formula 1 automobiles. The company’s currently putting the Strati through rigorous crash-testing to get it ready for the road.

Local Motors already has some competition. A Chinese company rolled out their own version of the 3D-printed car in March. The race is officially on. 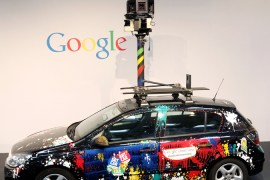 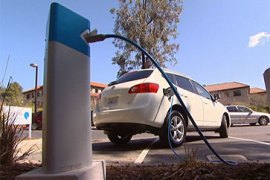 San Francisco sets up special stations for drivers to plug in, instead of fill up. 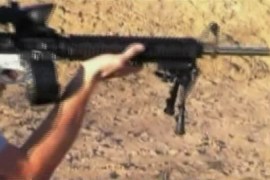 Technology seen as future of manufacturing being already used to obtain designs and print assault rifles.