These are lines from a poem written by Betty Ejang, a former child soldier with the Lord’s Resistance Army (LRA). Thanks to the infamous KONY 2012 campaign you probably now know that the LRA abducted more than 30,000 children from their Ugandan homes in a conflict that spanned two decades. You will have heard how these boys and girls – some as young as six – were beaten, raped and forced to loot and kill. A childhood interrupted, a childhood lost.

But having worked with more than 40 female former child soldiers since 2011, I can tell you that is not the whole story.

More than a quarter – approximately 8,000 – of these abductees were young girls like Betty. Contrary to the popularised image of the child soldier as a teenage boy gripping a Kalashnikov, female abductees also fought in the conflict, sometimes running into battle with their babies strapped to their backs.

But the biggest misconception surrounding Ugandan child soldiers is that their struggles ended when they were able to escape the LRA. Although the guns have been silent in Uganda for more than half a decade, many female former child soldiers have been unable to reintegrate fully into their communities. Often returning home HIV-positive and bearing the physical and mental scars of conflict, they face stigma and poverty.

Here are some of their stories.

At the end of our hour-long interview, Rose Achayo motions to me that she wants to show me something.

The former child soldier pulls down the front of her dress to reveal a series of dark scars that mark her chest. She says members of the LRA cut her with a bayonet when she dropped a heavy load of rice she had been carrying for many miles. Rose is a three-time victim: torn away from her home by the LRA rebels; forced to be a ‘wife’ in the bush, and now stigmatised by her community and even her family upon return.

“My husband did not want me as a wife again when I came home,” says Rose. “He would tell me the rebels had already slept with me so I was now a rebel wife.”

“He blamed me, saying that I was responsible for my abduction because I always made myself smart and wanted to look beautiful.”

The 42-year-old says she is now by herself.

“I can’t even farm my own little plot of land now because of the chest pain I now have from my wounds,” she says. “I’m just doing my best to try and survive.”

Lily Aketowang lived with the LRA for a mercifully short time. But, she says, those two weeks changed her life forever. Left for dead after being shot in the leg during battle, she was later found by the Ugandan army.

As she shifts position on her rickety wooden chair, her scarred and misshapen right shinbone is visible. Thirteen years on, she says her leg still causes her great pain and she can barely walk. But unable to afford even the bus fare to the nearest health centre, she cannot contemplate paying for the painkillers she so desperately needs.

Her husband rejected her upon her return, calling her a “rebel whore”. She’s now forced to do manual labour on other people’s land in order to feed her two sons.

“Now when I first wake up every day, I feel like killing myself,” she says.

Jennifer Apio: ‘My parents feared I would try to kill them’

Jennifer Apio holds baby Mao as she prepares dinner for her family in Gulu town, northern Uganda. She was abducted by the LRA when she was just 14 years old and given as a ‘wife’ to an LRA commander.

When she was rescued by Ugandan army troops two years later, she returned to Gulu with her daughter, but was spurned by her family.

“My parents feared I would try to kill them in the night,” she says. “And my older brother said he didn’t want his children hanging around me in case they too became a prostitute.”

Having only had a brief, interrupted education, Jennifer says there are limited opportunities for former combatants like herself. She makes about $10 a week knitting dolls for a local NGO – dolls which are sold online for many times that price.

“Life is hard now,” she says. “I have no man to support me. I’m often not paid on time and yet my children have to eat, and I have to pay rent and medical bills.”

Agnes Akello: ‘When the spirits come’

The impatient spirits don’t wait until night to haunt Agnes Akello – they come for her as she sweeps her compound under a blistering Ugandan sun.

The presence of the spirits – or cen in the Luo dialect – triggers flashbacks to her five years with the LRA. One moment she’s approached by a dreadlocked soldier who handcuffs her with coarse rope; the next she shoots a fleeing man through the chest; then she caves in the head of a baby. Her body begins to shake and her heart races. When she comes round, she crawls into the shade of her hut, curls into a foetal ball, and prays herself to sleep.

Agnes’ story is fairly typical of those abducted by the LRA. She was taken by the rebel army in 1999 when she was just 18, witnessing the murder of her father and brother before being forced to march for miles carrying heavy luggage. Anyone who complained was beaten or killed.

Fifteen years on, she still bears machete scars on her shoulder and abdomen where she was hacked at with a panga for dropping a load she was carrying. She says she was only made to be a ‘wife’, but over the course of our conversation she hints at being forced to kill.

Government forces finally rescued her in 2005, but she still suffers from PTSD today.

Mary: ‘If you refuse, they will kill you’

Outwardly Mary appears like any other 21-year-old. She’s vivacious, full of life and always smiling. But that smile vanishes when she talks about her life since she was abducted by the LRA. She looks down at the floor, away from the camera, and responds haltingly about the problems still facing her seven years after her return.

Abducted when she was just six years old, Mary spent 11 years in the bush with the LRA.

“Initially I was a babysitter to the children of the other ‘wives’,” she says. “I was told I was too young to do anything. But I was then given as a ‘wife’ when I was 12 – if you refuse, they will kill you,” she explains.

Mary is now back in her old community of Olupe, but her mother refuses to let her live in the family compound.

” Last year she tried to come back and the community chased her away,” Mary’s mother explains. “If she comes back to live, people have said they will burn her in our hut alive.

They don’t want her here because they believe she took part in a massacre and participated in slaughtering people. Even now though, when Mary comes to visit, people threaten to put petrol on my doors and burn me alive.”

Alice Oyella: ‘In the bush I had power’

Alice Oyella is a woman of contradictions : haunted nightly by the spirits of those she killed and clearly still traumatised, she nevertheless says she misses the elevated status she enjoyed as part of the LRA’s elite Chapu battalion.

“Now I am getting used to life at home but when things get hard, I sometimes feel that I would be good if I was in the bush because I had power and access to whatever I wanted,” she says. “In the bush with the LRA you could get what you want from people because you have a gun – but here I do not have a gun. In the bush we were free to do anything we want without much control.”

Abducted when she was 19, she spent three-and-a-half years with the LRA as a porter, babysitter and fighter. She was never officially given as a ‘wife’, but says she was raped by one commander.

Since returning she says she has been stigmatised by her community and that people shout insults at her as she waits in line at the borehole.

Her past has also impacted her ability to find a husband. ” When I came back home a boy seduced me and I had two children with him,” Alice says. “Later he started calling me a rebel and [saying] that I’m haunted by the spirits of those I killed. He no longer wants to be with me …. I came home and ignored our children. I wanted to throw them in a pit latrine so my parents took care of them. It is the children that make my life feel ruined.”

Betty Ejang: ‘She was my friend but if I had refused, they would have killed me’


Betty Ejang was 13 years old when she was abducted. She was one of Joseph Kony’s ‘wives’ for four years before finally escaping.

“Some of us were ordered to help kill my friend who was overheard talking about escaping,” she explains. “We were asked to each pick a different part of her body, like the arm. They then gave us machetes and told us to cut it into pieces. I really cried because she was my friend but if I had refused, they would have killed me.”

At the end of our interview, Betty casually mentions that she has written poems about her experiences. She says they are a form of catharsis for her – a way of dealing with the mental trauma she still grapples with years after the guns were silenced.

This story first  appeared in the August 2014, issue of the Al Jazeera Magazine.  For more compelling human stories, download it  here   for iPads and iPhones and  here   for Android devices. 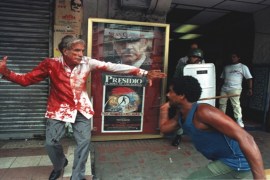 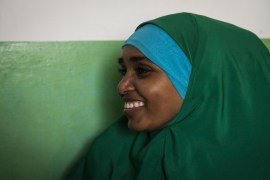 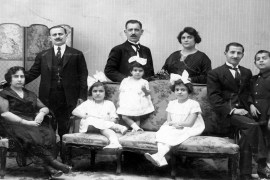