The museum’s single room is filled with artefacts from another time: crumbling vases, tea cups, lanterns, cracked plates, bracelets, and keys to homes that no longer exist. It is a small selection of what was lost during the Nakba, the 1948 expulsion of hundreds of thousands of Palestinians from their homes to clear the land for modern-day Israel.

“The Israelis wanted to erase everything, and we started to think about collecting, to keep these things for memory,” owner Mohammed Khatib told Al Jazeera. Along with his brother, Ali Khatib, he has been operating the museum for about a decade, building the collection with both donated and purchased items.

“This is to keep our culture alive,” Ali Khatib explained. “These are all things that represent the customs of our people, and we don’t want to lose them, because we have lost everything else.”

As Palestinians commemorated the Nakba this month, the museum in Shatila held its own small workshop on the history of Palestine. For residents of the brimming, impoverished camp, which was established in 1949, that history includes one of the most brutal massacres of the long-running Israel-Palestine conflict.

Between September 16 and 18, 1982, members of a Lebanese-Christian militia known as the Phalange stormed the camp and the adjacent Sabra neighbourhood, killing hundreds of residents as the Israeli army, which had invaded southern Lebanon earlier that year, stood by.

The United Nations condemned the Sabra-Shatila massacre as an act of genocide, while an Israeli fact-finding commission determined that Ariel Sharon, then the country’s defence minister, bore personal responsibility for the killings. He subsequently resigned his post.

The Israeli commission estimated that around 800 people died in the massacre, while other estimates range into the thousands. Among the victims were infants, children, pregnant women and the elderly, some of whom were mutilated before or after they were killed, Human Rights Watch noted.

The massacre was eerily quiet, with the Phalangists opting for axes over guns, recalled Farhat, a military commander tasked with defending the camp.

“They started killing people. Some were sleeping. They just started entering the houses and killing people at random,” he told Al Jazeera, noting that by the third day of the massacre, piles of bodies – some with limbs cut off or otherwise mutilated – had amassed inside the camp.

A short walk from Farhat’s home, past fumes from piles of burning garbage and tangles of overhead wires that crisscross Shatila’s twisting alleyways, an unmarked mass grave for victims of the massacre sits in an unassuming field. A banner above the site declares: “We will never forget.”

Rami Khouri, a Palestinian author and senior public policy fellow at the American University of Beirut, said it was critical to view the Sabra-Shatila massacre in the broader context of the historical and ongoing traumas suffered by the Palestinians.

“The culture is ingrained and you grow up with it… It’s really the shared trauma of national exile and dispersal and disenfranchisement that defines the Palestinians in exile,” Khouri told Al Jazeera. “Until that historical wrong is righted and that trauma is corrected with some kind of political process, whether it includes repatriation, or a Palestinian state, or the right of return, or compensation … the Palestinian identity outside Palestine will continue to be shaped by these things.”

Today, approximately 10,000 Palestinian refugees live in Shatila – although the camp’s population is estimated to have doubled in recent years due to the influx of refugees from neighbouring Syria. Lacking citizenship in any state, Palestinian refugees in Lebanon cannot work in more than a dozen professions; most men in the camp run grocery stores or find jobs as labourers, while women work as cleaners, according to UNRWA, the UN’s refugee agency. About two-thirds of the residents of Shatila are under the age of 40. As a consequence, most have grown up entirely within the confines of the camp.

In a glass case on the wall of the Memories Museum, an old, rusty axe is one of the only items recovered from the 1982 Sabra-Shatila massacre. The Khatib brothers, who lost three members of their family in the ongoing conflict with Israel, say they rarely get more than a handful of visitors per day.

“The old men, they know these things, and they remember we had these things in Palestine,” Ali Khatib said. But for young people, making that connection has become harder and harder, he added. “It has been more than 30 years. We are still in war now; daily there are massacres.”

The brothers say their small museum is not enough to keep the memories of their collective past alive, but they lack the financial resources to expand. For now, they will continue to preserve what few memories they can, tucking these objects away in the dark heart of Shatila.

“My mother always spoke to me about Palestine. She said we would return,” Ali Khatib said. “I tell [my children] the same. They know they have to fight.” 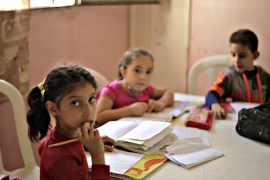 ‘This is daily life’ in Shatila refugee camp

Guesthouse gives outsiders a glimpse of what life is like inside an overcrowded Palestinian camp in Beirut. 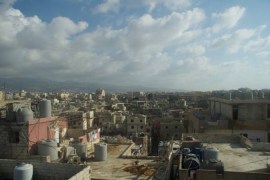 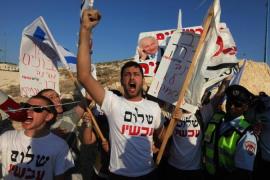 If Israelis must recognise the suffering caused by the Nakba, the Palestinians must accept an Israeli narrative as well.