For years, violence has plagued Majga’s dusty town, the scene of clashes between government forces and Tuareg-led separatists who took advantage of a 2012 coup in Mali’s capital Bamako to escalate their uprising.

But today, the biggest security concern for the ageing chieftain is a new cycle of ferocious drought he blames on climate change that is ravaging his people.

“There is a crisis due to the lack of rain,” said Majga, sporting a white robe and thick, knock-off designer watch, during a community meeting in the town now controlled by the rebel Movement for the National Liberation of Azawad (MNLA).

Mali’s average rainfall has dropped by 30 percent since 1998 with droughts becoming longer and more frequent, according to a 2013 study by the US army’s Strategic Studies Institute.

As a consequence, hunger is a chronic problem in the West African country with more than 1.8 million people, including 660,000 children, in need of food aid.

But the situation is worse in the north, which was briefly seized in 2012 by Tuareg separatists allied with Islamic fighters until a French-led military operation scattered them.

Here, some 270,000 people face starvation, according to figures from the UN Food and Agriculture Organisation (UNFAO).

For generations, people from Menaka wandered the land with their cows and goats in search of water and grass for grazing. Now even this is under threat, Majga said.

The Sahara desert is expanding southward at a rate of 48km a year, forcing whole communities to migrate and pushing them on to land occupied by other groups, researchers said in a 2011 study.

Herders from other regions, and even neighbouring countries such as Algeria and Niger, are moving onto territory that Majga’s mostly Tuareg community uses for grazing.

“This will destroy the land even more,” and cause inter-communal conflicts, said Majga.

Researchers have long warned of the risk that climate change would worsen conflict in many of the world’s poorest regions, as different groups struggling to cope with poor rains and growing desertification, take up arms to fight over scarce resources.

Last year, the Brookings Institute published a study showing the frequency of cross-border violence grows by 4 percent, while inter-group violence – the kind seen in Mali – rises 14 percent for each percentage change in average temperature and rainfall.

Pittsburgh State University professor Steve Harmon said water shortages linked to global warming is one of the factors fuelling the latest Tuareg revolt in a country that has had four rebellions since winning independence from France in 1960.

“The droughts of the 1970s and 1980s in the Sahel were kind of the canary in the coal mine for climate change [causing violence],” said Harmon.

The droughts decimated Tuareg animal herds, the main source of wealth and sustenance for the nomadic community.

After losing their livelihoods as the climate became more erratic, many Tuareg fled to neighbouring Libya, often serving in the security forces of ousted leader Muammar Gaddafi.

Following Gaddafi’s killing in 2011, many Tuareg returned home and launched their latest uprising.

“The current crisis … coincided with a period of drought and famine,” said Dona Stewart, a former US military analyst.

“Environmental issues certainly can exacerbate the economic and political drivers of conflict,” she said, adding it was impossible to draw a direct causal link between climate change and ongoing violence.

UN-brokered peace talks between Mali’s government and the MNLA have stalled several times.

A deal is expected to be signed on May 15 in Algeria, but, Stewart predicted violence is likely to continue even if that happens, since al-Qaeda-affiliated fighters and other armed groups operating in the north are not part of the negotiations.

The links between climate change, violence and basic human needs are not lost on Malian government officials.

“In the north there is such poverty, the environment is so tough, that when the jihadists come they find it easy to get followers,” Paul Coulibaly, a senior adviser to Mali’s agriculture ministry, said in an interview in his air-conditioned office in Bamako.

“Even if they [fighters] don’t bring money – just food – they will find allies if they can feed people,” Coulibaly said.

Chief Majga, however, does not believe the government really understands the problems his community faces.

Echoing one of the major grievances of the Tuareg separatists, he said the Bamako government had neglected the region and was responsible for its poverty.

Officials back in the capital said action was being taken to address some of the problems caused by climate change, pointing to new irrigation efforts and other plans to offset a warming planet.

But they also acknowledged global warming was making it harder to produce food in Mali, and fuelling at least some of the strife the country currently faces.

“The link between food security and political security is plainly obvious,” Coulibaly said. 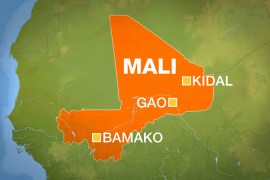 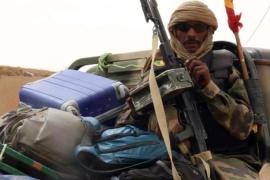 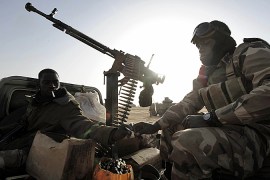 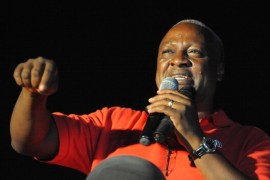 West African leaders in Ghana to discuss regional threats as Mali and Nigeria struggle to rein in armed groups.