The Deepwater Horizon disaster that started on April 20, 2010 was the largest oil spill of its kind, killing and maiming countless marine animals, shorebirds, sea turtles and other wildlife.

At the time of the incident, many journalists accused BP of preventing media access to the affected regions, and causing an information blackout.

In response, a small group of mapping enthusiasts trained local volunteers to capture more than 100,000 aerial images of the coastline. These were stitched together into large mosaics that provided an independent source for monitoring the effects of the spill.

Jeff Warren was one of the team members helping out on the front line. “We started with balloon and kite mapping, but … other things came up,” he explained.

“People would come across residues on the beach or dead fish or animals … and they wanted to definitely say that this is crude oil and link it to this spill. So we literally started googling, ‘How do you identify oil?'”

It was at this point that the idea for Public Lab was born.

Warren said many of the critical issues of our time, such as climate change, natural resource extraction, and infrastructural resilience are putting pressure on communities, which have limited abilities to document the impact.

The required equipment is prohibitively expensive and therefore they are reliant on organisations such as the Environmental Protection Agency (EPA) in the US to gather information and penalise companies for breaches of the law.

In 2014, the EPA opened 271 environmental cases but delivered just $163m in combined federal administrative and civil judicial penalties and criminal fines. Critics say these figures are indicative of a system that doesn’t work and is consistently abused by companies not complying with the legal framework established to protect citizens and the environment.

Public Lab is hoping to combat this disregard for the environment by putting low-cost scientific tools into the hands of citizens, empowering them to go out and monitor their own environment – and challenge those polluting it.

Shannon Dosemagen, one of the original founders of Public Lab, said communities can use this do-it-yourself approach “to identify, redress, remediate, and create awareness and accountability around environmental concerns”.

At first much of the development of these toolkits came from the founders and a few core users. But Warren explained: “The really exciting thing is that kits are now being developed by lots of people in our community. It’s a really fast-paced, collaborative group who are turning out innovative work across many types of pollution.”

Don Blair is an active Public Lab user who has been developing a water testing kit that measures temperature, depth, and conductivity. Using open-source principles, he’s been collaborating with the online community to rapidly develop the tool.

The device is just about to enter its next generation of development to improve stability, structure, and provide a mobile phone connection for downloading results. Blair said he is bolstered by “a wave of interest in the tool, such as to monitor water systems affected by the gold mine industry in Brazil and Colombia, measure road salt contamination in the Boston area, and identify saltwater intrusion in the Mississippi Delta”.

One problem with this civic science model is the reliability of the data, not because of the accuracy of the equipment, but because of the practises of the people using it.

Warren said right now they are focused on developing rigorous and repeatable tests for specific cases, and collecting and presenting data in ways that are useful for regulators, law enforcement, and legal claims.

But eventually they will have to build good practises in the community with regards to data collection and publication, “while not giving up the creative, exploratory attitudes that have enabled us to develop such cheap, accessible, and simple kits to date”.

Eustis successfully flew a kite with an attached camera to capture low-altitude photographs of a company dumping coal into the Mississippi River. “The stack of coal seen in the photo showed multiple days of violations,” said Eustis.

A proposed settlement in July 2014 offered a payment of $17,961.74 without admission of liability and $16,500 for an environmental project and various improvements to upgrade the facility – in what seemed like a gentle slap on the wrist.

The outcome, however, was still a positive step forward for civic science and it’s hoped this success will be replicated in communities all over the world.

As in Eustis’ case, an important part of the achievement was the collaboration with other agencies.

“We have a good relationship with various individuals and groups within the EPA,” said Dosemagen.

“We think that community collected data can help groups such as the EPA in filling gaps and calling for larger environmental studies.”

The EPA seems to share the sentiment. “These projects have been remarkably successful in expanding scientific knowledge, raising people’s awareness of their environment, and leveraging change,” its website said.

With air-quality monitors, water-testing devices, spectrometers, infrared cameras and balloon kits either available or in development, citizens will soon be able to equip themselves with a set of tools to help them understand the environment around them.

They can target specific concerns within their area, be that forcing a company to be accountable for its pollution, or gathering data to impact new policy decisions.

Either way, open source civic science is empowering communities to play an active part in the decisions affecting their environment – and that can only be a good thing. 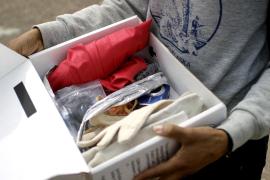 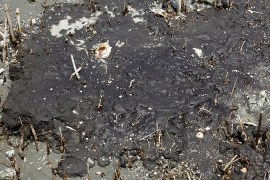 Three years after well blowout, declining seafood catches and deformities point to an environment in distress. 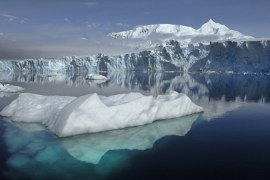 The US disconnect over climate change

Amid growing scientific proof that global warming is man-made, we look at why the public gives credence to the sceptics. 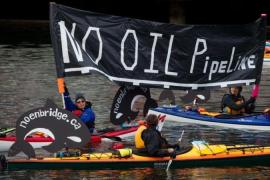 Despite opposition from the public and environmentalists, the government appears to be moving ahead with the project.