London, UK – Teachers have claimed that they are being pressured to spy on their own students because of new counterterrorism laws which they say risk scapegoating Muslim school children and stifling discussion of controversial issues in the classroom.

Delegates attending this week’s conference of the National Union of Teachers (NUT), the UK’s largest union of school staff, voted in favour of a motion criticising the government’s anti-radicalisation strategy – “Prevent” – after hearing that teachers were being used as “front-line stormtroopers” to monitor students for signs of extremism.

“We have to be clear that we are being put in the position where we are being expected to be the front-line stormtroopers, who listen, spy and notify the authorities about students that we may be suspicious of,” Jan Nielsen, a teacher from London, told the conference.

The motion also questioned new regulations requiring schools to actively promote so-called “fundamental British values”, defined by the government as a commitment to “democracy, the rule of law, individual liberty and mutual respect and tolerance of those with different faiths and beliefs”.

“Telling teachers to teach British values is an attempt to scapegoat children and Muslim students in particular so the government can look like they are being tough on terror and immigrant communities who do not fall into line,” Vendathal Premkumar, another teacher, told the conference.

Alex Kenny, a member of the NUT’s executive committee, told Al Jazeera that many teachers and students no longer felt comfortable discussing issues such as the Charlie Hebdo shootings in Paris and warned that fears about being labelled extremist were shutting down debate in the classroom.

“We’ve heard of young students saying they are unwilling to talk about Charlie Hebdo. They’ve been told not to discuss it in school because if they say they are offended by the cartoons they don’t know where that information will go,” he said.

In one case cited to the conference, a schoolboy who applied for permission to visit his dying grandfather in Pakistan had his laptop searched by his headmaster.

Many parents and some students feel they can no longer confide in their teachers or even crack a joke about certain things because what they say or how they act could be interpreted as signs of radicalisation or extremism.

Another pupil was questioned by teachers after participating in a discussion about extremism after Friday prayers, despite having made the argument in the debate that joining jihadist groups was wrong.

“We’ve heard of the police going into schools to talk about Prevent to teachers and saying things like, ‘If a kid thinks the West is at war with Islam it might be a cause for concern.’ Or if a child goes on a demonstration against the bombing of Gaza, ‘Keep an eye on him.’ Teachers are nervous because they don’t know where the boundaries lie,” said Kenny.

Talha Ahmad, a spokesperson for the Muslim Council of Britain, told Al Jazeera that the teachers’ concerns mirrored those of Muslim parents and students.

“Many parents and some students feel they can no longer confide in their teachers or even crack a joke about certain things because what they say or how they act could be interpreted as signs of radicalisation or extremism,” Ahmad told Al Jazeera.

“We’ve been saying for a long time that the Prevent programme is ineffective and ill-designed. It doesn’t engage with the Muslim community with mutual respect; instead it treats Muslims as a suspect community. It feeds into existing mistrust and alienation and makes it worse.”

The role and responsibilities of schools in addressing radicalisation and Islamic extremism have been debated in recent weeks after a number of cases of schoolgirls absconding to Turkey with the apparent intention of reaching territory controlled by the Islamic State of Iraq and the Levant (ISIL).

Schools and teachers have also come under increased scrutiny from education authorities and politicians since last year’s “Trojan Horse” affair, an alleged plot by supposed Islamists to infiltrate and gain control of the governing bodies of a number of schools in the English city of Birmingham.

A parliamentary report published last month discredited those allegations, concluding that only a “single isolated incident” of extremism had occurred.

Yet the Sunday Times newspaper reported last week that up to 100 teachers and teaching assistants could be banned from working in schools as a result of investigations into their political and religious beliefs launched as a consequence of the “Trojan Horse” claims by the UK’s teaching standards watchdog.

Other education professionals have already raised concerns about the weight of responsibility being placed on schools to protect their students from extremist influences.

“Where heads have clear evidence that young people may travel to Syria or get involved in extremism they can and must alert parents and the appropriate authorities. But they are not counterterrorism experts nor do they conduct surveillance on young people,” Russell Hobby, the general secretary of the National Association of Head Teachers, said last week.

“Schools’ duty of protection involves educating people well and sharing what information they do have with other agencies. We cannot reasonably expect schools to perform police functions.”

Prevent has long been a source of resentment among many British Muslims, with critics complaining that it treats the entire Muslim community as a security threat and subjects it to discriminatory levels of surveillance and harassment.

Senior officials have also questioned its effectiveness, with Eliza Manningham-Buller, a former head of the UK’s MI5 security agency, telling parliament that Prevent was “clearly not working”, and Dal Babu, a former high-ranking Muslim police officer, calling it a “toxic brand”.

But laws introduced earlier in the year as part of the Counterterrorism and Security Act now mean that all workers in the public sector, including teachers, healthcare, and social workers, have a statutory responsibility to collaborate in the programme and “prevent people from being drawn into terrorism”.

“Public sector officers now have a duty to look at Muslims and see if they are somehow going to be a potential terrorist in 20 years time. It is the institutionalisation and legalisation of McCarthyism,” Jahangir Mohammed, a consultant studying the impact of Prevent on Muslim communities, told Al Jazeera.

“This is going to destabilise community relations totally. We are going to see a complete breakdown in trust.”

With campaigning under way in the UK ahead of May’s parliamentary elections, the Department of Education said it would not comment on policy issues in order to remain politically neutral.

A spokesperson for the Conservative party, which has led the country’s coalition government for the past five years, said: “The battle against extremism begins at school where young people learn to be active, resilient and tolerant citizens, ready to seize the rich opportunities of modern Britain.

“We want all schools to promote [British] values, not just as a bulwark against extremism, but as a vital part of preparing young people to get on in life. It helps to open young people’s minds, making them into citizens who respect difference, who welcome disagreement and who challenge intolerance.”

Kenny said teachers had a vital role to play in discussing issues such as extremism with their students and flagging up child welfare concerns with appropriate authorities. But he said current government policy was only making their job harder, and sending children elsewhere in their search for answers to difficult questions.

“Young people, like many of us, are trying to make sense of quite a damaged world. Like us, they are looking at cause, effect and solutions and they need a space to talk about those things,” he said.

“We think schools are a good place to do that, but it should be done in the spirit of openness and inquiry where students can say difficult, challenging or unacceptable things. If the debate is shut down then kids are going to have that debate somewhere else where teachers won’t be in a position to steer them.” 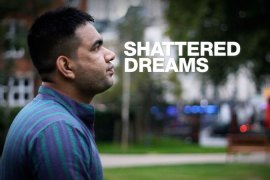 Bangladeshi students travel to the UK in hope of a prestigious education only to find the reality is quite different. 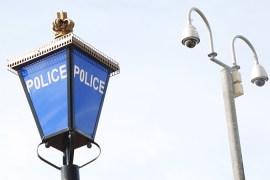 Muslims in the UK say they are unfairly targeted by programme asking medical workers to identify potential ‘terrorists’. 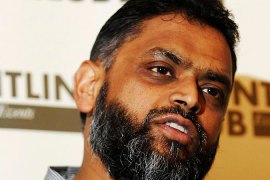 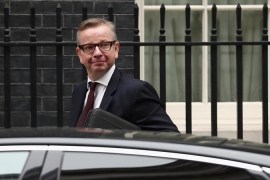