I don’t envy the position Uefa are in with hooliganism on and off the pitch.

It’s easy to criticise. But I know what I’d like Uefa to consider when they read the referee’s report and decide in action – something radical.

It’s about time nations were exposed to the threat of being actually thrown out of competitions.

The latest unacceptable situation unfolded in the most problematic of regions for UEFA, the Balkans. We have all become accustomed to ugly images from games involving Balkan nations, but I have to say an incident in the Montenegro v Russia qualifier actually managed to shock me.

You could say it was unlucky for Igor Akinfeev to be struck by the flare thrown in the first minute of the game. Conversely, he was lucky not to be more seriously injured, even blinded, if it had been thrown earlier and he was facing forward.

After a delay of 30 minutes while Akinfeev was rushed to hospital – how depressing is that line – the game eventually restarted with second-choice keeper Yuri Lodygin in goal. Why should Russia have had to switch goalkeepers because of hooliganism?

In the second half, the match was abandoned when players fought each other after a saved Russian penalty.

There were similarities from the dreadful scenes in Belgrade in October when Serbia and Albanian players clashed. This was politically motivated of course, and so is a lot of the behaviour in and out of football stadiums in the region.

So what to do? The threat has to be there that this behaviour simply has no place in football. If people want to act like cavemen, there’s nothing Uefa can do other than protecting the touring teams.

Remember how England U21 players were exposed in Krusevac in 2012? Those were racially motivated attacks that provoked a response from the players.

It may not have been a full international but there was no reason for Uefa’s Disciplinary Committee to treat this with fines and suspensions. They should have gone tough, having already delivered a severe warning to the Serbian FA. But the committee bottled it.

And that leaves Uefa with a problem that is in danger of recurring. Hooliganism is not for them to deal with alone, but there is obviously every chance of further issues into this qualifying campaign.

That’s why I believe the threat of expulsion has to be there.

Imagine if Montenegro could be excluded over the flare. Would the perpetrator have launched it into the Podgorica night? Maybe he still would but I can’t imagine he’d have been as popular with his mates.

Expulsions could create qualifying chaos but the qualifiers are already a farce. Twenty-four teams go through, it’s almost harder for a decent nation to fail to reach France 2016.

Racism is the associated problem of course. Not in the Montenegro incident, but it’s an open wound for Uefa to try and treat. And offenders include Russia, Italy and Spain, not just the Balkan nations. Fifa’s Sepp Blatter and Jeffrey Webb continue to talk tough on racism and suggest expulsions and relegations are the way forward. I agree it is.

And if any nation thinks it’s acceptable for one of their fans to throw a flare on to a goalkeeper’s head, I would be quickly assuring them that it isn’t, to the tune of at least a year in the European football wilderness. 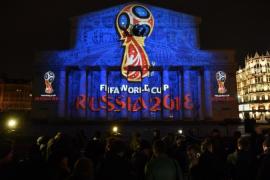 Fifa’s anti-racism adviser reckons black players may not have enough confidence in the Russian federation. 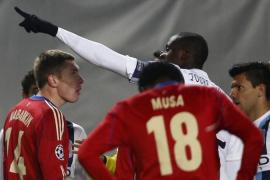 Russian champions also face UEFA charge over crowd disorder with a decision expected by the body on October 3. 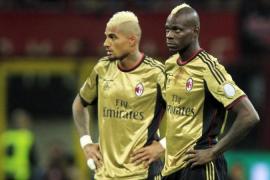 Should FIFA move the ball on racism?