Lety, Czech Republic – The modest village of Lety consists of a scattering of small dwellings, a petrol station, a local shop, a town hall and a pig farm.

The acrid stench of livestock hangs in the air at the farm where the calm is occasionally punctuated by the distant squeals of pigs, macabrely echoing the screams of people that would have been heard here 70 years ago. In 1943, this was the site of a concentration camp where hundreds of the country’s Roma and Sinti minority – men, women and children – were murdered.

The site at Lety, in the Southern Bohemian region, was established in 1939 by the Czechoslovak government shortly before the country was occupied by Nazi Germany. Initially, it served as a forced labour camp for so-called ‘unadaptable’, ‘anti-social’ citizens, both ethnic Roma and Czech men.

But by 1942, it had become a concentration camp exclusively for the Roma, with women and children rapidly filling the squalid dormitories.

Of the estimated 326 Roma who died here from abuse, neglect and hunger, 241 were children. Countless others were deported to Auschwitz or other extermination camps. Lety was shut down in 1943 following a typhus outbreak.

Covering up the past

In 1973, the communist regime constructed a pig farm here and all talk of the horrors of war were hushed up, leaving the survivors and their families alone with their memories.

Apart from a small, forlorn memorial opened by former President Vaclav Havel in 1995, there is little else to hint at the atrocities that took place here.

Cenek Ruzicka is the chairman of the Committee for the Compensation of the Romani Holocaust in the Czech Republic. Ruzicka’s mother was interned at Lety for three years, one of the few from his family to survive, despite suffering a miscarriage while in the camp.

She kept her internment a secret from her son until the 1990s when the grim truth began to seep back into public consciousness.

“It was the worst day of my life. I went to Lety, stood in front of the gates then went home and asked my mother why she never told me. She replied that she was worried that the communists would kill me because she knew I would speak up and try to get justice,” Ruzicka told Al Jazeera.

To have a pig farm on the site of a concentration camp is a symbol of how Roma are treated in the Czech Republic and all of Europe.

Cenek Ruzicka, chairman of the Committee for the Compensation of the Romani Holocaust in the Czech Republic

Should the pig farm ever be closed, Ruzicka proposes establishing a Roma-led foundation that decides on the site’s future, respecting the wishes of the victims’ families.

“To have a pig farm on the site of a concentration camp is a symbol of how Roma are treated in the Czech Republic and all of Europe. When I speak to some Czech people about what happened at Lety, they are unable to look me in the eye,” he said.

Keeping the cause alive

Though the original barracks have long gone, the farm still resembles a concentration camp. Beyond wire fences and guard dog signs, rows of gloomy grey warehouses crowned by metallic cylinders stretch into the distance.

Fixed to one gate, a sign proudly displays the European Union (EU) logo, indicating the source of the funds allocated to sustain this industrial pig farm which stands on the site where hundreds were killed.

Nothing has actually been done to redress the indignity of the farm’s existence, but there has been some grassroots activism.

In January, graffiti of human silhouettes and red blood stains appeared on the farm’s walls overnight. The artist signed his name “Perak”, the name of a Czech hero who resisted the crimes of the Nazis.

Another activist, Miroslav Broz from the antiracism NGO Konexe travels to Lety every month to block the trucks coming into the site and keep the cause alive.

“If this farm is not closed in my lifetime, I will go there and burn it down,” said Jozef Miker after carefully placing a yellow plastic flower in the fence. He is a Roma activist; his wife’s family was interned at Lety.

The snap elections in 2013, called after Prime Minister Petr Necas resigned in disgrace over a spectacular corruption bust, saw the emergence of the far-right Dawn of Direct Democracy party. It gained 14 out of 200 seats in the Czech parliament, led by its vituperative front-man Tomio Okamura. A Japanese tycoon and former reality TV show judge, Okamura denied that anyone was killed at Lety but rather the victims died of diseases caused by their “travelling lifestyle”. Other politicians have made similar statements.

The belittling or denial of the Roma holocaust, which the Roma call ‘porajmos’ – the devouring – is symptomatic of the wretched human rights situation for the country’s minority.

Far-right demonstrations have been taking place across the Czech Republic for a number of years. These are emboldened by the European economic crisis and the scapegoating of Roma provides a useful valve to release uncertainty and tension for the population.

Many Roma and Sinti children are put into schools for the mentally disabled and this de facto segregation further perpetuates their inability to integrate.

During the communist era, when debate was muted, such ignorance of the events was understandable.

Today, faced with the haunting evidence, experts say it is inexcusable.

In a smoky basement bar off the cobbled labyrinthine streets of Prague’s Little Quarter, veteran investigative journalist Markus Pape tells Al Jazeera that the continuing existence of the farm prevents the families of victims from gaining closure.

“This case shows that some victims are second class citizens. At least in Srebrenica, the descendants had a chance to say goodbye. Here, they have never opened the mass graves at Lety.”

In 1997, Pape published “And Nobody Will Ever Believe You”, a book written through extensive research and using testimonies of survivors.

It caused a national outcry, revealing that Lety was not merely a “transit camp”, nor did people just simply die from disease, and that it was staffed not by Germans, but by Czechoslovaks.

For years the country maintained correctly that the prisoners of the camp were victims of Nazi aggression.

But, for the Czech people to learn that they were agents in this tragedy is a truth uncomfortable for many to confront, although Pape insists the quest for justice is not an attack.

“This story is not about blaming a nation, it is also to find something out about ourselves,” he insisted.

The United Nations and the European Parliament have called on the Czech government to close the farm.

“Our ministry wishes the victims and their survivors a successful outcome but the farm in Lety is privately owned and the government has no chance to force them to do something,” stated Jarmila Balazova, spokeswoman for the Czech Ministry of Human Rights and Equal Opportunities.

AGPI, the company operating the farm, did not respond to requests for comment.

However, Pape points out that the Czech Republic has signed and ratified an OSCE agreement to “preserve and protect … sites of remembrance, most notably extermination camps”.

“The Czech Parliament can decide by legislative measures that Lety is a place of public interest, thus it could be expropriated in case the current owner is not willing to sell it,” noted Pape.

Whether or not there is sufficient interest for a country to confront its ghosts, only time will tell. 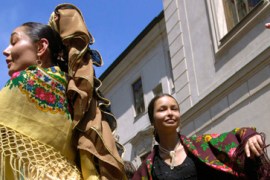 Gypsy women say they are subjected to forced sterilisations in the Czech Republic. 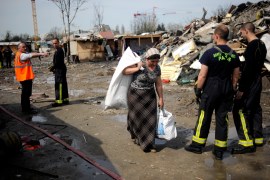 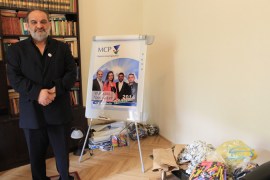 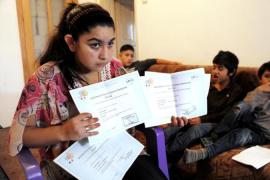 The expelling of a Roma girl and her family from France highlights problems of poverty and discrimination in the EU.