The only thing Glenn Ford has received from the state of Louisiana after spending 30 years on death row as an innocent man is a $20 debit card.

After being exonerated of murder last year, he walked out of Angola prison with $20.24; the 24 cents was the money left in his prison account. Ford is now fighting to get compensation.

In November 1983, Ford was a young man living in Shreveport, Louisiana. He sometimes did yard work for Isadore Rozeman, who owned a jewelry and watch repair shop. On November 5, Ford went to Rozeman’s house to ask him if he had work for him; Rozeman did not.

Later that day, an acquaintance found Rozeman face down and shot to death inside his store. In a trial before an all-white jury, defended by two inexperienced counsel who had never argued before a jury, let alone made a case in a murder trial, Ford was convicted of Rozeman’s murder.

From his cell in Angola prison, Ford maintained his innocence. An attorney at the public defender’s office worked on his appeal, and in 1991, attorneys at the Loyola Death Penalty Resource Center took over the case.

They went all the way to the US Supreme Court in May 2011, arguing that Ford’s constitutional rights had been violated. The Supreme Court declined to hear the case four months later.

Ford’s case changed when prosecutors went to federal court with evidence that someone else had confessed to Rozeman’s murder.

In March 2014, they filed a motion to exonerate Ford due to evidence “supporting a finding that Ford was neither present at, nor a participant in, the robbery and murder of Isadore Rozeman”.

Ford was released a few days later. After three decades on death row, the prison did little to note his release back into society. The warden, he says, told him “…it was a minor mistake on their behalf and he was sorry”.

He found a home in an airy brick house in New Orleans owned by the non-profit organisation Resurrection After Exoneration (RAE), which helps exonerated prisoners re-establish themselves.

RAE was founded by John Thompson, himself an exonerated prisoner who spent 18 years in prison, 14 of them on death row in the same prisoner where Ford was incarcerated.

Even with help from RAE, adjusting to life outside of prison has been difficult. When Ford was incarcerated, the internet, cell phones, and computers were not widespread technology.

“When I left, a computer was almost as big as a refrigerator or something. Come back now you can put them in your pocket … as fast as information moves now overwhelms me. The records you can keep in your pocket overwhelms me. Everything. I can’t go into a grocery store and buy groceries.”

Since his release, Ford has been fighting the state for compensation. Restitution for wrongful imprisonment is not a given in Louisiana; Ford is eligible for a maximum of $330,000.

Prisoners who are wrongly incarcerated in Louisiana not only have to petition for compensation from the state, they have to prove they are innocent of the crime for which they were convicted.

Ford has to prove a negative, that he did not commit the murder of Rozeman. Louisiana law states exonerees must “…prove by clear and convincing evidence that they are factually innocent of the crime for which they were convicted”.

Now even the man who sent Ford to prison has recognised the injustice of this system. Last week lead prosecutor in Ford’s 1984 trial, A. M. “Marty” Stroud, wrote a letter to the editor in a local newspaper in Shreveport, the city where Ford was convicted.

He called on Ford to be “…completely compensated to every extent possible because of the flaws of a system that effectively destroyed his life”.

Stroud also admitted there was evidence in 1984 that would have cleared Glenn Ford, that he did not do enough to uncover it, and that his “…inaction contributed to the miscarriage of justice in this matter”.

Stroud ended the letter apologising to Ford for the misery he has caused him and his family. Prison took decades of Ford’s life, and it has been punishing to his health.

Soon after he was released, Ford was diagnosed with lung cancer.  The day Al Jazeera interviewed him in February, his doctors had just told him it had spread to his bones.

Since then, his health has declined precipitously, his cancer leaving him weak. One of Ford’s lawyers, Gary Clements, told Al Jazeera,

“People are on a vigil with him around the clock.”

Al Jazeera contacted one of Ford’s original trial attorneys, Paul Lawrence, to ask him about the circumstances of the trial and Ford’s struggle for compensation.

Lawrence declined to speak about the case, saying simply; “My life has moved on.”

Ford does not have long to live. His hope is he will receive some compensation from the state that sent him to prison before he dies, money he can give to his family, something to recognise the years stolen from his life. 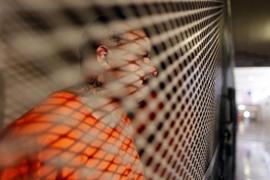 US criminal justice system: Turning a profit on prison reform? 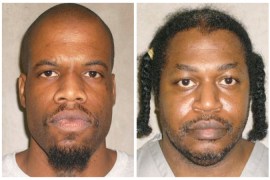