London, United Kingdom – British Muslims are being urged to turn out and vote in greater numbers than ever before in the upcoming UK general election amid claims their say could be decisive in shaping the country’s next government.

Turnout among Muslims eligible to vote has traditionally been significantly lower than among the wider population.

But campaigners say they hope a voter registration drive in the run-up to the May 9 ballot and community concerns over Islamophobia, British foreign policy, counter-terrorism measures, and economic and social marginalisation will motivate more people to participate.

Launching a “Muslim Manifesto” at an event attended by members of parliament from each of the UK’s three main parties earlier this month, Sufyan Gulam Ismail, the head of MEND, a grassroots group encouraging Muslim participation in public life, said the potential for Muslim voters to re-elect or unseat incumbent candidates in many marginal seats was “absolutely extraordinary”.

Almost all major Muslim organisations say it is a civic obligation for us to participate in the electoral process because we have an opportunity to make our societies better, not just for Muslims but for everyone.

“There is phenomenal untapped potential,” said Ismail. “You have got a community that could make a massive difference to the political landscape.”

According to figures from the last census, the Muslim population of England and Wales increased from 1.55 million to 2.77 million between 2001 and 2011.

In contrast to an aging population, 48 percent of British Muslims are 24 or younger, and one-third are under 15.

And with just 47 percent of eligible adults from the Muslim community estimated to have voted in 2010, compared with a turnout of 65 percent among the general population, campaigners say it is time for Muslims to stand up and be counted.

“The fact of the matter is that we are a community that is growing. We are becoming increasingly active in the political sphere and politicians will have to take notice,” Shamiel Joarder, a spokesperson for YouElect, another grassroots initiative to encourage Muslims to register to vote, told Al Jazeera.

“This is an important election in terms of the way the political climate is at the moment, with smaller parties coming to the fore and a lot of marginals, and we need to make sure that all politicians are held accountable. MPs need to realise that we will be voting and that they need to make sure our concerns are looked into and not brushed aside.”

Current polling suggests the UK could be heading for a repeat of the indecisive result of the 2010 election, when neither of the two main parties, the right-wing Conservatives and the centre-left Labour, secured enough seats to gain an overall majority in the 650-seat House of Commons, the democratically elected lower chamber of the British parliament.

Since then, the Conservatives, led by David Cameron, the British prime minister, have governed in coalition with the Liberal Democrats, traditionally the UK’s third party, although the electoral picture this time has been clouded by the rise of the anti-immigrant UK Independence Party, and increased support in Scotland for the Scottish Nationalist Party.

That has intensified interest in voting preferences in marginal seats as never before. Research carried out by Operation Black Vote found the number of ethnic minority voters was larger than the winning majority at the last election in 168 constituencies, and significantly influential in another 37 seats.

Some acolytes of Anjem Choudary, a media-friendly Islamist cleric with marginal support, have staged self-styled “Islamic Roadshows” in London urging Muslims not to vote, and encouraging supporters to post on Twitter using the hashtag #StayMuslimDontVote.

“By and large communities of all theological persuasion accept that voting is not only acceptable, but that it is a positive duty on us to play a fuller part in the civic life of the country,” said Ahmad.

“Almost all major Muslim organisations say it is a civic obligation for us to participate in the electoral process because we have an opportunity to make our societies better, not just for Muslims but for everyone.”

Voters from all ethnic minorities have traditionally favoured Labour, but support for the party among Muslims dropped significantly in 2003 because of British involvement in the invasion of Iraq, with many switching their votes to the anti-war Liberal Democrats in the 2005 election.

Some stayed with the Liberal Democrats in 2010, but with that party currently struggling to muster double-digit support in opinion polls amid disillusionment with its role in the current coalition, Maria Sobolewska, a political analyst for the British Election Study, said predicting how Muslims would vote was harder than ever.

“Many are now undecided voters. The Labour Party has a history of taking them for granted, but the other parties have ignored them as well thinking they were safe Labour voters, so it is something that could come into play at this election, but definitely at the next election,” Sobolewska told Al Jazeera.

“They are a growing electorate and they are younger than the average population, so they will become more and more important as time goes on.”

For some senior politicians, that trend is already setting off alarm bells. Speaking at the MEND launch event, Sayeeda Warsi, a former chair of the Conservative Party who resigned from the government last year in protest at what she called its “morally indefensible” failure to take a tougher stance over Israel’s assault on Gaza, said the Conservatives had gained just 16 percent of ethnic minority votes in 2010, compared with 36 percent overall.

“That is an appalling figure. It should put the frighteners on the Conservative Party, not just because morally it is right that we should represent all of Britain and that all Britons should feel they can vote for the Conservative Party, but because of the changing demographics. We will make ourselves less relevant if we are not engaging with the growing communities that we have in this country,” said Warsi.

Campaigners accept that Muslims will not vote as a bloc and are instead encouraging voters to scrutinise their local candidates from all parties on issues of most concern to their communities. MEND’s manifesto calls on candidates to sign up to a series of policy pledges, including measures to tackle Islamophobia and hate crime, and support for an independent Palestine by 2017.

Other concerns include the disproportionate impact of counter-terrorism legislation on Muslim communities, minority rights, and discrimination against Muslims in employment and education. Ahmad said half of British Muslims lived in the 10 percent most deprived areas of the UK, which have been particularly hurt by austerity cuts to public services.

“Our issues, such as housing, healthcare and education, are in no way different to other communities’ issues, but when you put these together with the issue of Islamophobia, which is on the rise as we know, then Muslim communities find themselves in a particularly disadvantageous position,” Ahmad said.

Shamiel Joarder of YouElect pointed to the passing into law last month of the government’s new counter-terrorism and security act, which was pushed through parliament without significant opposition or scrutiny despite widespread concerns within Muslim communities about the impact of more intrusive security powers, as reason for Muslims to not only vote but to become more politically engaged.

“We need to know what is going on all the time and we need to be part of the process,” said Joarder.

“MPs need to know that they can’t just vote on something and they’ll have no feedback on it and we’ll vote them in again. They need to understand that these things affect people, and to do that you have to have a say.” 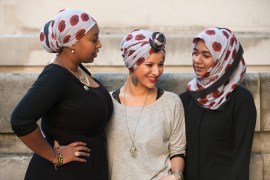 Poppy-themed headscarf offers Muslim women a way to remember those who fought and died for Britain in world wars. 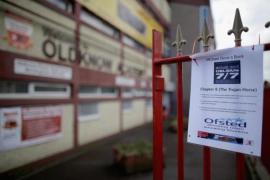 In search of ‘British values’

So Mr Gove, are these the ‘British values’ we should sign up to, on the front cover of the Spectator? 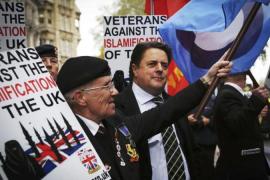