Moscow, Russia – The Semitic language spoken by more than 50,000 inhabitants of Yemen’s Socotra island is a linguistic time machine.

Socotri is the most archaic and isolated of several archaic and isolated tongues spoken in Yemen and Oman known as “modern South Arabian languages”. Its vocabulary is immensely rich – for example, there are distinct verbs for “to go” according to the time of the day, or for “to give birth” depending on the animal involved.

Socotri’s roots are close to the oldest written Semitic tongues that died out thousands of years ago – and it has grammatical features that no longer exist in Arabic, Hebrew or Aramaic. The study of Socotri helps understand the deep, prehistoric past – and the subsequent evolution – of all Semitic tongues.

“This is a very archaic linguistic and literary system that in many ways, I think, has preserved what we, the scholars, are used to perceive as the Biblical world or the ancient Arabic world,” Leonid Kogan, professor of Semitic languages at Moscow’s Institute for Oriental and Classical Studies, told Al Jazeera.

“All of it is very much alive on today’s Socotra.”

Then how is it that Socotri’s first alphabet was invented five millennia after the cuneiform tablets in Akkadian – the first written Semitic tongue – and it happened some 5,000km north of Socotra, in Russia’s Moscow?

Driven by greed, curiosity, and monsoon winds, countless sailors and merchants have for centuries passed through Socotra, a major trading hub between the Gulf of Aden and the Horn of Africa.

But the language of its inhabitants – fishermen, semi-nomadic herders, and date-palm growers – remained off scholars’ radar.

Medieval Arab travellers who reached the distant corners of Europe, Indonesia, and sub-Saharan Africa – describing dozens of ethnic groups and the tongues they spoke – wrote next to nothing about Socotri and its linguistic siblings, although they realised the radical difference of the language from Arabic and its tantalising complexity.

“Despite historical contacts and a common culture, there is no mutual understanding between native speakers of Arabic and native speakers of any” modern South Arabic languages, wrote Marie-Claude Simeone-Senelle, a French expert on Socotran folklore.

Western linguists “discovered” Socotri in the early 19th century, and thought the Biblical Queen of Sheba (the Quranic Bilqis) spoke it.

Austrian orientalist David Heinrich Muller used the Arabic script to write down several examples of their oral poetry in 1889, but modern Socotrans have trouble understanding them now.

Huge red stars appeared on public buildings as the nation’s leaders adopted Marxist ideology and tried to de-Islamise the nation.

Strategically located Socotra hosted a Soviet military base, which meant Soviet scholars had unlimited access to the island’s historic and linguistic treasure trove.

One of them was Vitaly Naumkin, an acclaimed Arabist and the current head of Moscow’s Institute of Oriental and Classical Studies. For several decades, he studied Socotran ethnology, archaeology, and linguistics and painstakingly classified Socotri’s extremely complicated and diverse grammar.

His team also invited Socotri-speaking “informants” to Moscow – where they spent months retelling their mother island’s oral poetry and folk tales, or conjugating verbs for the Socotri grammar tables.

There, in 2010, one of the informants named ‘Isa Gum’an used the Arabic script to write down a story he’d heard from a friend.

“It was our major surprise … when one November evening in 2010, ‘Isa Gum’an somewhat timidly revealed to us that, in order to better preserve an interesting story he had heard from a friend a few days earlier, he had decided to put it in writing using Arabic script,” Naumkin wrote in the preface to the 2014 book of Socotran folklore.

The eureka moment prompted the invention of an easily accessible Socotri alphabet based on the Arabic script. To reflect the phonetics of Socotri, Russian linguists decided to add four letters to the Arabic alphabet – using symbols that denote non-Arabic phonemes in the languages of the Indian subcontinent.

But it was not the use of the Arabic script and additional symbols that make the new alphabet matter – it is the comprehensive scientific effort that followed it.

“One should not overemphasise the importance of these additional symbols, that, after all, are not that hard to invent,” Kogan said.

“What is really important and challenging is the general concept of Socotri as a written, standardised literary language. That’s what we call ‘the new Socotri writing system’, and that’s the most complicated, most controversial task.”

The new script was shown to Socotri speakers who had no difficulties reading it.

It also “has enabled the direct, active and creative involvement of Socotrans in the linguistic investigation of their mother tongue, allowing them to check, approve and, not infrequently, correct the work of Western researchers collaborating with them”, Naumkin wrote.

Together with several scholars from his institute, in 2014, Naumkin published a 750-page book with Socotran folklore that utilised the new alphabet and contained Arabic and English translations of the texts.

Part two of the compendium is to be published this year.

Although the Socotri language was isolated, the folklore was not. Some of its themes are similar to those found among Algerian Berbers, in India, Africa, and Europe.

“There is an absolutely obscene plot that has distinct parallels with the Dravidian [folklore] of Middle India and [the speakers of] Mofo-Gudur near Lake Chad,” Yuri Berezkin, professor of anthropology at the European University in St Petersburg, told Al Jazeera.

“This could be traced to early Asian-African contacts of the 2nd-1st millennia BC, but could be later.”

But more importantly, it still retains some themes that date back to the dawn of human civilisation and religions in the Middle East.

“Socotran folklore helps understand many themes, literary features of written ancient Semitic traditions – the Old Testament, Ugaritic epics, and even Assyro-Babylonian, Mesopotamian literature,” Kogan said. “And vice versa, a trained philologist acquainted with those traditions is capable to see the world of Socotra from a completely different, unexpected angle.”

Socotra, dubbed by some as “the Indian Ocean’s Galapagos”, is famed for its landscapes, blood trees, plants that produce frankincense, and hundreds of endemic life forms – some of which face extinction.

Socotri is just as endemic – but is it endangered?

After the fall of the pro-Soviet government and Yemen’s reunification in 1990, the southerners were reintroduced to Islam, largely thanks to neighbouring Saudi Arabia. Socotrans were especially zealous to learn proper Islamic practises – and overcome the stigma of a “backwards” people, Kogan said.

But the Islamisation did not bring about Arabisation, something that has been happening in the Middle East for centuries with the gradual conversion of those who spoke Aramaic, Coptic, and Berber languages.

Socotrans do adopt political, technical, and religious terms from Arabic, but their language stands strong.

“What we are able to see now is a rather harmonious synthesis, and there are good chances that Socotra and Socotris find their appropriate place in a broad Arab and Islamic context without getting rid of most of their – to be sure, highly esteemed and cherished – traditional values,” said Kogan. 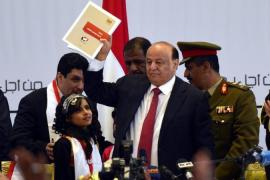 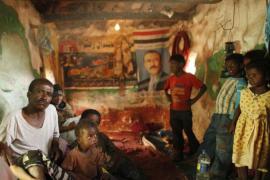 Yemenis who are born to foreign parents face institutional discrimination because of their perceived lack of ‘purity’. 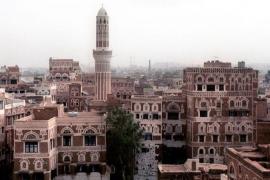 Some welcome the news as an opportunity for Yemen to gain its independence from Saudi’s debilitating influence.