New Delhi – A professor in Germany has ignited an uproar in India after she refused an internship to a male Indian student, citing his country’s “rape culture” for the unfavourable decision.

Responding to the internship application through email, Professor Annette Beck-Sickinger of the University of Leipzig wrote, “We hear a lot about the rape problem in India which I cannot support. I have many female students in my group, so I think this is something I cannot support.”

The letter went viral on social media with students condemning the act. Later, the professor apologised.

Al Jazeera spoke to Indians from across the country about the issue.

I am really embarrassed as a citizen of this nation, but equally appalled at the university’s reaction. The way they have generalised the entire male student community of India is very immature. And that too coming from an educational institution is all the more alarming.

This will send out a wrong message not only to the Indian communities and students living abroad, but also polarise the thoughts of the other host nations where Indian students are pursuing their career opportunities.

Indians constitute quite possibly one of the largest if not the largest group of students studying in foreign countries. We add value to these countries by boosting their education market and their economy. Such an incident is sad and regrettable. The plight of certain women is horrendous in India, but what is more sad is the fact that the university of a ‘progressive country’ like Germany can be so myopically bigoted in its approach to students. Meritocracy has been superseded by unjustified beliefs.

Meritocracy has been superseded by unjustified beliefs, that too in a country that murdered thousands in just the previous century and now stands to correct the morals of India.

It is extremely embarrassing that a country which worships woman in a form of a goddess is attaining such a bad reputation, because of loose law and order and age old judicial system.

It is time for the men in the society to respect them and make the world a better and safer place.

But it is unjustified to deny an individual the right to education or profession just because he comes from a land where such cases are more prevalent than any other social stories. Every person is different, but as these institutes say “they reserve the right of admission”, there decision is unjustified but is their prerogative.

As an Indian, I feel the assertion made is condemnably unjustified, because it is a starkly biased view of India. Frankly speaking, the problem of increasing sexual violence against women is real in India, as it is in any other society.

The statement made by the professor is a distortion of the reality. Thankfully, the German Ambassador to India has set the record straight by pulling up the professor for her remarks. Hopefully this should settle the issue.

The fact that India is gaining a name for all the wrong reasons does not come as a surprise, especially against the backdrop of the debate on violence against women being on the upsurge and the whole controversy surrounding “India’s Daughter”.

It is a matter of shame for any country to be recognided for its “rape culture”. There is no denying the fact that women are not treated well in India, protection is considered a better solution than prevention, where crime against women is concerned.

However, it is totally unjust and illogical to deny internship to a male intern on account of India’s “rape culture”. We are all for the right to equality for women but that will not come about by denying the same to the opposite sex.

That professor was wrong while generalising a whole nation. You can’t ignore or reject somebody on the basis of their caste, religion, country or sex. Has she forgotten what Germany did under Third Reich? Should we believe that every German is responsible for what Hitler did? A historian once said, “A nation that forgets its past can function no better than an individual with amnesia.”

But do we deserve it? I think the answer is again is yes. Rape has been prominent in our country for so long that it has become a cultural identity for us.

It is embarrassing that we are gaining such a reputation. However, I feel it’s more important for us to focus on eradicating the mindset of the people in our country, to whom such a horrific act is acceptable.

Women in India are put through various types of mental, emotional and physical torture in their daily lives, and the culture of looking down upon them as the weaker sex is what I think is unjustified.

The fault lies within us as a society and we need to take the onus of this collectively.

It is our responsibility as rational human beings that we show the way to others, who, for whatever reasons, don’t understand and respect the right of each human to choose the way they live their life, as long as no harm comes to others.

Abhijit Das, 28, senior engineer with an IT firm in Bangalore

The first step to a solution is accepting the problem. I am embarrassed about being an Indian man when in my country – “men” are psychopaths without an iota of respect or love for women.

The fault lies is in the traditional patriarchal culture. Mothers do not teach their sons they are not better than their daughters. The grandparents are still not happy with a granddaughter, there is still a need for carrying-the-family-name-forward.

However, it is still unjustified to classify all of us and deprive someone of a hard-earned internship because of a stigma surrounding that country and its “men”. It is education and social development, which can help fix this situation for the next generation, and teach them that all are born to be equal.

The rape culture in India should resolved and changed by stricter punishment and education about equality in schools and homes. Not by discriminating Indians. 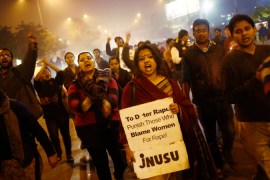 We ask if the 2012 rape and murder of a New Delhi student changed attitudes in a land that has long favoured its sons. 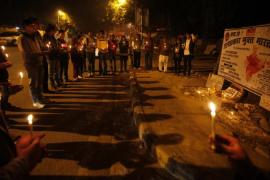 Events held across India in memory of medical student who died after being brutally gang-raped last December.