US military leaders have been questioning whether Iraq is ready to launch a sweeping counter-offensive against ISIL.

On the Iraqi side, that question seems to have been answered with Prime Minister Haider al-Abadi, announcing in Germany that he wanted to share “the good news that Mosul would be liberated” soon.

Although no broad offensive would be complete without recapturing the capital of ISIL’s self-declared state, in military matters, Iraq and the US have often operated on different time lines.

US air strikes have made it possible for Iraqi security forces working with the Kurds and Shia fighters to take back key pieces of infrastructure and significant territory, including most of Diyala province and the Sinjar area of northern Iraq.

However, most of al-Anbar, bordering both Syria and Jordan, is still held by ISIL and populated by Sunni tribes that have not been persuaded that it is in their interests to fight with the Iraqi government.

As US President Barrack Obama’s envoy and co-ordinator in the fight against ISIL, part of retired General John Allen’s job is shoring up international support for the conflict – now engulfing Iraq and Syria.

In the wake of ISIL’s killing of a captured Jordanian pilot, it has become more important than ever that the US and its allies, criticised for not doing enough, are seen as doing everything they can.

For the US, its participation in the fight comes with a lot of constraints.

Some US military leaders are chafing at the narrow legal authorisations and limited political mandate for military action.

While the Canadian armed forces recently held a news conference to announce that its snipers had been on the frontlines with Kurdish troops, the Pentagon has made clear that its soldiers and special forces operatives have been advising from behind the walls of the bases.

And while the Iraqi government air strikes often err on the side of overkill in targeting even civilian areas with an ISIL presence, US targeting has been much more measured.

The caution by the US and its coalition partners was made clear in Allen’s visit to Baghdad in January.

Rather than rushing into a major ground offensive, he said any assault on Mosul, for instance, would have to be preceded by a properly trained force, as well as plans for a police force to hold the city once it had been retaken.

This weekend in Amman, he went a little, but not much, further.

“In the weeks ahead, when the Iraqi forces begin the ground campaign to take back Iraq, [the] coalition will provide major firepower associated with that,” he told Jordan’s state news agency.

But it is not air power that is keeping Iraq and its partners from launching a major ground campaign. A lot of the Iraqi forces needed are still in basic training.

The Sunni tribal forces needed to defeat ISIL and keep it from regenerating are still largely theoretical.

ISIL’s rampage through Iraq, on top of the sectarian violence of the last decade, have left the country a patchwork of official and unofficial security forces.

Describing what was left last year after ISIL’s advance, Allen said: “Much of their [the army’s] equipment have been lost, much of the forces have disappeared, the tribes have been overrun.”

While Iraq could start a counter-offensive in the next few weeks, many Iraqis believe they will be fighting ISIL and its legacy for years. 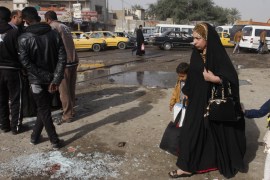 US co-ordinator for anti-ISIL coalition says operation will start “in weeks ahead” and be backed by “major firepower”. 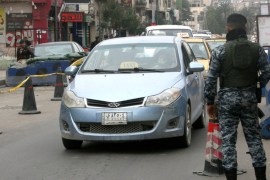 Curfew aimed at curbing violence by limiting movement at night ends, hours after dozens are killed in suicide bombings. 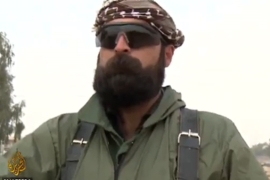