Revelations about Palestinian Authority President Mahmoud Abbas’ capitulation to Israel and the United States are nothing new.

The Palestine Papers published by Al Jazeera in 2011 included scores of internal memos that provided evidence of PA collusion with Israel. They revealed backing for Israeli policies that resulted in the jailing and deaths of Palestinians, and described PA’s complicity in efforts to help Israel dodge war crimes charges for its 2008-09 assault on the Gaza Strip.

It’s the latter that has resurfaced in the Spy Cables, which include an account of the head of Israeli intelligence, Meir Dagan, lobbying on behalf of President Abbas in an effort to suppress the Goldstone Report.

South African jurist Richard Goldstone had led a UN Human Rights Council fact-finding mission that established war crimes were committed by both sides during Israel’s 2008-09 assault on Gaza – which killed around 1,400 Palestinians, many of them children, in addition to 13 Israelis.

The 47-member Human Rights Council, made up primarily of countries in the developing world, was poised to refer Judge Goldstone’s findings to the UN General Assembly. Such a referral at the time was widely hyped as a devastating threat to Israel. It could – at least in theory – have paved the way for a formal international war crimes investigation (even though that would have certainly been prevented by the a US veto at the UN Security Council).

But the Israelis and Americans preferred to nip a UN referral in the bud, launching an aggressive lobbying campaign to cajole allies and even adversaries to squelch the Goldstone Report.

They argued that if the Human Rights Council referred Goldstone to the Assembly, it would have a damaging effect on the (already moribund) peace process. At the time, South Africa was a voting member of the Council. And despite the longstanding support that South Africa’s ruling ANC gave to the Palestinian struggle for freedom – and Israel’s former alliance with the apartheid regime that was ousted in 1994 – the Israelis sought to persuade the South Africans to vote in their favour.

A secret intelligence report details an urgent call placed by the head of Mossad to his South African counterpart on the eve of the Human Rights Council vote. Much of the report expresses bureaucratic bewilderment over how Dagan had reached the South African spy boss on his personal mobile, as that number had never been given to anyone from Mossad.

More to the point are the State Security Agency contemporaneous records of the specific pleadings Mossad Chief Meir Dagan made during his October 15, 2009 call:

If the alleged claims made by Dagan about Abbas’ preferences prove true, they offer further evidence that the man claiming to lead the Palestinian national movement has also worked to shield his occupier from accountability for war crimes.

While it’s true that Abbas has now agreed to sign the Rome Statute and join the International Criminal Court, it remains unlikely to result in justice for war crimes committed in 2008-09 or 2014.

That’s because the ICC cannot launch its own probe if either of the parties is undertaking what is vaguely determined to be a “credible” investigation. The Israeli military is running 15 criminal investigations stemming from the 50-day war, and has expressed confidence that they would head off a parallel probe by the Hague-based court.

In 2009, as Israel tried yet again to weaken oversight of its actions by the United Nations, its spies should have known better than expect the South Africans to fall in line.

Pretoria was unmoved by Dagan’s brazen call, and voted at the Human Rights Council to refer Goldstone’s report to the General Assembly.

Given Abbas’ own track record, however, his failure to muster the fortitude to hold Israel accountable won’t have surprised anyone. 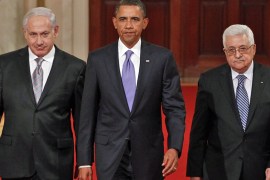