There was an air of excitement in the hall. A heat generated by expectation which belied the chill February wind outside.

Four hundred wooden chairs were laid out in the Audubon Ballroom high up in Manhattan, and every one of them was taken.

The weekly meetings of the Organisation of Afro American Unity were drawing large crowds, mainly to hear the group’s founder speak.

“Electrifying” and “inspirational” were words they used to describe him.

As he was introduced, the tall and slim, reddish-haired man walked forward and gave the traditional Arab greeting “salaam aleikum” [peace be upon you] and the crowd responded “aleikum salaam”.

As he prepared to speak, there was a disturbance in the predominantly black crowd, an angry shout. The speaker tried to calm things down: “Be cool now, don’t get excited”.

It was then the shooting started. A man with a shotgun rushed towards the stage.

Two others started firing pistols. The victim fell back over the chairs behind him, his hands still raised.

Screams ripped the air. Men, women and children pushed themselves onto the floor, hid under tables, did anything they could in those few chaotic moments to take cover.

The speaker was rushed to hospital. The emergency clinic was just a block away but it wouldn’t have mattered if it was right next door.

The doctors tried but they knew it was too late.

Fifteen minutes after he was admitted, the man was declared dead. Malcolm X, a charismatic voice in the US’ civil rights movement, had been assassinated.

It’s 50 years since that Sunday afternoon.

His autobiography, written with Roots author Alex Haley and published after his death, has been described as one of the most significant non-fiction books of the last century by a number of experts and publications.

It would be easy to dismiss Malcolm X as an angry young man. His early speeches articulated a bitterness and frustration in the black community.

“He was angry at the situation – but he spoke the truth,” says Zaheer Ali who teaches a class on the life and legacy of Malcolm X at City College of New York (CUNY).

A part of the Nation of Islam, he talked of separation, not integration; of the whites being devils, but he laid the foundation for the Black Power movement.

His language stirred fear and concern.

In a stark counterpoint to Martin Luther King’s philosophy of non-violence, Malcolm X said: “I am for violence if non-violence means we continue postponing a solution to the American black man’s problem.”

He was one of the early voices to speak out against the US’ growing engagement in Vietnam. And he infuriated many when, in reaction to the assassination of President John F Kennedy, he said it was “chickens coming home to roost”.

In early 1964, he split from the Nation after rifts developed with the group’s leader, Elijah Mohammad, a man he once idolised.

He decided to make the pilgrimage to Mecca.

It changed his worldview. He became a Sunni Muslim.

He started using the name el-Hajj Malik el-Shabazz more often, having earlier renounced his birth surname of Little as a “slave name”.

He told people seeing Muslims “of all colours, from blue-eyed blonds to black-skinned Africans” being treated as equals made him believe true Islam could help overcome racial problems.

He became more political – denouncing the two main parties as not doing enough for the black community and for the poor.

There are schools and roads and libraries named after Malcolm X but his legacy is stronger than that.

On Malcolm X Boulevard in Harlem, everyone I spoke to knew something about the man.

One young woman told me: “He was not just this angry man. Those views shifted because he’s not one-dimensional like none of us are.”

One older man who looked as if he was a child when Malcolm X was at his peak said: “It’s true he was a radical in the beginning, but after he became educated about different people and their struggles, he became a loving person.”

With events in Ferguson and New York and other places in the US where unarmed black men have been shot dead by police, there are many who believe that the thoughts and words of Malcolm X are still relevant.

They believe while it may look as if everything has changed, nothing has:

“I think that if we were to look at this current moment the legacy of Malcolm speaks to overcoming adversity, failing schools, the prison industrial complex, criminalisation of black men, unfair prison sentencing, all those things that Malcolm experienced,” Zaheer Ali says.

“I think the biggest takeaway for this generation is Malcolm’s indictment of the nation state. The failure of the state to fulfil its side of the social contract, to protect black life, black liberty, black property.”

He also believes this is a time for more figures like Malcolm X. Not a “singular messianic figure but multiple voices for the black community and all peoples interested in social justice”, he tells me.

When people talk about civil rights in the US and the difficult struggle, Martin Luther King’s name is perhaps more easily recalled, more easily placed.

But Malcolm X remains an icon, an enduring reminder of a struggle that was fought and that, many believe, is still not won. 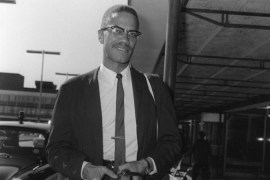 Respect the architect: Malcolm X, the elections and the politics of empire

To be black in America is enough to be deemed “un-American”, but to be black and Muslim is to be “anti-American”. 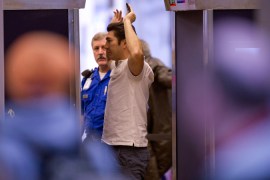 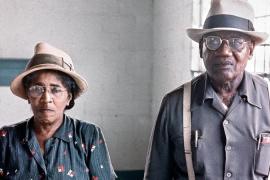 Freedom Summer and the unfinished work of the civil rights movement

Activists Mary King and Julian Bond reflect on the past, present and future of the civil rights movement in the US.