Ten months and counting. The UN Climate Change Conference in Paris is careering towards us at breakneck pace and what happens between now and the opening day on November 30th will be critical.

As we’ve been reporting on Al Jazeera, the month of January saw some milestone moments. 2014 was the warmest year on record and there has been more confirmation that ocean temperatures are rising – the heat gain apparently equivalent to two trillion continuously burning lightbulbs.

United States President Barack Obama has said he’ll veto the Keystone Pipeline and also extracted a commitment from Indian Prime Minister Narendra Modi to work together to pursue a strong climate agreement at the end of the year.

Next on the road to Paris, we stop at Geneva on February 8, where diplomats will meet for the first time since the Lima climate summit in December. They’ll aim to prune a sprawling 38-page text agreed in Peru into shape.

This is the document that will eventually become the final negotiating text in Paris. As it stands, however, the document is a mishmash of ambitions and proposals. The Geneva summit is an editing process and what elements are kept will dictate to what degree a Paris deal can reduce emissions.

Sounds easy, but we all know what’s actually ahead – a mind-numbing debate over the importance of a semi-colon or a single word.

There is some bold stuff in there, including a target to commit to zero emissions by 2050. That one sentence alone could take all week to resolve and, of course, it may not even make it to the final draft.

It will be the growing momentum outside those halls of wrangling and tedium that will push those inside to kick on. Expect marches and demonstrations as the year goes on – on the scale of those experienced during the New York summit last September. 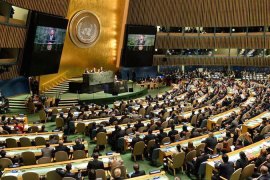 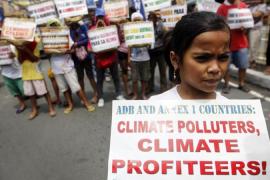 Climate activism: A change in approach?