Singapore – The Association of Southeast Asian Nations (ASEAN) is on course to declare its 10-member nations a unified common market as of December 31, 2015, but sceptics say European Union-style economic integration will be difficult to achieve.

Measures are largely in place designed to reduce trade barriers and ease investment, as well as the free flow of goods, services, investment and skilled labour.

Meanwhile, leaders of Indonesia and Malaysia in recent weeks have been pushing for a common time zone – as opposed to the current three spanning the ASEAN region. A single time zone would facilitate the ease of doing business within the region and allow for coordinated opening times for banks and stock markets, proponents say.

Some harbour doubts about the formation of the ASEAN Economic Community (AEC)  as it seeks to unify economies at vastly different stages of development – from capitalist playland Singapore to formerly junta-led Myanmar.

Yet others see an economic powerhouse in the making, with a population of some 620 million – larger than the European Union or North America – the third-largest labour force in the world behind China and India, and a growing consumer class.

Already ASEAN is referred to as Asia’s third pillar of growth after China and India.

We believe that a single Southeast Asian market will become an even more formidable economic force than it already is today.

Taken together as an integrated regional economy, the member states of the AEC  comprise the world’s seventh-largest economy. That’s behind the US, China, Japan, Germany, France and the United Kingdom, and ahead of India, Brazil and Russia.

“The formation of the AEC is a major milestone in ASEAN’s development as an economic community, and one that will generate new opportunities for businesses operating in this part of the world,” said Michael Zink, Citi’s head of ASEAN in Singapore.

“We believe that a single Southeast Asian market will become an even more formidable economic force than it already is today.”

Speaking recently in Bangkok, Zink compared December 31, 2015 to a “wedding party” for the region, with members working to adjust to the new marriage starting on January 1, 2016.

But others see the AEC as a paper tiger and point to obstacles to true economic integration, such economic nationalism and resistance to foreign-owned industries in member countries, such as Indonesia, and South China Sea maritime disputes that could threaten regional cooperation.

Incidents of religious sectarianism from Myanmar to Indonesia have some worrying that tensions over faith and identity may undermine ASEAN community tolerance and harmony.

Bureaucratic indifference and corruption also pose threats to economic harmony. For example, the World Bank’s 2014 Ease of Doing Business Index ranks Singapore first in the world out of 189 countries, while ranking the Philippines at 95, Indonesia at 114, Laos at 148, and Myanmar – which is working to open up its economy after decades of economic isolation and military rule – at 177.

While tariffs on trade have generally been lowered across the bloc, non-tariff barriers remain an obstacle, according to an analysis by Deloitte Southeast Asia.

Like the EU, the AEC will strive for greater regional ties, connections, and investment.

But unlike the EU, the AEC will accommodate the region’s diverse economies and political systems. There will be no ASEAN common currency like the euro, and no governing authority such as the EU’s.

Jayant Menon, an economist with the Asian Development Bank who blogs frequently about ASEAN issues, said AEC accords may go unenforced by some member nations.

“If the AEC is to be more than a display of political solidarity, ASEAN must find a way to give the commitments more teeth,” Menon wrote.

“The ASEAN Economic Community is largely about businesses participating in this singular market idea, and all of the surveys conducted so far suggest low awareness, and even lower preparedness,” he said.

“Awareness of the AEC, what it is, what it might mean, is extremely low among the member countries.”

Vietnam’s Deputy Prime Minister Pham Binh Minh said recently that some 60 to 70 percent of his country is aware of the AEC.

A survey by the Singapore Business Federation in January found two out of five firms were completely unaware of it.

One country where the private sector is active in preparing for the AEC is Thailand, where the business community sees an opportunity to further expand ties into neighbouring Cambodia, Myanmar, Vietnam, and Laos, Menon said.

ASEAN’s dream of economic integration has a long history.

In tumultuous 1967, as the American War in Vietnam raged and violent conflict beset Cambodia and Laos, five neighbouring countries formed the Association of Southeast Asian Nations (ASEAN), in the hope that its members’ leaders could promote security, sociocultural ties, and regional economic growth.

While it has long been criticised as ineffectual – for example, failing to effectively promote human rights and democracy – ASEAN hopes it is ready to deliver on its promise of far-reaching economic cooperation among its members.

In October 2003, ASEAN committed itself to the creation of a single market.

The AEC Blueprint, setting out specific guidelines and principles, was adopted in 2007.

Multinational companies and investors in ASEAN stand to benefit from the financial savvy and capital of developed economies such as Singapore and the competitive costs and abundant labour and resources of the less-developed member countries.

With investments in infrastructure and human-capital development, ASEAN may increase its global competitiveness in a wide range of industries.

The industries likely to expand at least initially thanks to the AEC are manufacturing sectors such as electronics, car parts and components, as well as chemicals, textiles, and clothing, the ADB’s Menon said.

Firms positioning themselves for ASEAN growth include American automobile giant General Motors (GM), which moved its international headquarters from Shanghai to Singapore last summer, and logistics company DHL, which plans to vastly increase its warehousing footprint by 2018 in anticipation of the region’s increasing logistics requirements.

ASEAN leaders point to cosmetics makers as an early example of an industry that is making strides towards “One Standard, One Market” integration.

By working under a common definition for cosmetics, labelling requirements and industry standards, makers of personal care products are able to boost exports to major markets such as Japan and the US, and keep with up consumer trends such as a growing demand for halal and men’s products, said Elaine Tan, executive director of the ASEAN Foundation.

An ASEAN Open Skies Agreement is designed to create a single aviation market and allow for more flights, which will increase trade, investment and tourism, proponents say.

Eventually, ASEAN may integrate into a truly borderless economic community united by a single time zone. But leaders urge patience as the process slowly unfolds.

Malaysia Trade Minister Mustapa Mohamed, whose country holds the rotating presidency of the Southeast Asian bloc this year, said the full impact of integration may not be felt until perhaps 2020.

“The business community wants ASEAN to be integrated as one entity. The fact is that there are border issues, customs, immigration, and different regulations,” he said. 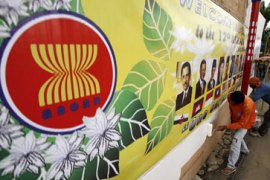 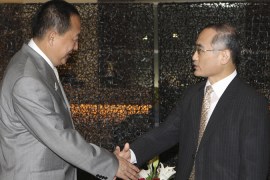 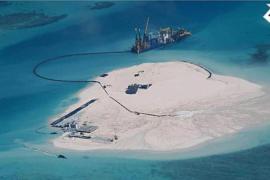