Tokyo, Japan – Your grandmother was more correct than even she intuited when insisting you chew your food properly.

According to clinical results from a leading Japanese dental researcher, the act of chewing well can have a profound impact on your physical and mental health, especially as you advance in years.

Given the rapidly ageing population in Japan and elsewhere, these studies could have great import for government healthcare schemes and healthcare spending priorities around the world.

Speaking to journalists at the Foreign Correspondents’ Club of Japan in Tokyo earlier this month, Hideo Kawahara, a past president and now senior consultant to Japan’s Academy of Clinical Dentistry (ACD), explained how elderly sick patients recovered their vigour and alertness upon regaining their ability to chew.

Kawahara illustrated his findings via video with a number of case histories showing how he treated patients at his clinic or their homes. Some were unable to walk unassisted, several were bed-ridden, while others couldn’t feed themselves.

After he fitted them with well-designed dentures or dental implants and taught them to chew food anew, including hard foods, their health improved dramatically.

Kawahara was joined at the press conference by Akira Uehama, president elect of the ACD and a practising dental surgeon.

Uehama called the clinical findings of Kawahara a “chewing revolution”.

“Restoration of chewing functions is the key to the surprising recovery of physical and mental functions of these elderly [patients],” said Kawahara.

In one such case, a man in his 80s suffered a heart attack, retreated to his bed and refused further medical treatment, all but giving up on life. His dedicated wife and friends lovingly forced him to visit Kawahara’s clinic for dentures to replace his few remaining teeth.

At the clinic, unable or unwilling to walk, he had to be literally hauled to the dentist’s chair.

After being fitted with a full set of dentures and practising chewing exercises, the patient was again able to eat the foods he once enjoyed, and in mere months had made a spectacular recovery and was able to walk unaided and savour life again.

Kawahara can count 30 such cases were patients made similar dramatic recoveries from various illnesses, and he has helped some 400 patients to chew and bite properly again after they had all but lost that ability.

In attempting to explain these astonishing and heart-warming results, Uehama noted the action of chewing food, “stimulates the cerebral vasculary system and increases the blood flow. This in turn affects the systemic state of health”.

In other words, he posited that given the close proximity of the mouth to the brain, the process of chewing elevates blood flow to the brain, which in turn can have a positive effect on the entire body.

He also reasoned that improvement of mental functions and sharpness comes about because chewing food involves all the senses: sight, smell, taste, touch (food textures) and hearing, the latter when we crunch on an apple, for example.

Consequently, chewing both activates and stimulates various parts of the brain, including areas relating to memory and motivation.

In addition, Uehama noted: “Chewing also plays an important role in the coordination of the muscles that are involved in mastication, swallowing and respiration.”

When we swallow, for instance, we must momentarily stop breathing.

So although the process of chewing and swallowing is performed without much conscious thought, it involves a complex series of integrated sequences requiring adroit management by the brain.

While Kawahara’s results are the findings of just one practitioner, there is a growing body of evidence supporting how chewing is important for health to be found in the dental research literature.

A study by Cardiff University in Wales found chewing gum can help concentration over an extended period.

Researchers found a group of participants who chewed gum were more alert and better able to perform on tests than a non-chewing group.

“In particular, correct RTs [response times] were significantly shorter following the chewing of gum in the latter stages of the task,” said the study, published in the British Journal of Psychology .

Researchers from the Department of Odontology and the Aging Research Center at the Karolinska Institute, in Stockholm, Sweden, looked at tooth loss, chewing ability and cognitive functions in a sample of more than 550 people aged 77 or older. They found the ability to chew is linked to a reduced risk of dementia.

The researchers reported in a 2012 research paper  there is “a significant association between chewing ability and cognitive function even after adjusting for age, sex and education. Persons with difficulty chewing hard food have significantly greater odds of cognitive impairment.”

Professor Matt Trulsson, head of Department of Dental Medicine at Karolinska Institute, said chewing research related to brain function has been a work in progress.

“This idea that the masticatory functions could be important for cognitive functions has been around for maybe 15 years,” he said.

Trulsson, who helped conduct the study, told Al Jazeera: “It started with research on rodents in Japan that showed that if you interfere with the masticatory functions in any way, you get biological effects in the brain. But you can’t draw the same conclusions for humans. We don’t really know yet. We need much more research on humans to be able to say that.”

Others concur. Perry Klokkevoid, an associate professor of periodontics at the UCLA School of Dentistry in the United States, attended a meeting when Kawahara presented his findings.

While Klokkevoid stressed his own field of expertise differs, he told Al Jazeera: “Overall my impression is that the dental care [Kawahara] provided did help these patients in terms of self esteem, ability to eat, motivation to do better and, ultimately, [ingest] better nutrition. But controlled studies will need to be done to critically assess the effect of such treatments.”

Meanwhile, the hundreds of patients Kawahara has helped in Japan are happily chomping on the bit of life once again. It appears wise to follow grandmothers’ advice: Chew your food well. 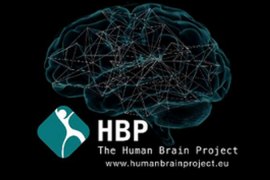 Almost 200 neuro-scientists say $1.6b bid to recreate human-brain function on supercomputers will waste too much money. 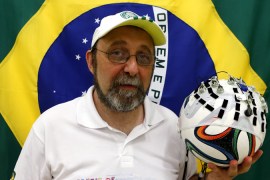 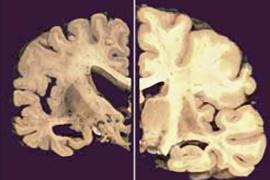 Researchers say they may have developed drug against Alzheimer’s, Parkinson’s and other similar brain disorders.